Someone just stabbed that man

As a country bumpkin from Minnesota, I wanted to be a tough New Yorker, but people told me I was just "too nice" 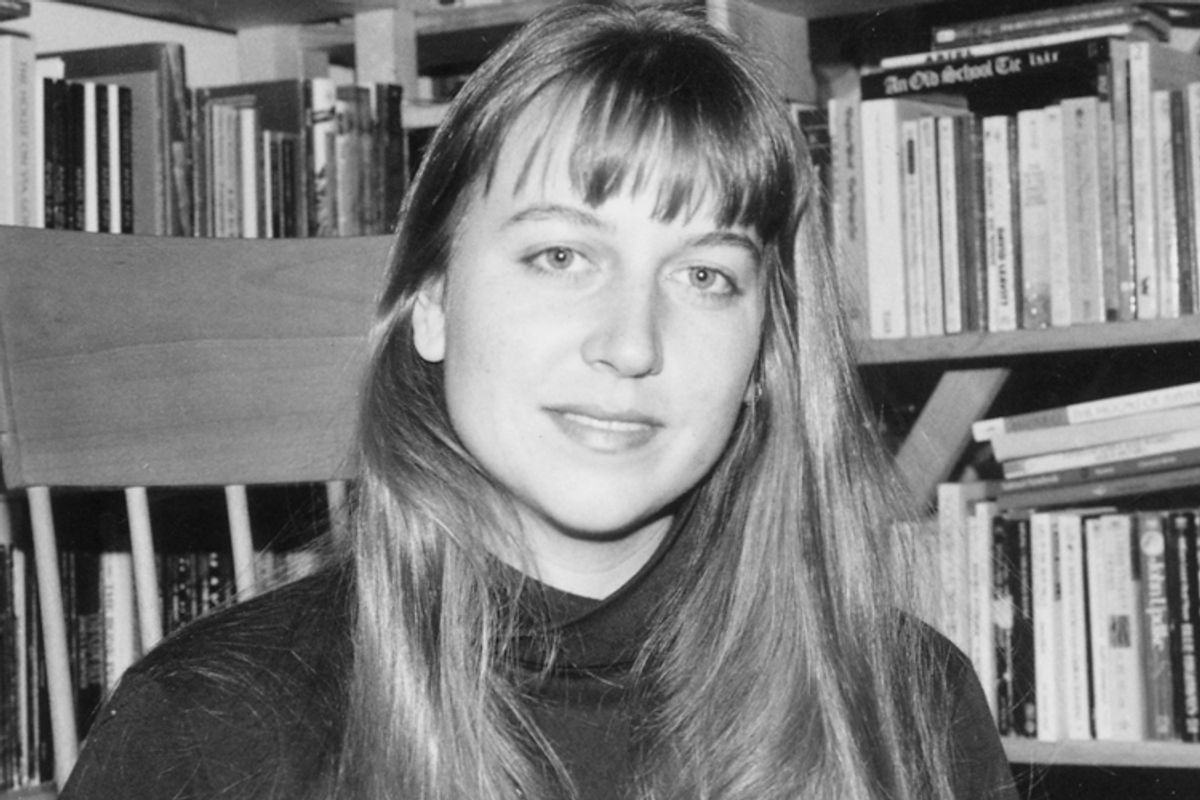 Excerpted from "Goodbye to All That: Writers on Loving and Leaving New York"

I saw a man get stabbed on a sunny afternoon in the West Village on my twenty-fourth birthday. He didn’t die. He didn’t even call out for help. He just cursed the man who’d attacked him in a language I could neither understand nor identify while clutching the place on his thigh where the knife had entered it, his palms smeared with blood. I was sitting alone at a little wooden table on the sidewalk across the street, drinking coffee and eating a slice of cake in the warm September sun.

“Someone just stabbed that man,” I said loudly to the waiter, who emerged from the café doors moments after the attack.

He turned to glance at him. The injured man remained in the spot where he’d been stabbed, across the narrow street from us on the edge of a small park I didn’t know the name of. He’d run there in the moments before the assault, attempting to shield himself with a metal bike rack. In a last-ditch effort he’d tried to lift the entire impossible apparatus, hoping to topple it onto his assailant. He’d hoisted it perhaps two feet before it crashed back onto the pavement with a frightful clatter. In the next instant the knife was in his leg. In spite of the assailant’s force, his delivery was almost delicate, the deed done in one elegant jab, as if he were popping a balloon. Then, without a sound, he ran, knife in hand.

That’s when the victim cried out in the language I didn’t understand and the waiter came outside.

“I wouldn’t worry about it,” he said to me now, languidly reﬁlling my coffee cup from the pot he carried.

Of all the things to worry about, it seemed a man getting stabbed a dozen yards away would be the thing. And yet, how strange it was that it appeared I was the only one who was alarmed — there’d been other witnesses to the stabbing, the dozen or so people who’d been walking along the sidewalk when the clamor began. Some had paused to watch, others had crossed the street to avoid it, but they’d all continued on their way once it was over.

“Hey!” I hollered to the injured man after the waiter went back inside the café. “Do you need help?”

He looked in my direction and shook his head vaguely, then rambled away in a limping fashion as if I’d chased him off, his jeans bloody and torn where he’d been wounded.

I’d been living in New York City for little more than a month by then. I was renting an apartment on Seventh Avenue in Park Slope with the man who was then my husband and waitressing at a place ten blocks away. It was 1992, a time when unknown writers who were married to even more unknown musicians and paid the bills waiting tables could still afford to rent an apartment on Seventh Avenue in Park Slope. On my days off I roved the city like a gleeful tourist, feeling important simply to be there. I went to the tops of the Empire State Building and the Statue of Liberty. I wandered Central Park and the Brooklyn Botanic Garden. I waited in line for nosebleed tickets to the opera and off-Broadway plays. I visited MOMA and the Whitney and the Met. I poked around the East Village and SoHo. I hung out at the Strand and CBGBs and strolled meaningfully past the Chelsea Hotel thinking of all the glorious and fucked-up people who’d stayed there.

I am in New York City! I couldn’t help but exclaim silently in my head every now and then, country bumpkin from Minnesota that I was. I couldn’t keep myself from thinking everything in New York was superior to every other place I’d ever been, which hadn’t been all that many places. I was stunned by New York. Its grand parks and museums. Its cozy cobbled streets and dazzlingly bright thoroughfares. Its alternately efﬁcient and appalling subway system. Its endlessly gorgeous women clad in slim pants and killer shoes and interesting coats.

And yet something happened on my way to falling head over heels in love with the place. Maybe it was the man getting stabbed that no one worried about. Or maybe it was bigger than that. The abruptness, the gruffness, the avoid-eye-contact indifference of the crowded subways and streets felt as foreign to me as Japan or Cameroon, as alien to me as Mars. Even the couple who owned the bodega below our apartment greeted my husband and me each day as if we were complete strangers, which is to say they didn’t greet us at all, no matter how many times we came in to buy toilet paper or soup, cat food or pasta. They merely took our money and returned our change with gestures so automatic and faces so expressionless they might as well have been robots.

“Do they really not recognize us?” I asked my husband on a regular basis, both of us mildly outraged by this tiny thing that grew to feel like the greatest New York City crime of all, to be denied the universal silent acknowledgment of familiarity, the faintest smile, the hint of a nod.

Maybe it was the way my customers at the place where I waited tables always knew I wasn’t from there because I was “too nice” — “Minnesota Nice,” one group of regulars had nicknamed me — much as I attempted to seem like a harder, cooler, more dazzling thing: a New Yorker.

In the end, I had to realize it was never meant to be. It wasn’t New York. It was me. I’d entered the city the way one enters any grand love affair: with no exit plan. I went willing to live there forever, to become one of the women clad in slim pants and killer shoes and interesting coats. I was ready for the city to sweep me into its arms, but instead it held me at a cool distance. And so I left New York the way one leaves a love affair too: because, much as I loved it, I wasn’t truly in love. I had no compelling reason to stay.

On a cold afternoon in February, my husband and I loaded our things into a pickup truck that was double-parked on the street on Seventh Avenue, each of us taking turns alternately guarding the truck from would-be thieves and going up and down the stairs with boxes. Past dark, our work done hours later than we’d hoped, we got into the cab with our two cats in their kennels squeezed between us. Just as my husband started the engine, there was a loud rapping on the window a few inches from my head. I turned with a start and saw the man who owned the bodega. The one who’d never once shown us a glimmer of recognition. He was beaming now and holding a bag of tangerines. I stared at him for a moment, startled and uncertain, until he made a motion with his hand for me to roll down the window and I did.

“For you,” he said and handed me the tangerines. “Good luck.”

Excerpted from "Goodbye to All That: Writers on Loving and Leaving New York," edited by Sari Botton. Available from Seal Press, a member of the Perseus Books Group. Copyright 2013.