While America has a horrible blood shortage, the FDA bans donations from most gay men. Here's how that may change 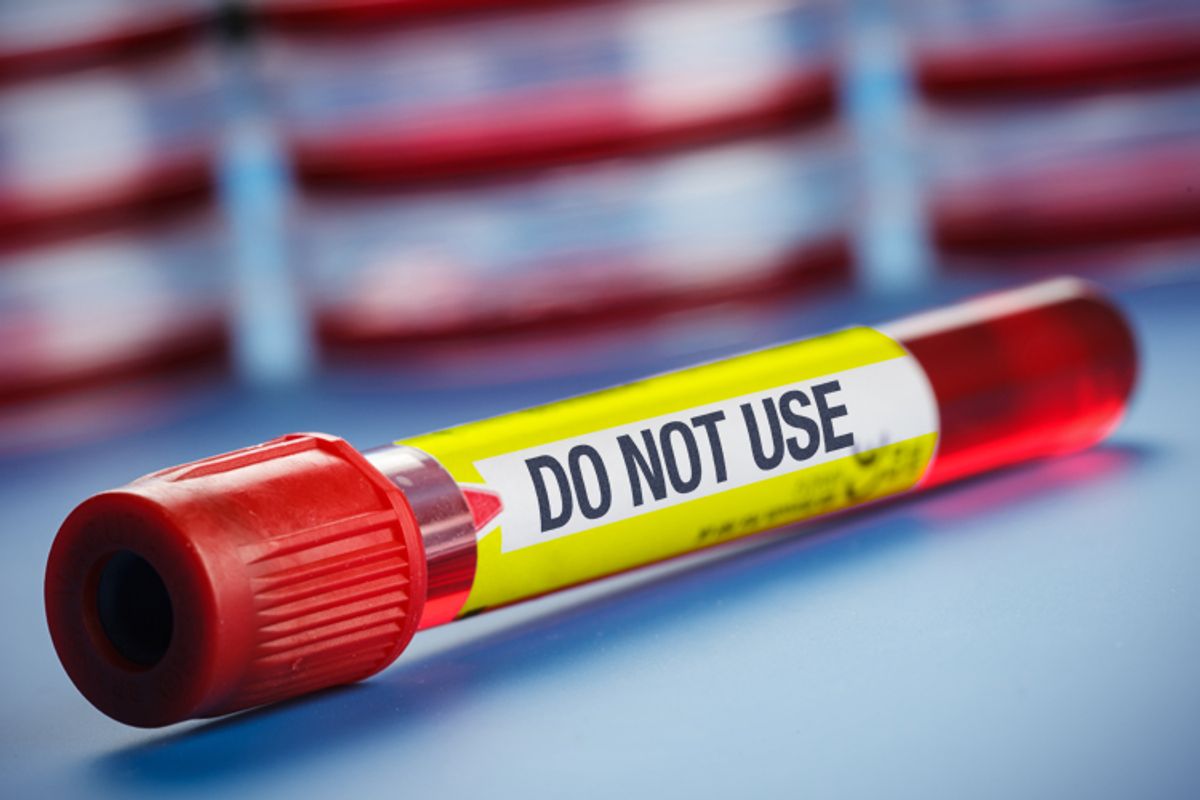 In another example of bigotry that also yields deleterious practical effects, the Food and Drug Administration continues to ban blood donations from men who’ve had sex with men in the past 36 years. And a California congressman now tells Salon it amounts to “outright discrimination” against gay men.

“It’s almost like racial profiling,” said U.S. Rep. Mike Honda, D-Calif., in an interview last week. “You know, ‘If you’re a gay man you must therefore have diseases which makes it impossible to donate blood.’”

“Nobody likes to be pre-stereotyped into a category,” said the congressman. He noted the example of a friend and California mayor who pointed out that he could host a blood drive but not participate himself. “That stuck in my head,” said Honda, who’s raised the issue repeatedly since 2008 and recently launched an online petition to the FDA.

Honda is also one of 86 members of Congress who last month contacted Secretary of Health and Human Services Kathleen Sebelius to say they were “deeply concerned about the timeline” of HHS’s ongoing evaluation of the 30-year old ban, which an HHS Advisory Committee concluded was “suboptimal” in 2010, but didn’t call to overturn.

Along with liberal stalwarts like Elizabeth Warren and Sherrod Brown, the signatories included GOP Senator Mike Enzi, whose press secretary told Salon in an e-mail the Wyoming conservative lent his name because “there is a critical shortage of donated blood in this country” and he “supports finding ways to expand donations in a safe, scientifically-backed manner.”

Reached by e-mail, FDA spokesperson Morgan Liscinsky said the agency’s “primary responsibility with regard to blood and blood products is to assure the safety of patients who receive these life-saving products.” “Deferral of MSM [Men who've had Sex with Men] from donation of blood and tissues,” wrote Liscinsky, “is based on well-documented observations of much higher rates of transmissible diseases among some MSM than in the non-MSM general population.” She added that the FDA also defers donors with “similarly high risks for exposure” due to factors including “intravenous drug abuse,” “commercial sex workers,” hepatitis, or travel to “areas with high levels of malaria or risk for exposure to Mad Cow Disease.”

But Congressman Honda noted that not all “risk factors” are treated equally. Honda told Salon that after he returned from the Peace Corps and tried to donate, he was also asked follow-up questions regarding when he’d come back and what medicine he’d taken, and then told he couldn’t donate for “I think five or six years. I said, ‘Ok, that makes sense.’”

“I understand that you want to have a safe blood supply, I get that,” said Honda. “But the crude process of one question in a general questionnaire saying, ‘yes I’ve had sex with men,’ and then automatically being eliminated without any analysis doesn’t make any sense.”

The American Medical Association passed a resolution opposing the current ban in June. In a statement to ABC, Board Member William Kobler urged “a federal policy change to ensure blood donation bans or deferrals are applied to donors according to their individual level of risk and are not based on sexual orientation alone.” Past critics of the gay blood ban include then-senator John Kerry, who now serves with Sebelius in Obama's cabinet.

Honda told Salon that following the congressional letter, the FDA informed him that it aimed to complete three studies and a possible policy paper related to the issue “by the end of the year, or by mid-2014,” which could potentially lay the groundwork for a policy change. Honda said it was his understanding that the agency had explored conducting a larger-scale, multi-year study but decided against it, and thus there was “a reasonable expectation that we’ll have something by 2014.”

Asked if he was satisfied with that response, Honda answered, “Satisfied wouldn’t be the right word. I am informed sufficiently to have an expectation of some outcome.” He expressed his intent to “monitor them,” “push them,” and “hold them accountable” in the interim.

The FDA’s Lucinsky told Salon that “Although scientific evidence has not yet demonstrated that blood donated by MSM or a subgroup of these potential donors does not have a substantially increased rate of HIV infection compared to currently accepted blood donors, the FDA remains willing to consider new approaches to donor screening and testing.” If such approaches could assure the absence of “increased risk,” she said, “the FDA will consider a change to its current policy.” Following studies currently underway, she added, “HHS intends to provide opportunities for discussion in a public forum.”

Enzi Press Secretary Daniel Head told Salon the senator “appreciates the FDA’s desire to consider any changes to the current policy through a thoughtful and evidence-based process, but this process should not be unnecessarily delayed.”

Others have taken up other tactics to push for change at the FDA. In July, documentary filmmaker Ryan James Yezak organized a national day-long blood drive to collect donations from HIV negative gay and bisexual men. He told CNN that the blood gathered would be sent to the FDA.