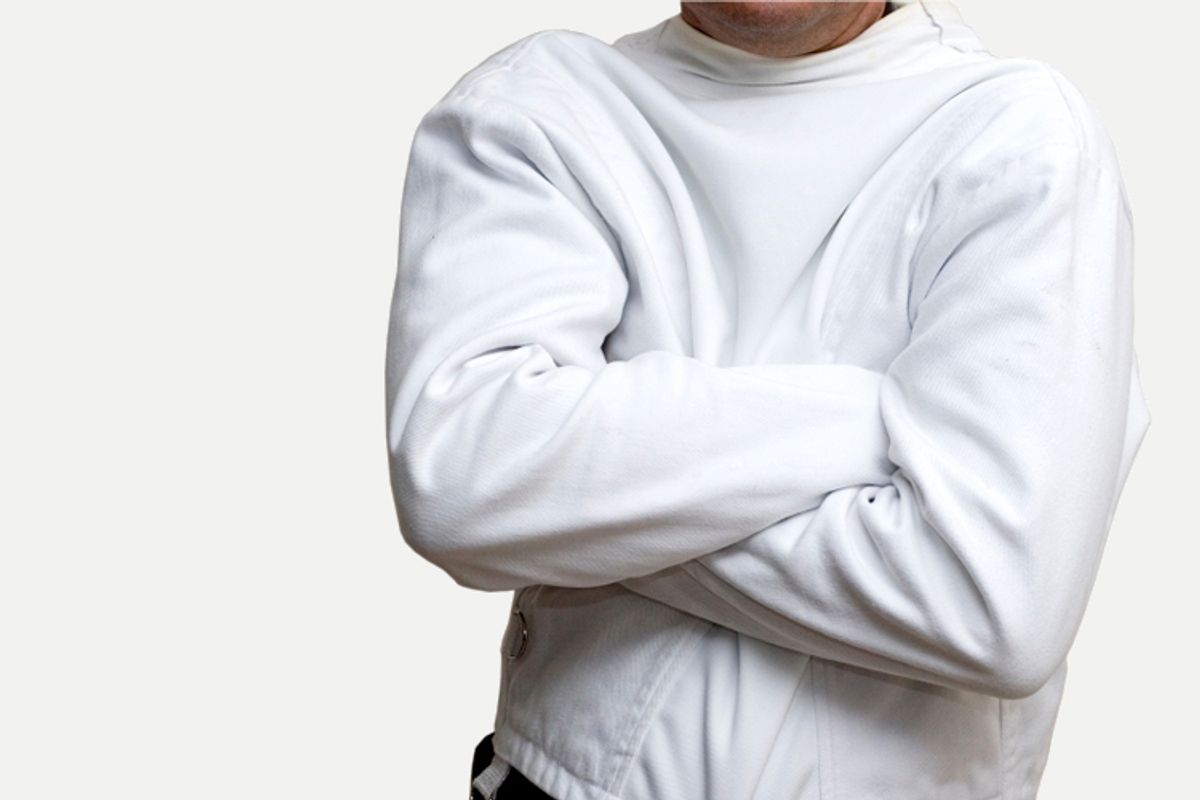 October is almost upon us, and you know what that means: Welcome, welcome, one and all, to the most sartorially offensive time of the year. We're already hip deep in the annual deluge of slutting up adult women -- trampy Leatherface, anyone? – and peddling the naughty diva image to preschoolers, but let us not forget that retailers want to assure that male revelers too can find their own special ways of being irksome and gross.

On Friday, Wal-Mart pulled the Fun World brand "Turban & Beard Instant Costume" from its shelves after pressure from the Sikh community. The online image for the costume – which is still for sale at retailers including Rite Aid, Sears and Amazon – depicts a man in bin Laden-style military garb, though Amazon helpfully notes the camouflage is sold separately. And if you want to order a "(Fancy Dress) Terrorist Fancy Dress Mask" you can order that separately too. The Sikh Coalition noted that the costume perpetuates "negative stereotypes about turbans and beards that have led to violence and discrimination against Sikhs and other minorities." And in a statement to the Huffington Post, director of law and policy Rajdeep Singh added, "If you lost a loved one during the 9/11 attacks or during our nation's war against Al Qaeda, or if someone attacked your father in a hate crime because he wears a turban, I doubt this costume would make you comfortable." In 2012, six people were gunned down in a mass shooting in a Sikh temple in Oak Creek, Wis.

A Wal-Mart spokesman now says, "We disabled this item for purchase and are in the process of immediately removing it from our site. We sincerely apologize to any customers who may have been offended by this costume." It's a welcome move from Wal-Mart – one that acknowledges a corporate responsibility to not perpetuate hurtful stereotypes. And it's too bad that the sweeping implication fully present in the way the costume is still being sold in too many mainstream outlets makes those stereotypes clear – beard + turban = terrorist.

Across the pond, meanwhile, other retailers are facing criticism – and withdrawing costumes from their shelves – after a different kind of outcry. The Tesco chain has just dropped its "psycho ward" costume and Asda has done the same for its "mental patient fancy dress costume" -- and both stores have agreed to make contributions to the mental health awareness organization Mind. Straight from the nation that brought you Bedlam, the original Asda description of the costume had read, "Everyone will be running away from you in fear in this mental patient fancy dress costume." The company, which is owned by Wal-Mart, has now called selling of the costume "an unacceptable error."

Naturally, there have been plenty of reactions to the pulling of the costumes, on Twitter and elsewhere – including vocal dismay from those who call it "a massive overreaction." But the truth is that in Halloween parties all over the world, people are still going to cobble together racist costumes under the guise of being funny or edgy. People are still going to dress up like wild-eyed, restraints-wearing "mental patients." And trust me, turbans and blackface and women dressed up as "sexy Indian" babes are still going to happen. Right now, someone is ordering an armband with a swastika on it and not seeing anything weird about the description that "This Nazi Costume Armband will appeal to boys and girls of all ages."

If you want to be an insensitive jackass, you're always going to have plenty of opportunity. But we are fortunate to live in an era in which insensitive jackassery is also going to be called out for what it is, one in which major corporations are going to be challenged on the question of whether they want to participate in hateful bigotry and stigmatizing. It won't stop the determined, but then, if you think it's cool to parade around in a manner that's racially tone-deaf or clueless about mental illness, chances are you're not confining your idiocy to one night a year anyway.