The problem with "Breaking Bad's" finale 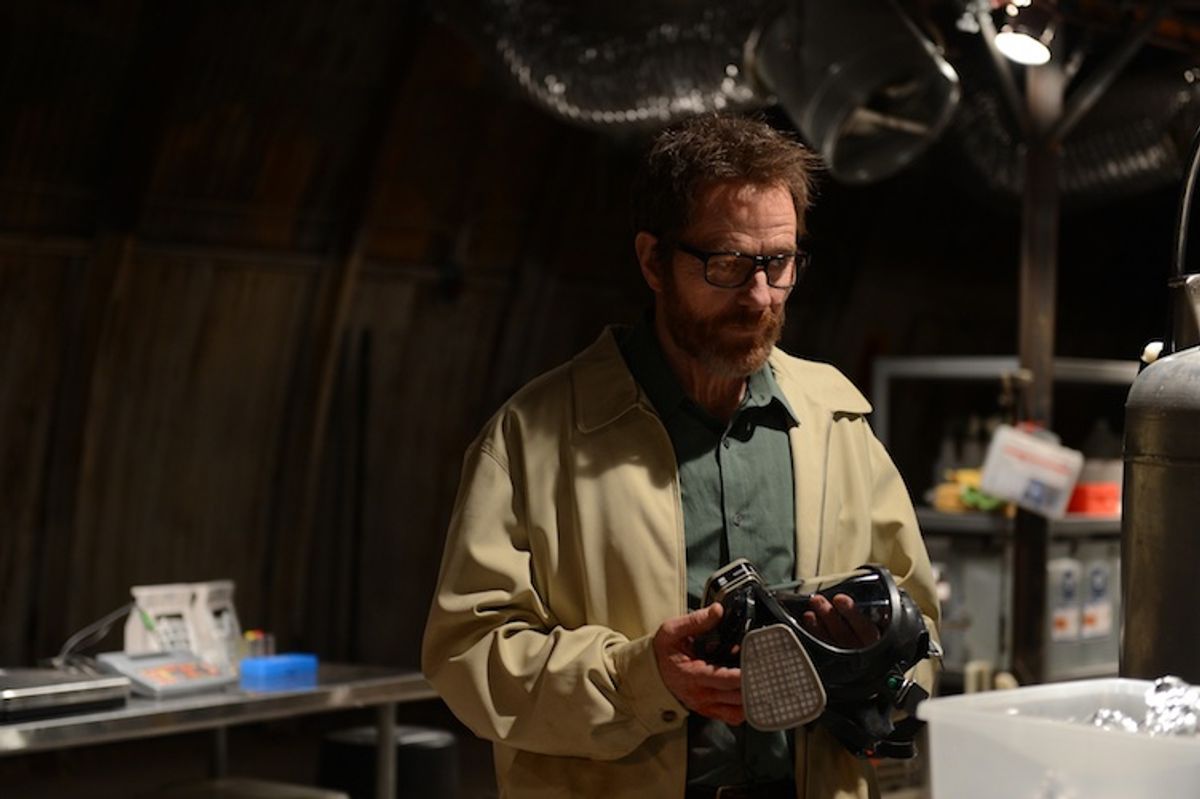 A series finale matters now more than ever. Sure we wanted "Seinfeld" or "Friends" to wrap up nicely, but that was before TV shows lived on and on through streaming services like Netflix or Hulu. Now the finale is not just a rewarding destination for hardcore fans but something that could stop future viewers from even starting out on the journey. While it had a great run through the middle of the series, I would counsel new viewers against starting "Lost" because the ending is so disappointing.

The much-touted finale of "Breaking Bad" on Sunday night was nearly perfect, giving us some great, emotional moments and tying up all the major story lines quite nicely. Even Badger and Skinny Pete got some closure (but not poor Huell, still sitting in his house waiting for eternity). But it may cause a problem for the show's legacy. Creator Vince Gilligan has famously explained "Breaking Bad" as Walter White's transformation from Mr. Chips to Scarface. The difference is, Scarface ends up bloody in a fountain, shot several times by a rival drug lord's gang. He gets what he deserves. Walt ends up dying on the floor, fondly remembering his days of cooking meth, and bleeding from what is essentially a self-inflicted wound. He's not dead, he's martyred, having saved the day for the last time.

"Breaking Bad" always had an interesting tension for the viewers who knew that Walt was a horrible person who did horrible things and yet strangely rooted for him to succeed. A few episodes earlier, when the gang of neo-Nazis stole his money, I sat on my couch and wondered, "Damn, how is Walt going to get his money back? He needs to get his money back!" That's the way you root for a hero, but Walt is not that hero.

Except the finale painted him as one. Like so many times before, he was the smartest man around and outwitted all the other players to come out triumphant. The audience got what they wanted: Walt came out on top. He paid for victory with his life -- but then, we were always promised Walt's death. If it wasn't a bullet that got him, it was going to be the cancer, so getting shot and dying isn't such a price to pay for a man with little time left.

In the finale, Walt got revenge on his old friend and his wife who screwed him over with their tech company (arguably the real driving force in turning Walt into Heisenberg), he got to give his kids the money he made, even though they didn't want it. He made peace with Skyler, he saved Jesse, he killed the evil men still making meth and Jimmy Choo-wearing drug lord Lydia. He saved his family from retribution. He even gave Marie the closure she needed by showing Skyler where Hank's body was buried. Yeah, Walt turned out to be not such a bad guy.

Except, you know, he caused all those problems in the first place. While he made amends, there is nothing that he could have done to make up for watching Jane die, causing Hank's death, dragging Jesse further into a life of crime, killing Mike and all his men, or ruining Skyler's life. Nothing. Even when he finally admits to Skyler that he did it all because he liked it and it made him feel good, he never even apologizes. Not even a simple "I'm sorry" to the woman whose faith in humanity he decimated.

But in the end, Walt got to go out on his own terms, a courtesy that he didn't give anyone else on the show. His final act at the neo-Nazi headquarters was a perfect end to the series, because it's what we've seen Walt do so many times. Just as he did with Tuco, blowing up his hideout, or with Gus Fring, blowing off his face, Walt used some ingenuity and intellect to get what he wanted. We all cheered because that is what we are trained to do: hope that the main character makes it out alive.

What I worry about is that Walt is going to be made into some folk hero, like Scarface, someone whom people aspire to be. In the end Walt died along with what he loved best, meth-making equipment -- the legend Heisenberg, clutching at his gas mask and remembering the good old times with a gleam in his eye. This final death cast the whole series in a way that absolves Walt, that somehow make his actions OK because he put it all right before he died. That's not the case. We can never forget that Walt is a horrible, selfish, narcissistic, evil man, as blithely sociopathic as Todd, who could lie so easily and with a smile on his face. Even his final march through Albuquerque was selfish, dragging everyone back into his web so that he could find some sense of fulfillment, regardless of how they might feel about his involvement in their lives.

When the cops rush in and everything is set right again, we can't help but feel a bit of fondness for Walter White, that he finally found some peace. But redemption shouldn't have even been on the table. Walt chose again and again to lead a life of crime and put his own needs and his own life before everyone around him, and those are the moments we need to remember forever, not the calm ones on the meth lab floor. His death was promised from the beginning -- in the end, let's not let it mean more than it should.

Brian Moylan is a writer and sexperiment who lives in New York and bruises quite easily. Follow him on Twitter @BrianJMoylan.