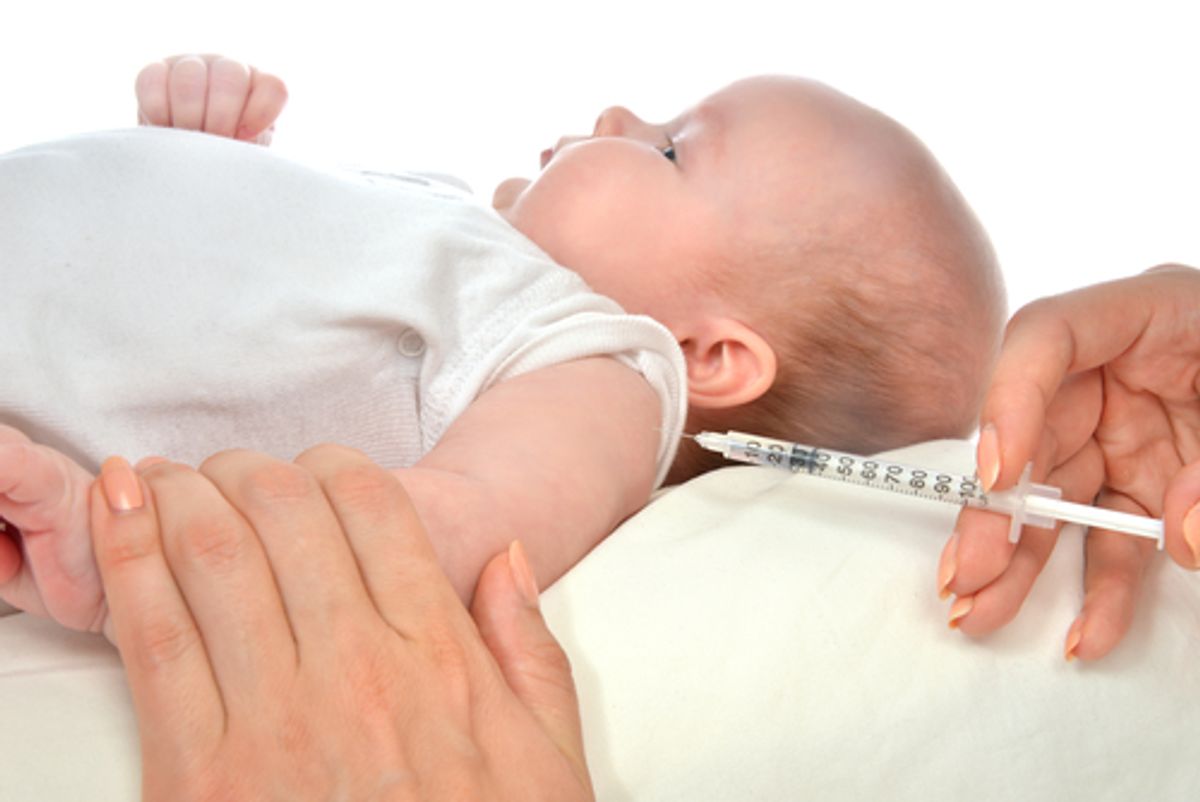 Over 9,000 people fell ill in California's 2010 whooping cough outbreak, which ultimately took the life of ten infants. And people who refused to vaccinate their children, new research confirms, contributed to the outbreak's severity.

[Researchers] compared the location and number of whooping cough, or pertussis, cases in that outbreak with the personal belief exemptions filed by parents who chose not to vaccinate for reasons other than a child's health. (Some children with compromised immune systems aren't able to be vaccinated.)

They found that people who lived in areas with high rates of personal belief exemptions were 2 1/2 times more likely to live in a place with lots of pertussis cases. "The exemptions clustered spatially and were associated with clusters of cases," Jessica Atwell, a graduate student at Johns Hopkins Bloomberg School of Public Health and lead author on the study, told Shots. It was published online in the journal Pediatrics.

It doesn't take a lot to push a community over its tipping point -- according to NPR, a community loses herd immunity after the vaccination rate drops below 95 percent. In 2010, only 91 percent of California kindergarteners were up to date on their shots. The researchers found that in some neighborhoods, especially those with high income and education levels, exemption rates were as high as 75 percent.

That parents' refusal to vaccinate their kids puts everyone at risk should now be common knowledge. But according to the researchers, another potential contributor to the outbreak was adults not getting booster shots. For more on why it's important for parents -- and anyone who spends time around young children -- to keep themselves vaccinated, here's former vampire slayer and current mother of two Sarah Michelle Gellar: