An anxious Fox News blames the shutdown on Obama

On the GOP's house channel, the shutdown is part of Obama's master plan -- but it hurts the "Republican brand" 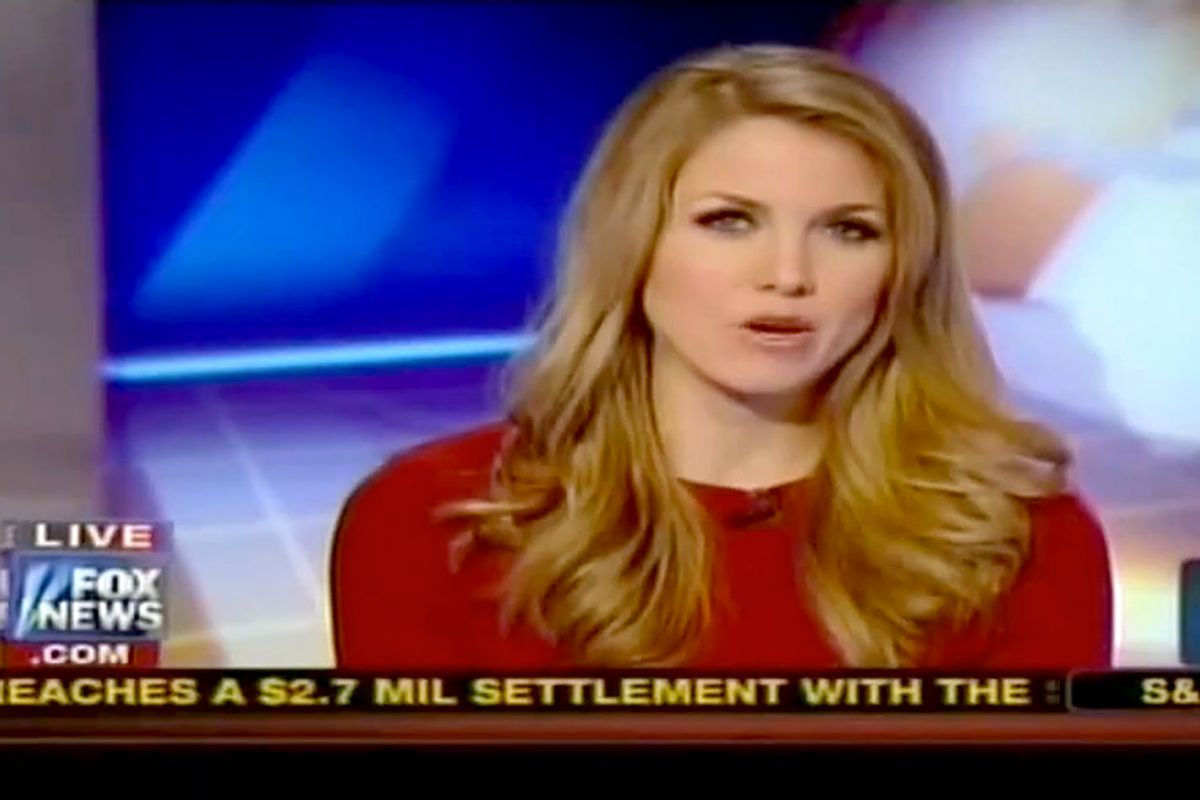 “Did you know your government is partially closed?” said the leathery Mitt Romney look-alike who co-hosts “Happening Now,” the perky midday program on Fox News Channel. (OK, his name is actually Jon Scott.) Fox News knows this fact, but Fox News does not know exactly what to say or do about it. Indeed, if you choose to read the tea leaves this way, the evident discomfort in Fox’s Tuesday news coverage of the shutdown feels like a clear sign of rupture and weakening resolve within the conservative movement.

Scott and co-host Jenna Lee – who used to co-host a Fox Business Network show called “Money for Breakfast” – made a number of nervous jokes about the fact that the sun had indeed come up this morning, and that it was a beautiful fall day up and down the Eastern seaboard. Someone, somewhere, has already made the argument that this means the Almighty approves of the shutdown, but the Fox hosts left us to infer that. National Review’s always-entertaining Jonah Goldberg, who doesn’t actually think the shutdown was a good idea, explained that it fell well short of the anarcho-apocalypse apparently predicted by liberals (though I don’t know whom). He was calling in from St. Paul, Minn., for some reason, and announced: “I kept expecting roving bands of marauders to surround my hotel! It’s not like people are fighting like cats and dogs and drinking puddle water.”

Indeed, the conclusion that “Happening Now” kept circling around and nibbling at, throughout the midday programming bloc that led up to Benjamin Netanyahu’s United Nations address and Obama’s Rose Garden speech, was this: Of course Obamacare is terrible and the president is being intransigent by refusing to “negotiate” with the GOP’s Tantrum Coalition and the media is “wildly biased” against the Republicans and so forth. But the shutdown is both a strategic mistake and a tactical error, certain to fail in the near term and likely to have bad political consequences for the Republican Party into the future.

Mind you, one could feel the channel’s producers trying to pivot away from the shutdown and distract the viewership with something else, almost anything else – Iran’s alleged nukes, random New York City crime stories, the new trial of sex-slaying suspect Amanda Knox – only to come creeping back every few minutes, like a child picking at an especially itchy scab. Several commentators, including Jamie Weinstein of the Daily Caller and Goldberg -- who unites the roles of right-wing intellectual and rodeo clown like no one else -- protested that the day’s real story ought to be the “glitches” involved in today’s rollout of the 50 different Obamacare insurance-exchange websites. They argued that the shutdown was overshadowing those burning issues. (Because most of the time the Internet is so free of problems, I guess.) Everyone carefully avoided the obvious point – made by Obama later in the day – which was that the overloaded Web servers and 404 pages on the insurance sites reflected enormous demand for what they were offering.

Even Karl Rove, whose role as a Fox commentator is always to make the most demented and chaotic Republican strategy look brilliant, found himself pinned on the horns of a dilemma. Rove has never believed that the shutdown was a good idea, and his command of basic political arithmetic is such that he was prepared to avoid a big showdown on Obamacare and move on to other battles. But Rove also cannot afford to be perceived as a left-wing deviationist within the Republican Party; Tea Partyers already view him as ideologically impure and untrustworthy (as well they should). So on Tuesday morning he had to argue that the Affordable Care Act would be a “disaster” for Obama’s legacy, one that would drive up unemployment and healthcare costs while expanding the budget deficit to unimagined heights, while grumpily agreeing that “Republicans are gonna get blamed more than Democrats” for this week’s shutdown.

Nina Easton of Fortune, who arguably represents the big-money interests behind the Republican Party more reliably than any other Beltway journalist, was nothing short of withering. “This is great for the Democrats,” she said. Republicans who think that certain details of the shutdown – convincing red-state Democrats to register pro-Obamacare votes, and so on – will redound to their benefit in 2014 are deluding themselves, she said. “It hurts the overall Republican brand. If this spills further into the debt-ceiling issue, if the markets respond badly and the economy starts tanking, that’s a very dangerous situation for the Republican Party.”

After Obama's Rose Garden speech, Fox senior commentator Brit Hume, another seasoned spokesman for what used to be the GOP mainstream, laid into the House Republican strategy with ill-concealed vitriol. The Republican Party was as badly divided as he had ever seen it in his many decades in Washington, Hume said, and the zealots who had engineered the shutdown insisted on characterizing those who disagreed with them on tactical grounds as traitors. While Obama's speech was "tendentious" and misleading as to the benefits of the healthcare law, Hume bitterly continued, it had also been highly effective. Democrats appeared united and the president commanded a bully pulpit, Hume went on; as with the Newt Gingrich shutdown of 1996, this would not end well for the Republican side.

Although Jonah Goldberg paid lip service to the idea that President Obama is somehow responsible for the shutdown by “hewing to an ideological hard line” – that is, by refusing to abandon a legitimately enacted law that the opposition doesn’t have the votes to repeal – he went on to say that the House GOP’s shutdown strategy was “flawed from the beginning.” Metaphors growing more alarming by the second, Goldberg suggested that when taking a hostage, you have to take one “that the other side doesn’t want shot.” Obama and Harry Reid, he said, had calculated that a government shutdown would hurt Republicans and help Democrats, and they were right. So it was all the liberals’ fault, and likely to end in "the fight scene from 'Anchorman'" -- but the liberals were going to win. And somehow those roving bands of Vikings fans are going to force Jonah to drink puddle water.