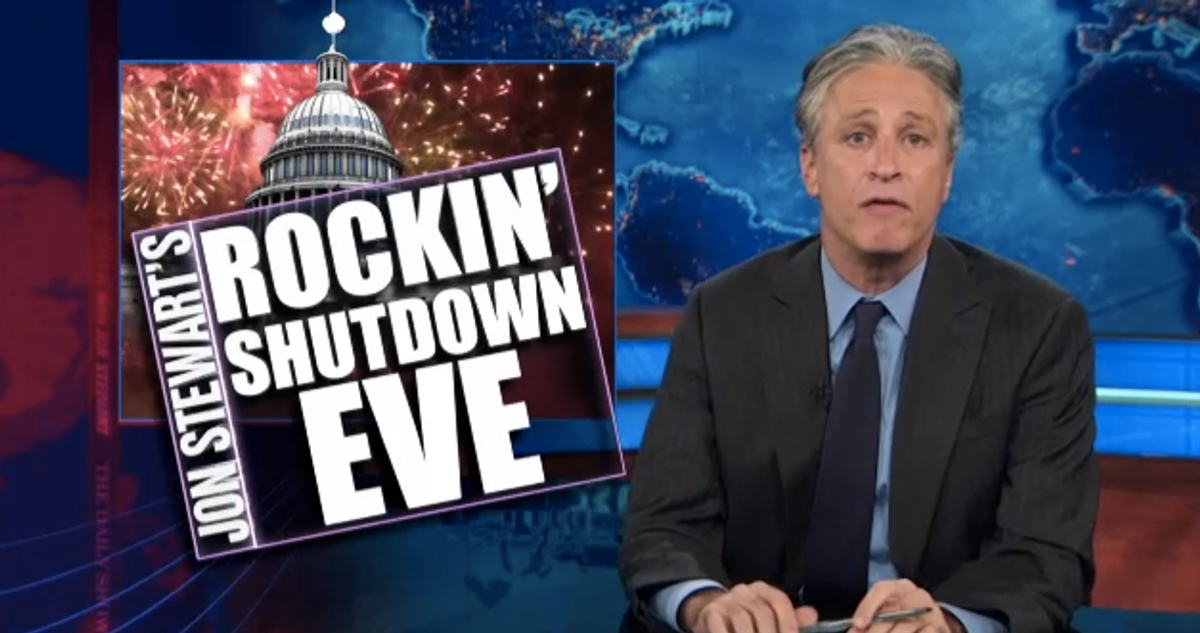 Last night, Republicans strong-armed a government shutdown over Obamacare, aka "The End of the World For Reasons No One Is Clearly Able to Explain," as Jon Stewart put it.

Stewart, exasperated, explained the contradictory logic behind House Republicans' desire to defund or delay the Affordable Care Act: "This bill is now a law vetted by the very system all these Republicans profess to love, but to hear the Republicans tell it, the whole thing could just be avoided if President Obama would meet them half way."

He likened the shutdown to a football team rebelling against the NFL over a score: "Did you see the Giants game on Sunday? Okay, they lost 31-7. And you know what the Giants didn't say after that game? 'If you don't give us 25 more points by midnight on Monday, we will shut down the [bleep] NFL,'" said Stewart.