What Stanley Kubrick got wrong about "The Shining"

Stephen King has always disliked Stanley Kubrick's film of "The Shining," and he has a point 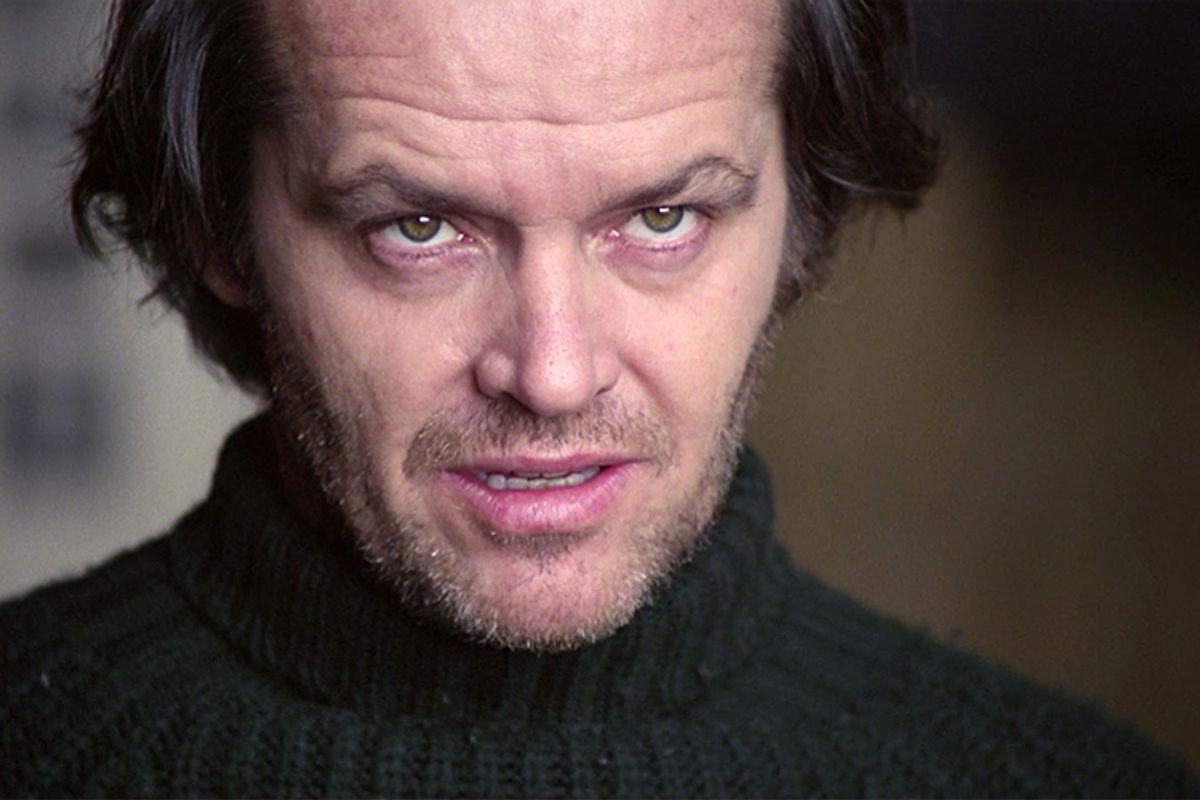 It's no secret that Stephen King dislikes Stanley Kubrick's film adaptation of his 1977 novel, "The Shining," but now that King is publishing a sequel, "Doctor Sleep," he's being asked once again to explain why. "I felt that it was very cold, very, 'We're looking at these people, but they're like ants in an anthill, aren't they doing interesting things, these little insects,'" is what King said recently when a BBC interviewer asked him about the film. He also described Kubrick's characterization of Wendy Torrance, played by Shelley Duvall, as "one of the most misogynistic characters ever put on film. She's basically just there to scream and be stupid. And that's not the woman I wrote about."

Kubrick himself, and the film version of "The Shining" in particular, is the locus of a certain kind of obsessive yet strangely inarticulate worship; the faithful tend to incant the words "genius" and "masterpiece" and "great" over and over again, as if those terms constituted the workings of an argument rather than its conclusion. These are people in thrall to the very idea of greatness, and they cleave ferociously to their idol. Almost as soon as a clip of King's interview was released, a haughty but insubstantial retort came in the form of an article on the website of the British magazine the New Statesman, "Stephen King still won't accept Kubrick's genius" by Mark Hodge. The title sums up the entirety of Hodge's argument. "[Kubrick's] film has usurped the book within pop culture," he writes. "That rare achievement is perhaps something which irks King the most."

This supposition that King resents Kubrick as a rival reveals more of the person making it than it does of King himself; few bestselling authors offer a more modest and unassuming public face than King. Kubrick buffs also like to point tauntingly at King's poorly regarded 1997 miniseries adaptation of "The Shining," labeling it a failed attempt to better the master. But by all accounts King is motivated not by competition but rather by a protective instinct toward characters who clearly mean a lot to him. Kubrick's detachment sticks in his craw. King wants to do right by his own story -- his own in more ways than one, since King has stated that Jack Torrance, the deranged aspiring writer played by Jack Nicholson in the film, is the most autobiographical of all his creations.

You don't have to dislike Kubrick's "The Shining" to see King's point. The two men represent diametrically opposed approaches to creating narrative art. One is an aesthete and the other is a humanist. Kubrick was a consummate and famously meticulous stylist; King's prose is workmanly and his novels can have a shambolic bagginess. The great theme of King's fiction is the capacity of the average person -- especially working-class or similarly humble men and women -- both for evil and for heroism. Although there's almost always a battle against a supernatural antagonist in King's books, the best of his novels hinge on the protagonists' struggles with themselves. In "Doctor Sleep," it is just as valiant for Danny Torrance -- the psychic child character in "The Shining," now grown up -- to stay sober as it is for him to challenge the novel's Big Bad.

King has always thought Jack Nicholson seems "too crazy" at the very beginning of Kubrick's "The Shining." Everything that makes Nicholson's performance iconic -- his grinning, campy, manic nastiness -- undermines King's point, which is that Jack Torrance could be you. We all love Jack Nicholson, but he's no Everyman. In King's novel, the Overlook Hotel's seduction of Jack Torrance is rooted in the nebbishy failed writer's frustrated desire to be extraordinary, larger than life. It's impossible to imagine Jack Nicholson wanting to be anyone but himself. In Kubrick's film, Jack's madness becomes that of an imperious auteur, convinced of his own importance, running amok and seeking to wipe out the mere human beings whose inconvenient presence muddles his vision. That two such different men as King and Kubrick were able to see themselves in this character indicates what a remarkable creation Jack Torrance is.

But while everything in Kubrick's "The Shining" -- especially Nicholson's suppressed energy -- pushes eagerly toward the spectacular release of Jack's rampage, in King's novel the man's disintegration is a tragedy. A key difference between the two versions is the prominence of alcohol, which is more or less incidental in the film. In King's novel, booze is the key that unlocks the monster inside a regular guy, and the beast's first victim is the regular guy himself. The most significant thing about any character in King's fiction is how he or she responds to such monsters, whether they come from within or without. That's surely the chief reason why he detests Kubrick's portrayal of Wendy as a gibbering victim; King's Wendy chooses to be a heroine.

King is, essentially, a novelist of morality. The decisions his characters make -- whether it's to confront a pack of vampires or to break 10 years of sobriety -- are what matter to him. But in Kubrick's "The Shining," the characters are largely in the grip of forces beyond their control. It's a film in which domestic violence occurs, while King's novel is about domestic violence as a choice certain men make when they refuse to abandon a delusional, defensive entitlement. As King sees it, Kubrick treats his characters like "insects" because the director doesn't really consider them capable of shaping their own fates. Everything they do is subordinate to an overweening, irresistible force, which is Kubrick's highly developed aesthetic; they are its slaves. In King's "The Shining," the monster is Jack. In Kubrick's, the monster is Kubrick.

King told the BBC that he'd met Kubrick just once, during the filming of "The Shining," and that he found the director "compulsive." His distaste is evident, if unstated. In King's eyes, Kubrick didn't just get "The Shining" wrong; the director -- with his domineering ways, his I'm-a-genius stance and the glassy perfection of his cinematic vision -- embodied the very pathology King's novel cautions against. Of course, Kubrick, unlike Jack Torrance, was both brilliant and talented; "The Shining," in my opinion, is a terrific film. But I suspect that even if King accepted the brilliance and the talent (and for all I know he does) they would not make up for what he feels the movie lacks in humanity. Humanity is what matters most to him, and all the browbeating of all the fanboys in the world is not going to change his mind on that. Kubrick can be the bigger genius; King would rather be the bigger man.

Stephen King discusses his new novel, "Doctor Sleep" with Will Gompertz of the BBC