If these images don't convince Congress that Florida's estuaries are in serious trouble, nothing will 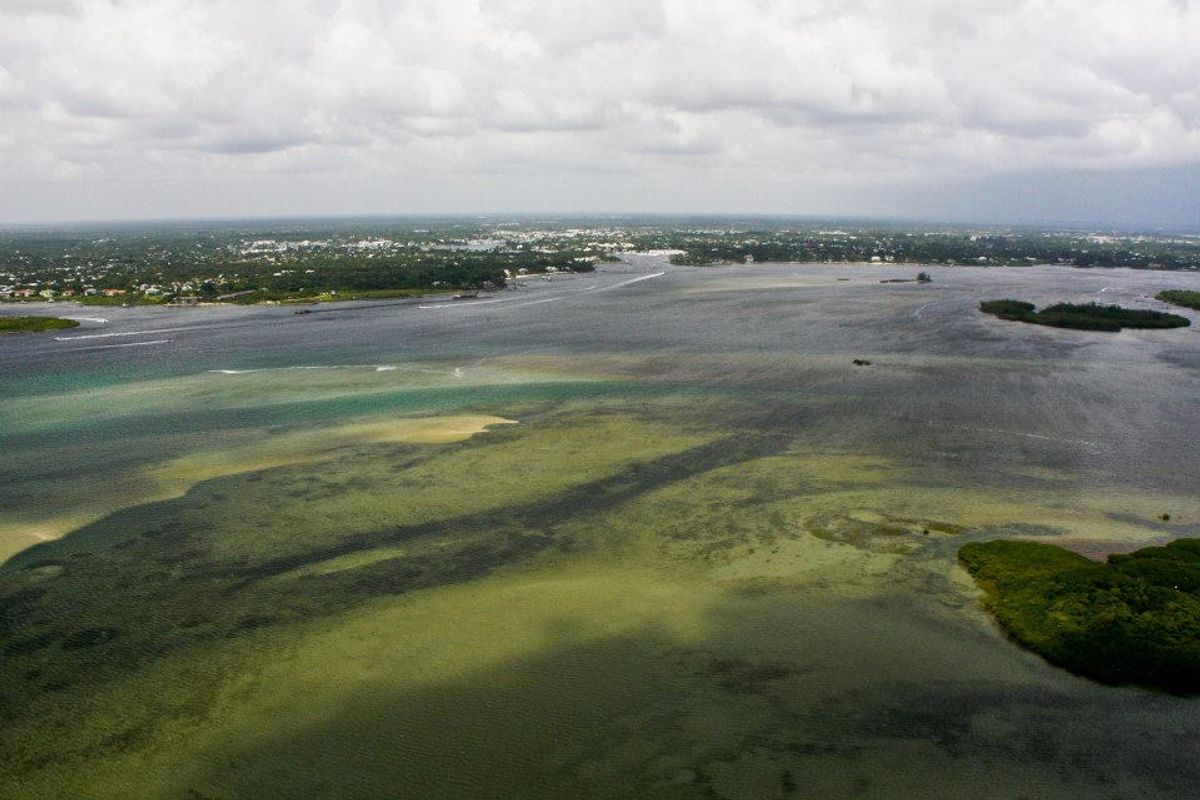 It can be difficult to conceive of just how polluted Florida's estuaries are, even with reports filing in of the record-setting deaths occurring there -- including over 60 dolphins and 120 manatees. In order to make the case to Congress that Florida is in a state of disaster, U.S. Rep. Patrick Murphy, D-Jupiter, is holding a photo contest.

The devastation began earlier this summer, when huge amounts of rainfall overwhelmed Lake Okeechobee's 80-year-old dike in South Florida. Faced with a problem to which there were no clear answers, the Army Corps of Engineers chose to release billions of gallons of polluted water into the St. Lucie River estuary in the east and the Calossahatchee River estuary in the west. Large algae blooms spread, and the delicate balance of salt and fresh water was overwhelmed.

Along with the dolphins and manatees, populations of shellfish, sea grasses and reefs are all suffering, and some even blame recent human deaths on infections acquired in the waters.

Murphy asked his constituents to send in photos that they think best capture the enormousness of the problem. Over 100 are posted to his Facebook page, and tomorrow, he'll present the four with the most "likes" at a public briefing he's co-hosting with Rep. Trey Radel, R-Fort Myers. (A representative from Murphy's office said that the meeting is still on despite the shutdown.)

Below, Murphy's case for federal intervention, as represented by some of the most shocking photos he managed to collect: