Reports are coming through that suspect in custody, while the entire of Capitol Hill is on lockdown 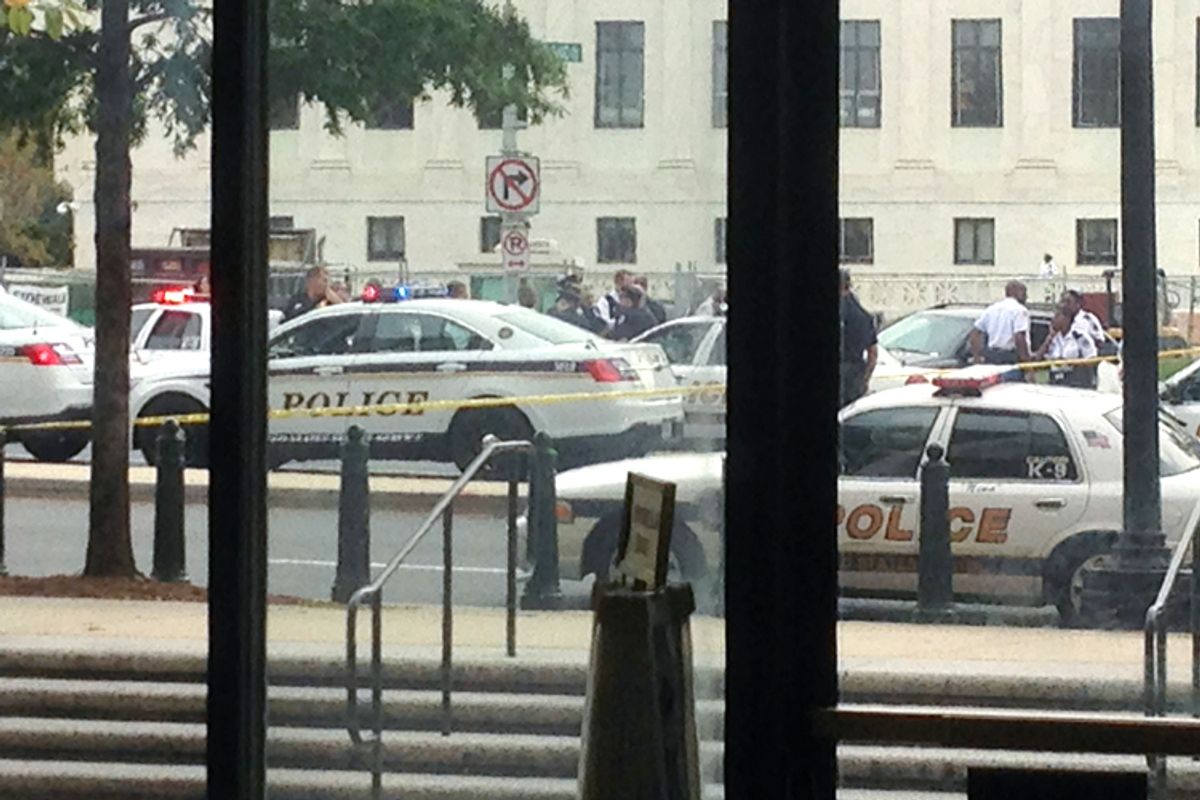 Law enforcement vehicles converge on the scene of a shooting on Constitution Avenue outside the Hart U.S. Senate Office Building as seen from inside the lobby of the building on Capitol Hill in Washington, October 3, 2013 (Reuters)
--

Early reports suggest a possible gunfire incident may have taken place Thursday on Capitol Hill. CNN reports that "police are reacting to reports of shots fired on Capitol Hill in Washington. CNN's Ted Barrett reports an order was given over the Capitol speaker system to shelter in place because of an active shooter situation."

Meanwhile tweets from Capitol Hill reporters give some further details: