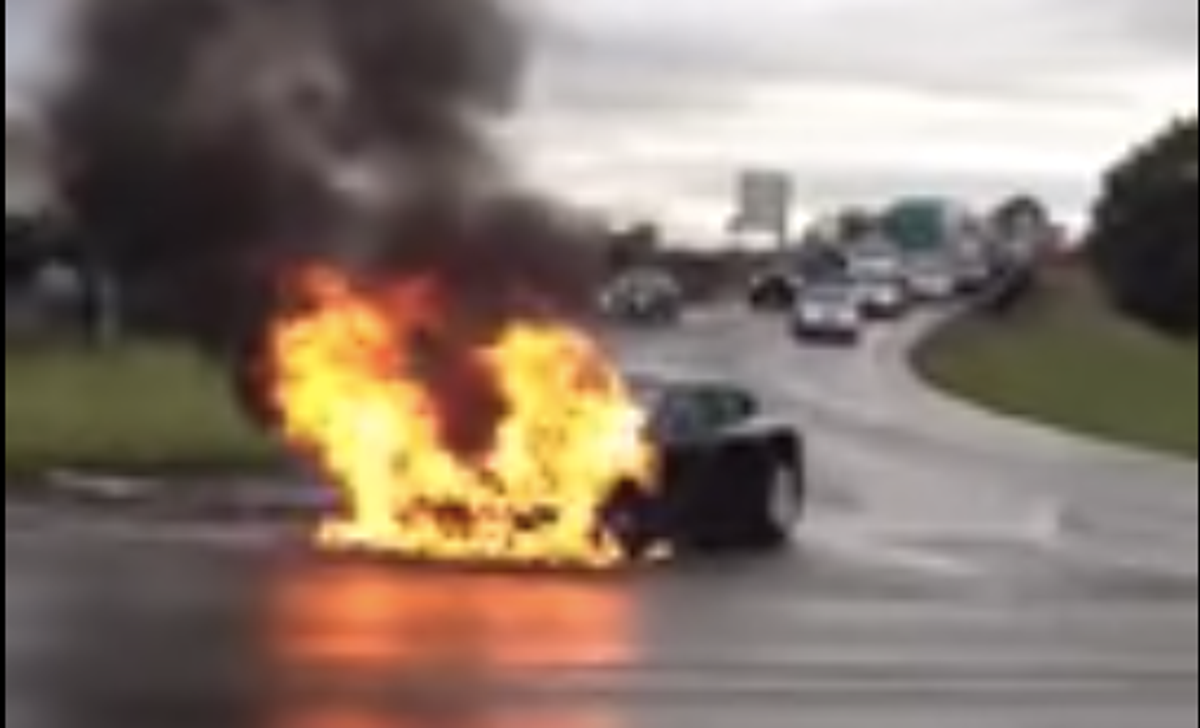 Shares of Tesla Motors Inc. fell by over 6 percent yesterday when a video surfaced online of the Model S -- "America's safest car" -- very much on fire.

According to a company spokeswoman, the fire began in the car's battery pack after it collided with a metallic object -- the driver believes he struck debris on the freeway. What happened next, as reported by the Associated Press, was reminiscent of one of those trick candles on birthday cakes: after struggling firefighters finally managed to get the flames under control, the car reignited. Water only intensified the fire, so they switched to a dry chemical extinguisher. The ordeal only ended once they dismantled the front section of the car and punctured holes in the battery pack. The firefighters remained on the scene for two and a half hours.

No one was injured in the accident, but the images are a strong contrast to Tesla's highly touted safety rating.  In August, the company announced that the pricey car had somehow managed to earn 5.4-stars (out of 5) from the National Highway Traffic Safety Administration.

Some investors are likely concerned that the Model S could be experiencing the same problems with its lithium-ion battery that have plagued both the Chevy Volt and Boeing 787s. The $12.05 fall in shares, however, pales in comparison to the 400 percent increase the company's experienced this year. Stocks in the company are currently valued at $180.95.

Jalopnik first posted this video of the fire yesterday. Listen for the incredulous onlooker exclaiming,"That's a Tesla, dude!":