“Carol, you’re beautiful, but you have to be honest as well," said Rep. Todd Rokita 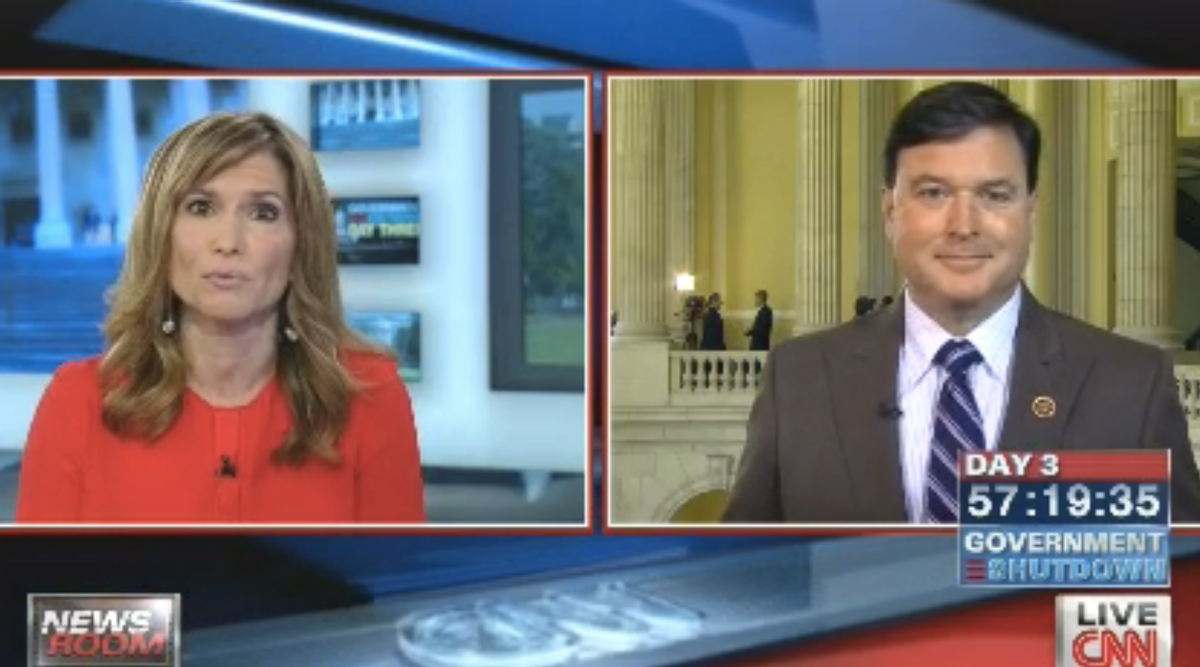 Getting back on topic, Rikita called Obamacare "an insidious law," saying, "it is not providing more affordable health care.”

"I think most Americans would say fight that fight separate from the federal budget,” Costello responded, frustrated on behalf of the millions affected by the shutdown. “Don’t partially shut down the government, don’t make things worse by fighting the same fight over and over.”

"Obamacare hurts this country much more than -- much more -- than any government shutdown," Rikita alleged.

“Oh, come on, Carol,” the congressman mimicked, adding, “Carol, you’re beautiful, but you have to be honest as well.”

“Okay, I think we should leave it here,” Costello said firmly.