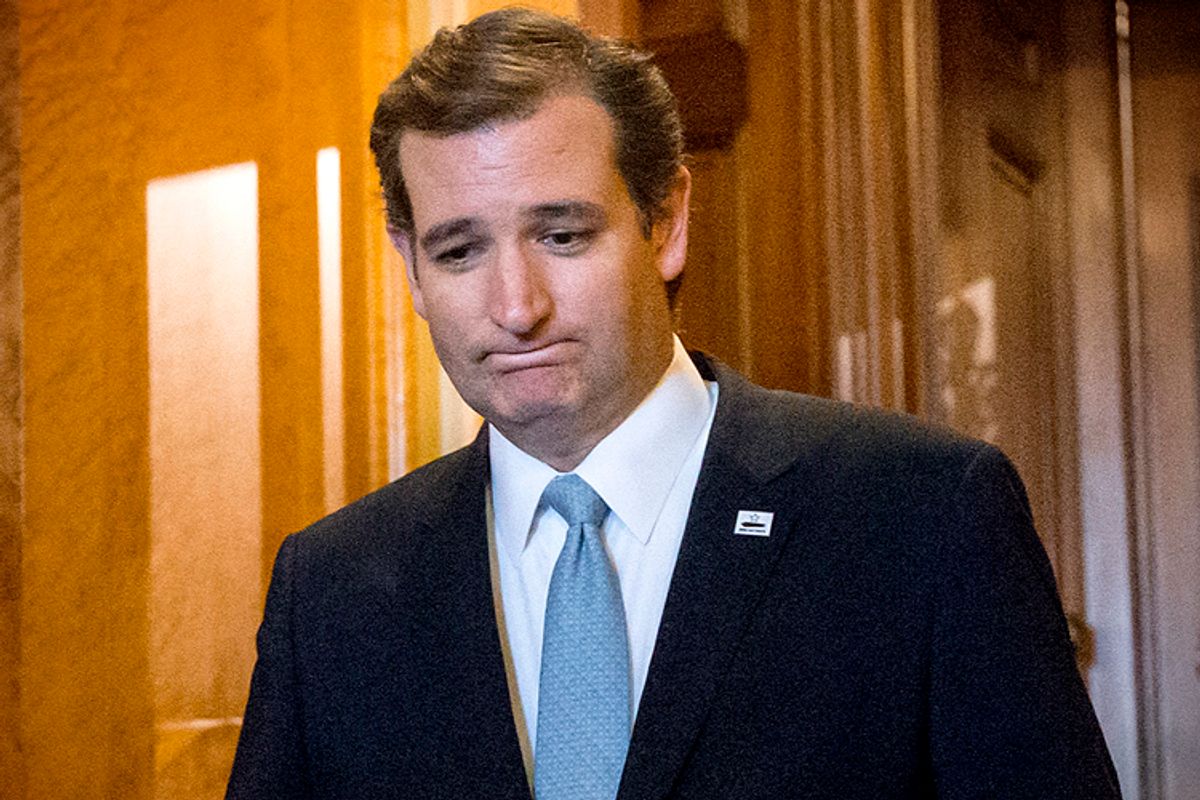 He may have Rush Limbaugh and Glenn Beck on his side, but as the government shutdown he largely caused drags on, Ted Cruz is finding himself increasingly unpopular among his Republican colleagues in the Senate.

According to Politico, Cruz spent a closed-door lunch meeting on Wednesday defending himself against charges from his fellow Republican senators of being a reckless self-promoter with no plan to resolve the government shutdown his grandstanding and behind-the-scenes lobbying largely inspired.

“It was very evident to everyone in the room that Cruz doesn’t have a strategy," one Republican senator who attended the meeting told Politico. "He never had a strategy, and could never answer a question about what the endgame was."

"I just wish," the senator continued, "the 35 House members that have bought the snake oil that was sold could witness what was witnessed today at lunch."

At one point, Cruz was asked if he would disown the attacks on other Senate Republicans emanating from the Senate Conservatives Fund, an outside group that had devoted itself to criticizing Republicans who didn't go along with Ted Cruz's anti-Obamacare gambit. "I will not," said Cruz, according to Politico.

And when pressed to answer how he would've responded if other Republican senators had joined him in filibustering the government-funding (but not Obamacare defunding) continuing resolution, Cruz was reportedly evasive in his answers.