Researcher discovers a potential new species in his nostril 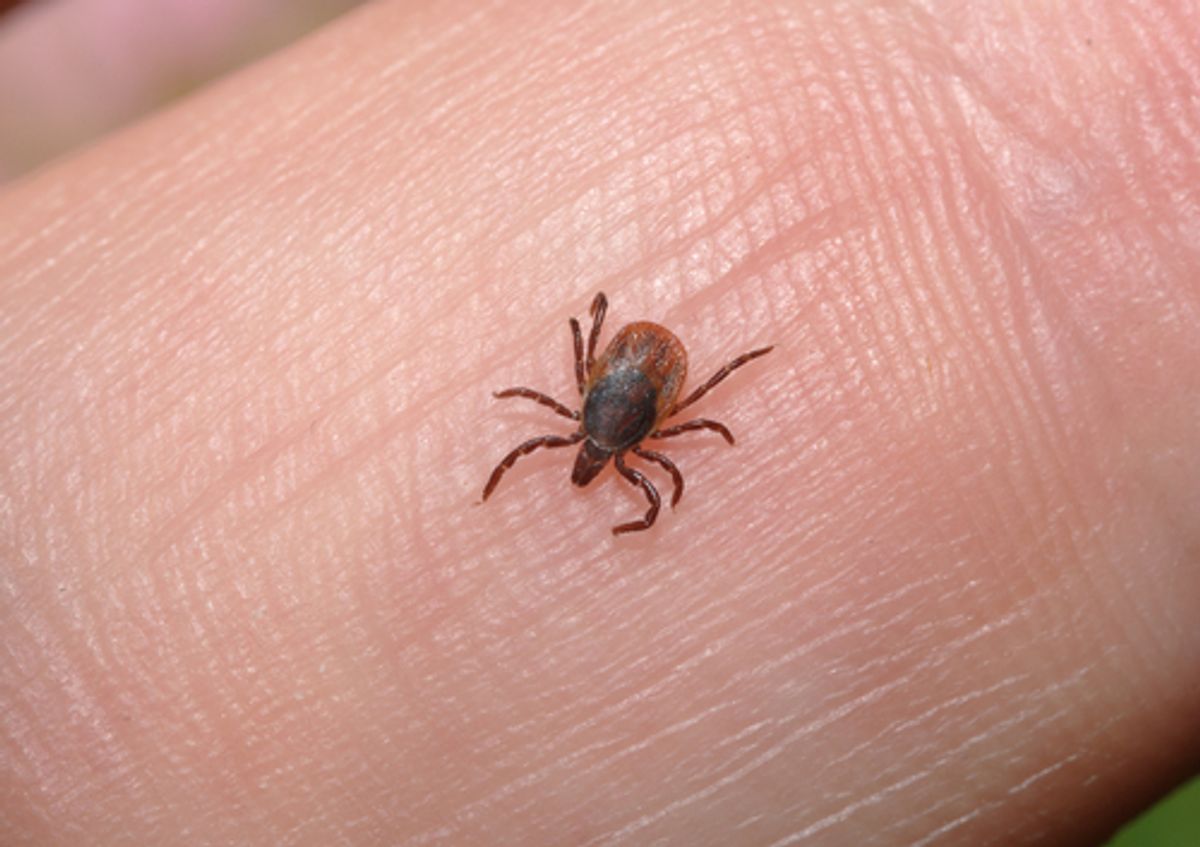 I really don't want to make a bad joke here about it being right under his nose this whole time!, but the fact remains that Tony Goldberg, of the University of Wisconsin at Madison, is pretty sure that the tick he picked out of his nostril after a trip to Uganda is an entirely new species.

Goldberg was studying the spread of diseases in the jungles and highlands of Kibale National Park, in western Uganda. When he got back to the states, he realized that there was a tick attached to the inside of his nostril--alarming, even for a scientist who studies ticks, if not terribly surprising. There are a few kinds of ticks, localized to that part of Uganda, that are known as "nose-ticks." Primarily of the genus Amblyomma, these ticks aim for the nose.

Goldberg extracted the tick and sent it in for DNA sequencing, which would tell him what sort of tick it was. And he found that it didn't match any other tick in his database--meaning either this kind of tick hasn't had its DNA sequenced, or it's a completely new species.

One of the diseases that Goldberg was studying is spread, via ticks, among chimps. In an article detailing his discovery, published in the American Journal of Tropical Medicine and Hygiene, he floated the possibility that his tick is the same kind his team noticed in the animals' nostrils. (They weren't able to get close enough to check.) It could be, he told the Milwaukee Journal Sentinel, that the pest is capable of spreading some West Nile-like infection between animals and humans.

If that turns out to be the case, Goldberg will probably be the first to know. So far, he says, he's feeling fine.