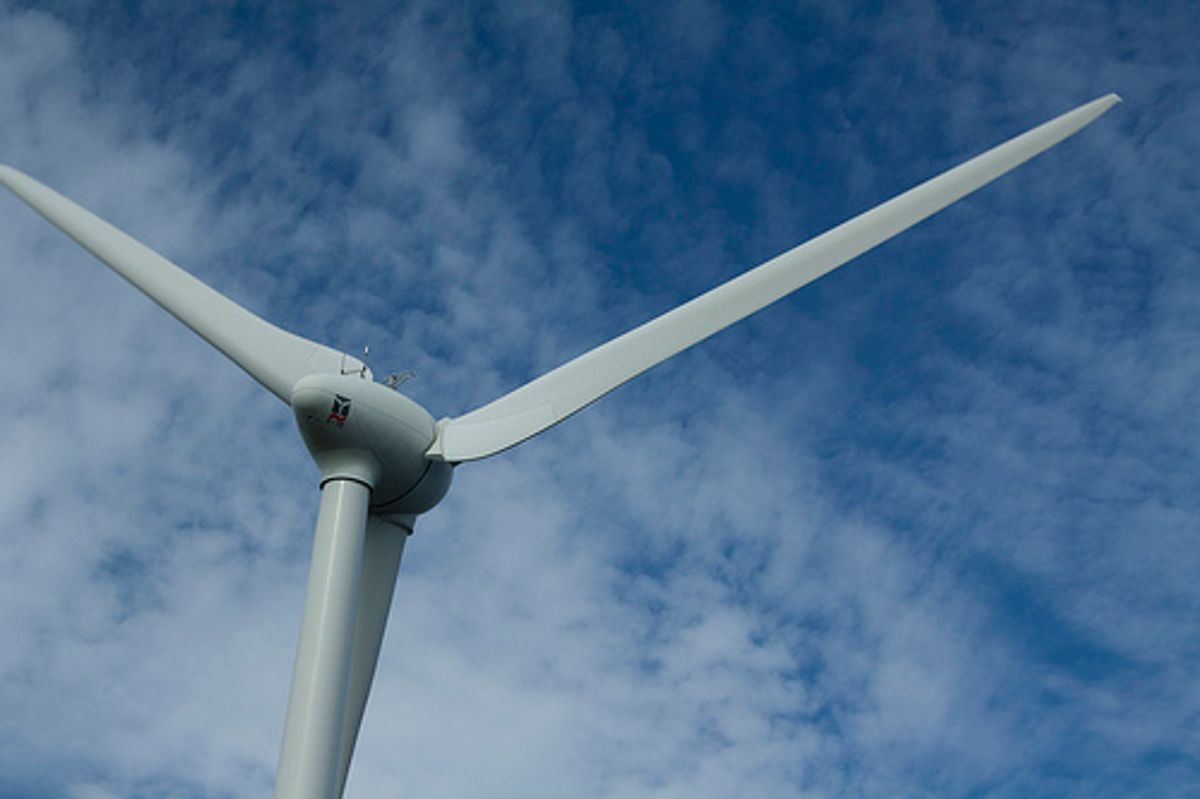 Here we go again. Less than a year after Congress spent months dithering over the wind power production tax credit, leading to job losses in the industry, the PTC is again up for discussion at the Capitol. The question now is if Washington can possibly do energy policy in anything other than clumsy, short-term bites.

The forum for the discussion on Wednesday was the House Committee on Oversight and Government Reform, which did explore keeping the key subsidy going beyond its Jan. 1, 2014, expiration – but also focused on how the current PTC law is being was implemented.

That’s been a bit of a question mark because the extension, enacted at the very beginning of this year amid the whole fiscal cliff stupidity, made facilities that are under construction before Jan. 1, 2014, eligible for the 10-year, 2.3 cents per kilowatt-hour credit, whereas the version of the law that expired at the end of 2012 had required turbines to be operating by the deadline.

What exactly it means to be under construction was largely left to the Internal Revenue Service to define, and the upshot of the hearing Wednesday was that the IRS seems to have now done so in a way that’s working.  A key test the IRS is using: that developers have incurred 5 percent of costs by Jan. 1, 2014. Having done that, developers would then have to make a “continuous effort” to complete the facility. On that latter point, the IRS said, if the facility is in service before the end of 2015, it will definitely meet the “continuous effort” requirement.

It’s worth pointing out that the PTC doesn’t provide any benefits to a developer until the wind power plant is up and running and producing energy – so while there’s an incentive to qualify for the PTC, there’s no incentive to begin building a wind power plant and then leave it unfinished.

As for the question of what happens to the PTC when it expires (again) at the end of this year, by Washington standards it was a pretty high-minded discussion. Robert Michaels, an economist at the Institute for Energy Research, spoke forcefully against it as a distorter of the market, and said whatever benefits the PTC provides are overwhelmed by the upward pressure it puts on energy prices and the harm that causes.

The Republican chairman of the committee, James Lankford of Oklahoma – a pretty good wind state, by the way – expressed concern about the PTC’s price tag. A five-year extension would cost the Treasury around $18.5 billion, Congress figures, and this has the usual suspects – Americans for Prosperity – agitating for its dismissal. (Democrats were quick to point at that fossil fuels have benefited from long-running and generous subsidies.) But even Lankford didn’t appear determinedly hostile to the PTC, suggestion that the question wasn’t whether to ditch it immediately, but rather how to phase it out.

The wind industry’s chief lobbyist, American Wind Energy Association senior VP for public policy Rob Gramlich reminded the committee that even the AWEA is open to a phase-out, having floated just such a proposal late last year.

Stanford University energy expert Dan Reicher called the piecemeal approach Congress has taken “a very strange way to support a very important industry,” and argued for a multiyear continuation that would give investors a measure of certainty. Reicher said that with a several-years-long phase-out, plus Congressional approval of multiple limited partnerships for renewable energy development – a key tool the oil and gas industry uses to develop infrastructure – wind could become the self-supporting industry that everyone in Congress says they want it to be.