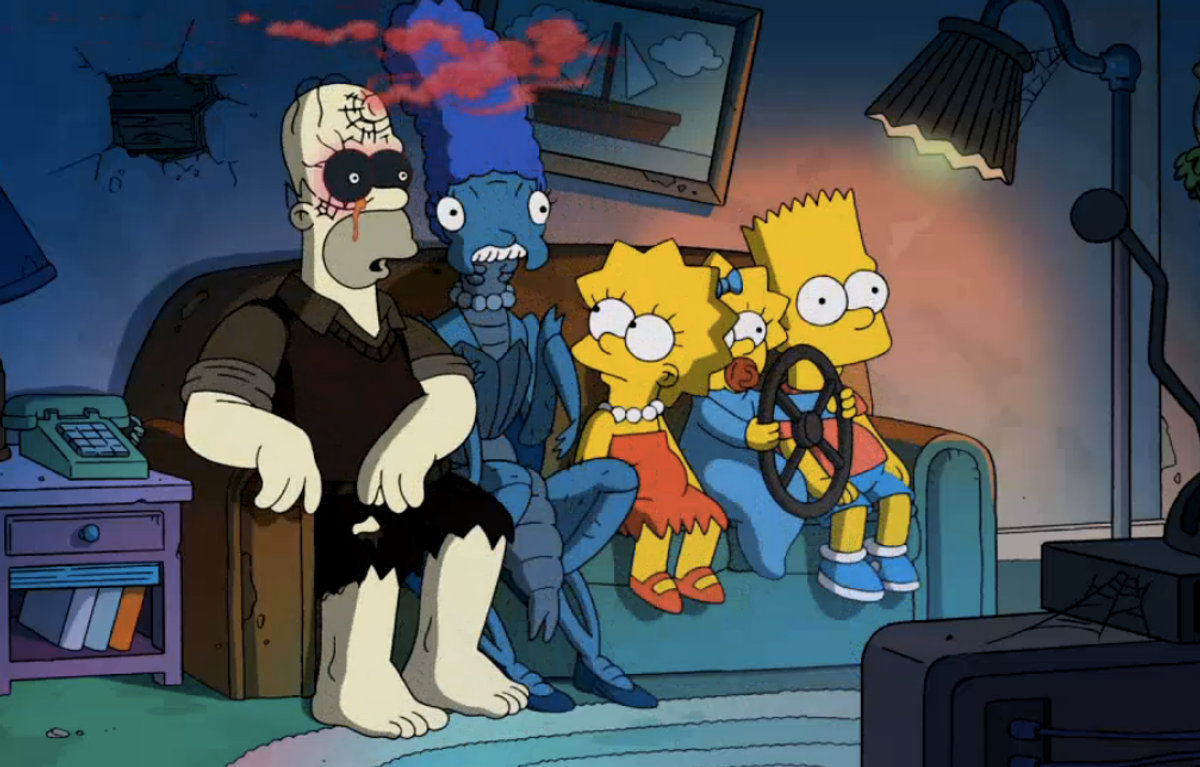 "We talked about doing it around the movies I have done, but I felt I'd rather mix those images with the creatures and monsters of film, which have influenced me enormously," del Toro told USA Today. "So, I said, 'Why don't we do a really long riff on the title sequence, rather than just a couch gag?'"

The opening pays homage to filmmaker Alfred Hitchcock, writers Edgar Allan Poe, Stephen King and Ray Bradbury, and fantasy figures like Cyclops, Hellboy and Frankenstein's monster, to name a few. Although del Toro claims that he "ended up cramming in about 1/50th of what I wanted," executive producer Al Jean called the opening "encyclopedic." "There's very little you could think of that's missing," he said.