Meet the robot of the future

This galloping guy could become a soldiers companion 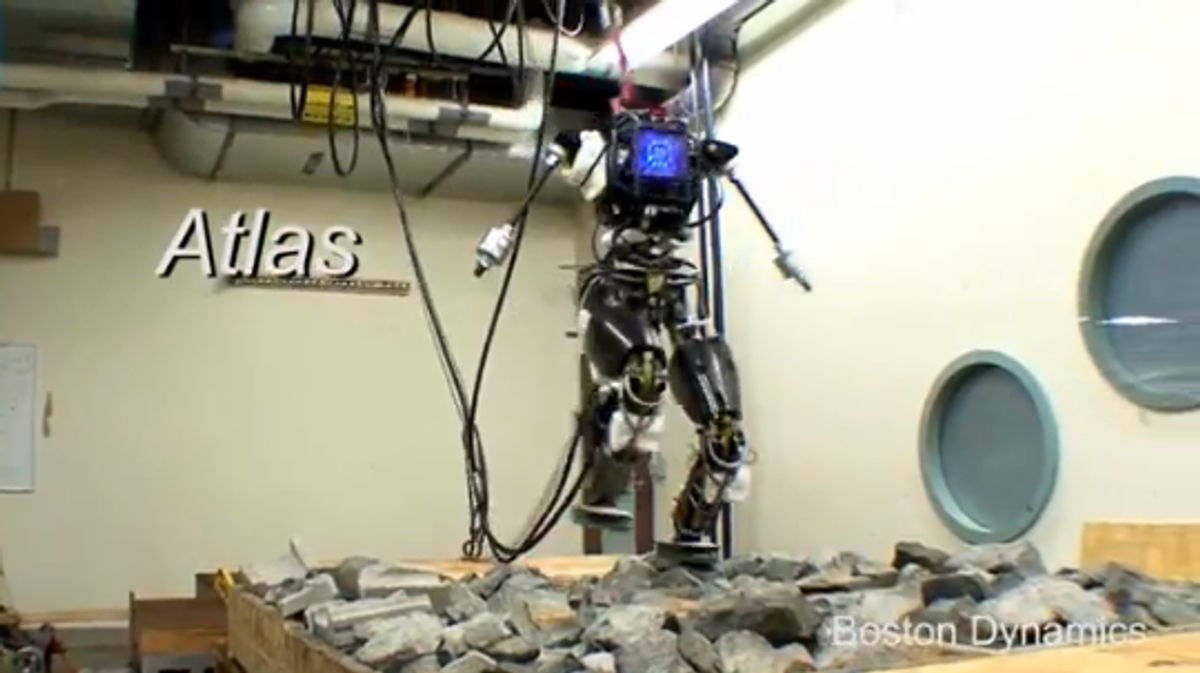 The interweb's are buzzing thanks to a video of Boston Dynamics' newest machine, a large four–legged robot called WildCat. Developed with money from DARPA, the cat–like machine is a more production–grade development of an earlier research droid called Cheetah that IEEE Spectrum reminds us could run at over 28 miles an hour.

WildCat is more rugged, and more maneuverable than its research forebear, though it can currently only run at 16 miles an hour. But the fact it can successfully transition between different gaits––just like a real great cat can when it races and dodges across the prairies hunting food––suggests that the machine may ultimately be capable of much higher–speed sprinting. It's also possible that, given the robot is built as part of DARPA's Maximum Mobility and Manipulation program, that's trying to break some of the speed and agility issues with current–gen robot tech so that "robots could assist in the execution of military operations far more effectively across a far greater range of missions," Boston Dynamics doesn't want to show us too much. WildCat's offspring, like the similar Alpha Dog troop support droid, may end up on the battlefield––or more likely sprinting across it. While Alpha Dog will end up hauling military gear across difficult terrain, it's easy to imagine WildCat as a more aggressive machine, possibly used to tote weapons to strategic positions.

Oh, and that amazing Atlas android the company makes––the one that gets inevitably compared to the Terminator? Yup, they've updated that machine too. Check out the video of this below, and be amazed at the confidence which which the robot tromps across uneven and randomly rocky terrain––the kind of surface that you or I with our weak fleshy legs could easily come a–cropper on. While it looks terrifying, Atlas may have a very important future in human assistance because it could, for example, tear its way into a collapsed or burning building to rescue survivors under conditions human firefighters couldn't tolerate.

Tomorrow's robots are here already people, and Boston Dynamics will be back.