The government may be shut down, but the media team is hard at work atop Bullsh-t Mountain 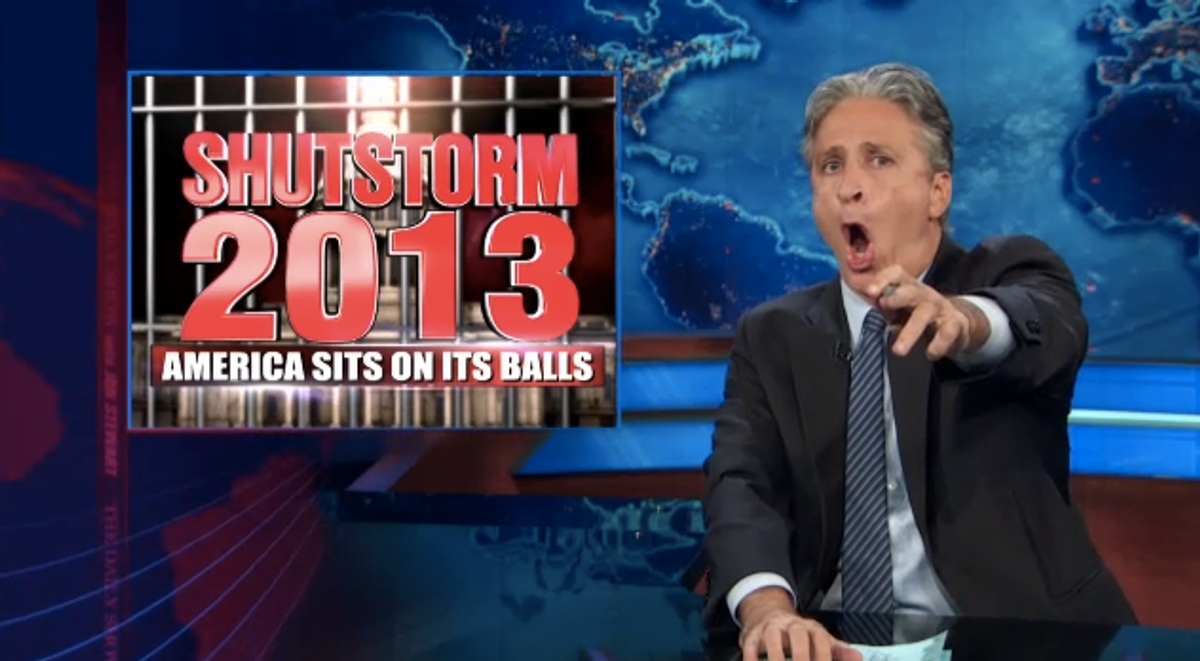 "Now in the past few days, you may have developed the impression that nothing in America works anymore," began "The Daily Show" host Jon Stewart, into his fourth straight night of brilliant coverage of the inane, Republican-driven government shutdown. "Not only is the government shutdown, but the healthcare exchanges that the government was supposed to prevent, are also...well, somewhat shutdown."

There is, however, one area where people still hard at work: The infamous Bullsh-t Mountain, a smelly place often inhabited by conservative pundits.

"Over on Bullsh-t Mountain [Fox News] has realized that this shutdown ain't looking so hot for one particular party," said Stewart.

But not to fear! Fox News quickly fixed that by labeling it a "liberal shutdown" and blaming Democrats for closing historic, government-funded sites that are turning away everyone, including veterans.

"Could there be a higher-octane fuel for Fox's false outrage exploitation engine than wheelchair-bound WWII veterans?" asked Stewart, appalled.

Fox had been winning the bullsh-t game, except, of course, then Minnesota Congresswoman Michele Bachmann inserted foot in mouth, saying that this period is "about the happiest I've seen members in a long time."