"Scandal's" racially charged motto: "You have to be twice as good as them"

For African-American viewers, Rowan Pope's advice about outperforming white peers is all too familiar 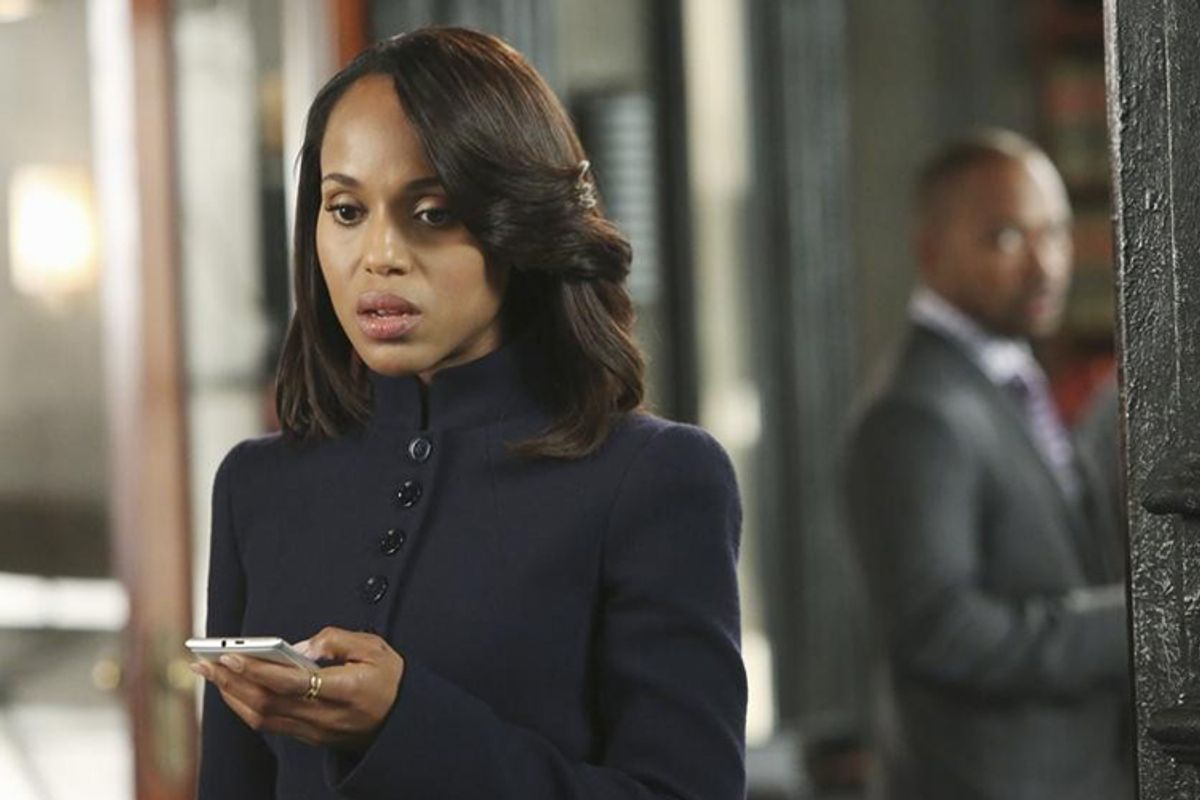 As I mentioned yesterday, I've spent the last few days pushing through the first two seasons of "Scandal," a television series during which -- among many, many other ridiculous occurrences -- a sitting U.S. President murders a cancer-stricken Supreme Court Justice with his bare hands. Such extended suspension of disbelief coupled with sleep deprivation had induced in me a near-fugue state that was, finally -- thankfully -- broken last night during the season premiere by the furious baritone of veteran actor Joe Morton.

Rowan Pope (Morton) speaking to Olivia Pope (Kerry Washington), who has just been outed as the President of the United States' mistress, forces his soon-to-be disgraced daughter to repeat back to him the mantra he has instilled in her since childhood. The Entertainment Weekly recap of the episode calls the statement a "family motto" and quotes it thus: "You have to be twice as good to get half as much." But dig the full exchange:

Rowan: Did I not raise you for better? How many times have I told you? You have to be what?

Rowan: You have to be twice as good as them to get half of what they have.

More than simply a family motto, the sentiment is one with which almost every African-American of my generation and before is all t00 familiar. Notice the them and the they -- that's white folks. The you is every black kid who has ever brought home a bad grade or failed to study hard enough for a test being told by their concerned parents that they might never succeed if they don't work harder and smarter than their white peers. (See: "Twice as Good: Condoleeza Rice and Her Path to Power.") Maybe not everyone will accept this assertion as true, but in "Scandal's" choppy ocean of absurdity, it felt like rock-hard reality.

So, what was old Joe Morton so pissed about, anyway? The show kind of plays it for a subtle laugh: Rowan hates that his daughter whom he raised so well is willing to sleep with the most powerful man in the world only to settle for the position of first lady. "At the very least, you aim for Chief of Staff, Secretary of State," he screams at her. (Later on, we see photos of Olivia Pope on horseback in full riding gear and are informed that she attended only the best schools her entire life.)

But, seriously, I think plenty of black parents would be as incensed as Rowan if not more -- and not simply because her choice of lover is white. It's because, at every turn in the history of the show, she seems to be willing to throw away everything, her career, her reputation -- I might argue, her dignity -- for this man.  And for what? Viewers are frequently reminded through dialogue that Fitzgerald Thomas Grant was to be a great president, that he deserved to win the election that Olivia Pope helped rig for him. But, as far as I can tell, President Fitz's in-office agenda mostly includes ordering the occasional anti-terrorist strike, treating his actual wife like absolute shit, and banging his side chick in any available room in the White House. Oh, and there's the aforementioned murder.

From "Grey's Anatomy" to "Private Practice" to a host of TV projects in development, we know that creator Shonda Rhimes works at least twice as hard as any of her peers in Hollywood. And, certainly, she strives to make "Scandal" multiple times more insane than any escapist drama on the small screen without vampires. Maybe someday soon, she'll re-orient her main character with a bit more of her own drive and focus. Who'd like to see Olivia Pope run against Vice President Sally Langston in the next election? Now that would be crazy.