"The Legend of Zelda" is classist, sexist and racist

The beloved game takes a dim view of workers, people of color and women 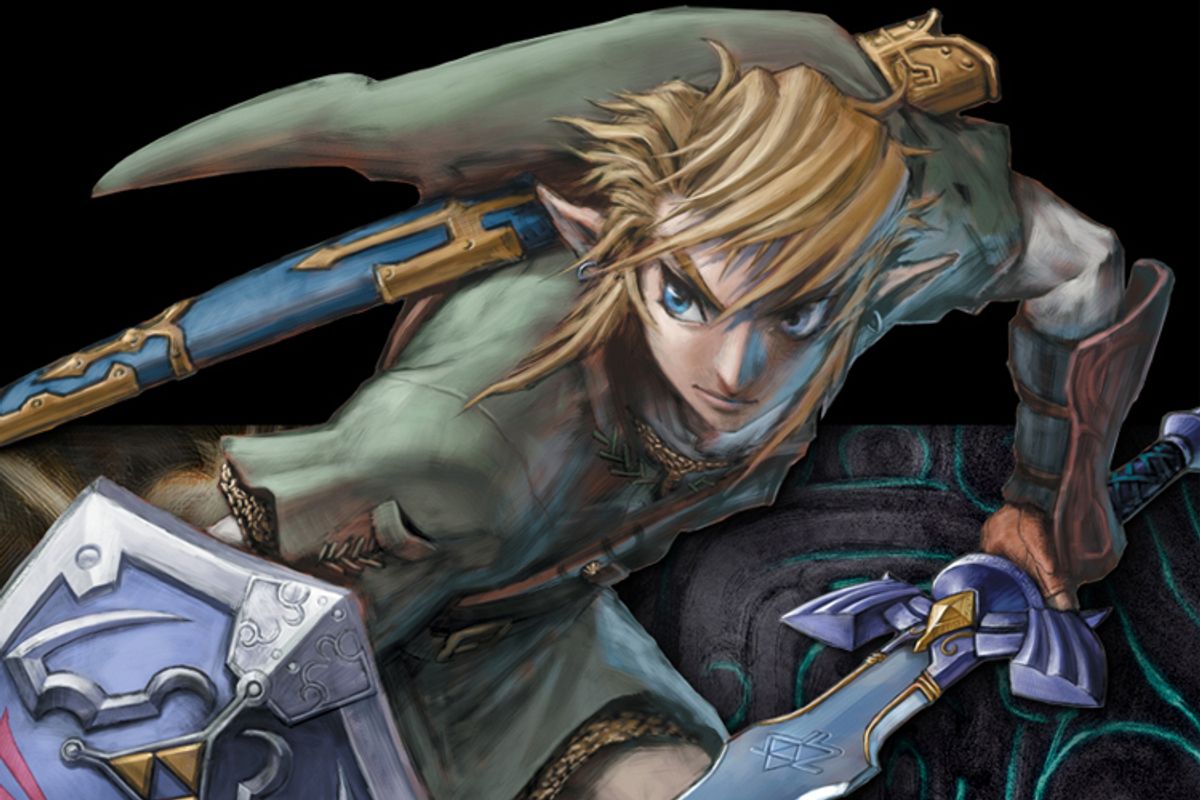 This year marks the 15th anniversary of the release of "The Legend of Zelda: Ocarina of Time." Critics frequently laud the Nintendo 64 title as the greatest video game ever. And yet the ways it deals with class, race, gender and animal rights are all deeply problematic.

Some readers may take criticism of "Ocarina" as dismissal of the game. But this isn't the case. As Feminist Frequency blogger Anita Sarkeesian says, “Remember that it’s both possible and even necessary to simultaneously enjoy media while also being critical of its more problematic or pernicious aspects.”

Because games’ technological capabilities have increased so rapidly since "Ocarina" was released, I suspect the title's reputation is somewhat inflated due to nostalgia of critics of a certain age. But it's a nostalgia I share. There is no game with which I have more fond memories. So criticism here should be interpreted as loyal opposition.

The game's perspective on class issues can best be seen in its portrayal of the Kakariko carpenters and the wealthy family in the House of Skulltulla.

The relationship between the self-described “boss” of the carpenters and those he calls “my workers,” appears to be one of a guild member and apprentices or journeymen. The boss refers to himself as a master craftsman, and says the workers were hired by the royal family to improve the village. Karl Marx described this relationship as one of “oppressor and oppressed,” comparing it to that of “freeman and slave, patrician and plebeian, (and) lord and serf.”

"Ocarina" portrays the apprentices or journeymen as lazy and shiftless, and the boss as the only one willing to work. "Young men these days don't have any ambition," the boss says. "Do you know what I mean, kid? My workers are just running aimlessly around the village, and they're not making any progress at all ... Even my own son doesn't have a job, and he just wanders around all day! They're all worthless, I tell you!"

Some may interpret the fate of the wealthy family, who are transformed into spiderlike creatures, in the House of Skulltulla as a condemnation of an exploitive class system, but that would be a mistake.

“Folks around here tell of a fabulously rich family that once lived in one of the houses in this village,” an elderly character in Kakariko confides. “But they say that the entire family was cursed due to their greed! Who knows what might happen to those who are consumed by greed.”

By focusing on the greed of individuals, the game ignores how private property incentivizes and even mandates such behavior. And with this moralizing focus comes a belief that society’s economic ills are intractable because of humanity’s flawed nature.

The racial, ethnic and religious traits of the “good characters” and the “bad characters” within the game also demonstrate a certain xenophobia. All of the good characters, such as the Hylians and Kokiri, are white. In contrast, all of the bad characters, such as the thieving Gerudo and their king, Ganondorf, have brown skin. The Gerudo live in the desert, and in case it wasn’t clear what real-life group of people they are based on, the original Gerudo symbol is strongly reminiscent of the Islamic star and crescent.

The title's perspective on sex is arguably summarized in an advertisement for "Ocarina," which asks, "Willst thou get the girl? Or play like one?" The game utilizes a damsel-in-distress trope that suggests women are weak and in need of male protection. Just like in every other game in the series, Princess Zelda is incapacitated and in need of rescue from the central character, Link. The repeated use of this sexist cliché helps to, as Sarkeesian says, "normalize extremely toxic, patronizing, and paternalistic attitudes."

For a portion of the game's plot, Zelda is represented as an imposing warrior. But, as Sarkeesian points out, she is only able to achieve this disguised as a man and she's kidnapped within minutes of revealing her true identity.

Sure, Link is also at times injured or captured. At one point, for instance, he's locked in a Gerudo jail cell. But, as Sarkeesian says, Link, and male protagonists in general, usually get themselves out of the situation. And that ability to overcome obstacles is integral to their development as heroic characters.

Link also rescues other female characters who arguably fall into damsel trope, such as Saria, a friend from his Kokiri childhood, and Ruto, princess of the aquatic Zoras.

The game’s representation of animals is best displayed in the idyllic Lon Lon Ranch, a small farm operated by a human father-daughter duo. Entering the location, “Epona’s Song,” a tranquil and nostalgic piece by composer Koji Kondo, plays in the background. The wistful choice in music isn’t surprising, given widespread yearning by industrialized human populations for a recently abandoned, romanticized pastoralism.

From the perspective of domesticated animals, agriculture of the past was a gentler prospect than the modern, factory-farm system. But for non-humans the pre-industrial farm, as symbolized by Lon Lon Ranch, was still a place of exploitation and violence, where their lives, in general, would be significantly shorter and more circumscribed than those of their nearest, wild cousins.

But in the game, domestication is portrayed as a mutually beneficial, voluntary arrangement. The anthropomorphized cows of Hyrule speak to Link, literally saying, "Have some of my refreshing and nutritious milk!" Of course depicting a relationship as anything like symbiotic when one party kills and eats the other, as well as the latter’s children, would be laughable if it weren’t so appalling.

On this 15th anniversary of the game’s release, I encourage readers to dust off their Nintendo 64 and return to Hyrule. Hike up Death Mountain. Swim in Lake Hylia. Explore the Lost Woods.  “Ocarina” is a fantastic piece of art we can enjoy while being aware that, like so much other art, it has a lot of problems.