Harvard dismissed the Humanist Project director because she lied about her background, not because of her beliefs 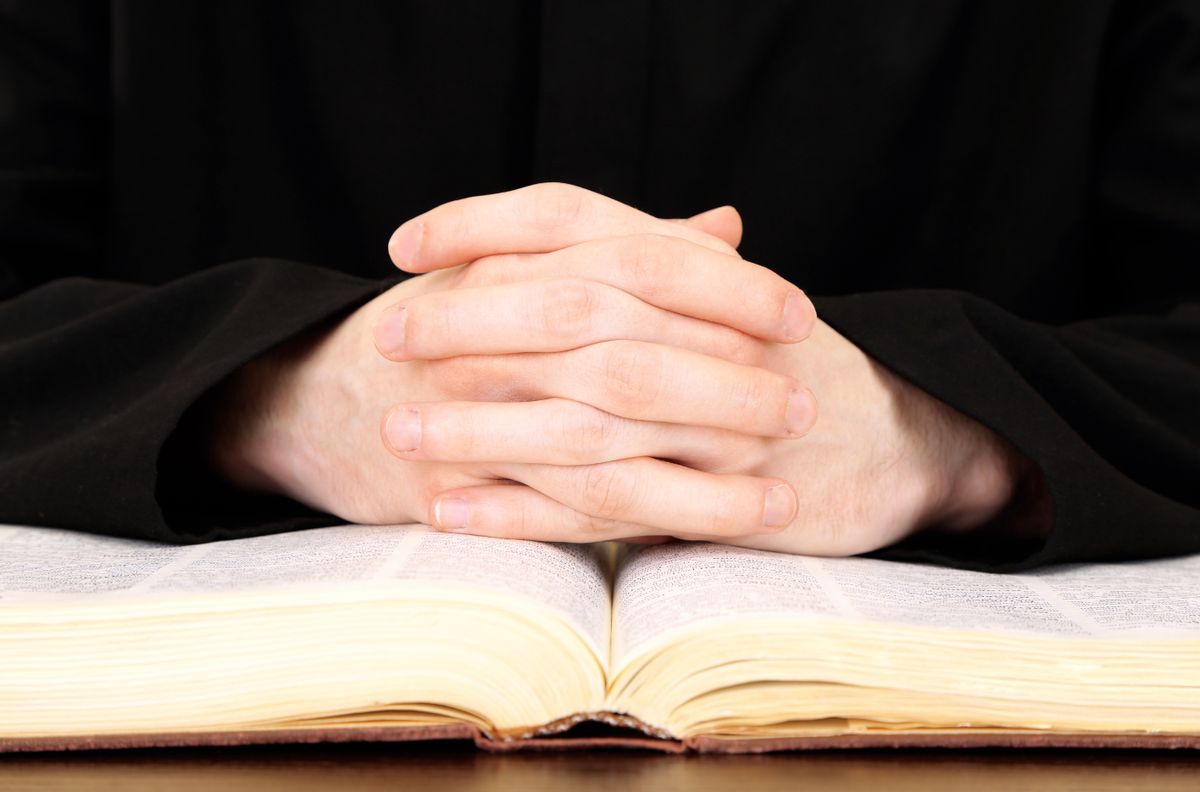 Teresa MacBain’s story is a multi-layered one which has induced significant pearl-clutching and teeth-gnashing among my colleagues at Duke Divinity School. Divinity school students and faculty are the sort of people one would expect to express strong feelings about MacBain’s story of “coming out” as an atheist, and the use of the word “church” to describe the communities she had sought to create in her role at Harvard. Now it turns out the credentials cited in her New York Times profile were falsified. “Ah!” we cry with glee. “She did not actually graduate from Duke Divinity School!” As if attending divinity school, at Duke or elsewhere, would have solved the problem.

Here, in the words of DDS Dean Richard Hays, from a letter to the community:

Ms. MacBain, who has recently been appointed the Director of an organization called the Humanist Community Project at Harvard, claims to have received a Master of Divinity degree from Duke Divinity School “in the early 2000s.” We have checked our records carefully, and confirmed that her claim to have a Duke degree is fraudulent.

Here are the facts: Ms. MacBain attended one four-week session of our summer Course of Study program in 2010—i.e., year one of a five-year program designed to train licensed lay ministers. She did not return in subsequent summers to continue the program. She was never enrolled in our M.Div. program at any time. Ms. MacBain has subsequently acknowledged to the New York Times reporter that she misrepresented her credentials; she has done so in numerous other public venues.

It is completely proper to pause and express frustration that someone seems to have used fraudulent credentials to get ahead professionally. MacBain did, after all, secure a position at Harvard (though she has since been dismissed). Not too shabby, compared to the more humble positions many who have actually graduated from Duke Divinity School now hold.

What strikes me as inappropriate is to use this as an opportunity to bash atheists—even those who we might feel misrepresent the Christian faith. Did it irk me when MacBain said, in an interview on Religion Dispatches,“I’d always been a thinker so when questions relating to my faith began to pop up, I ignored them at first. You see, questioning and doubts were sinful in my faith tradition”? Of course it did. I wanted to jump up and raise my hand, to shout, “I am a thinker too!” and “Doubt is not sinful! Who the hell told you that?”

But I am pretty sure that’s not the right thing to do here. After all, growing up in a conservative Christian subculture myself, I wrestled with doubt for years also. In college I encountered professors who modeled a “faith seeking understanding” approach to both the study and practice of Religion. For me, that process of asking questions—of seeking—actually saved my faith. For MacBain, it appears to have been the opposite. I respect that, as I hope anyone who has seriously wrestled with doubt can respect that.

I cannot help but wish she could have at some point witnessed (and participated with) divinity school students grappling with the very kinds of questions she refers to in the Times. But, just as the revelation that MacBain falsely represented her educational background shouldn’t become an excuse for atheist bashing, neither is it acceptable to act as if attending DDS would have drastically altered MacBain’s path—though of course that is always a possibility.

When Dean Hays reflects further that, “I regret equally that [MacBain] did not in fact avail herself of the opportunity to come to Duke Divinity School and learn from our faculty, who might have helped her in wrestling with her questions and doubts,” I agree, because that was my experience at Duke Divinity School. Yet it might not have been MacBain’s if she had attended. Consider her story, after all. She is a woman who grew up in a conservative religious tradition and not only left it behind as an adult, but went on to become a self-professed atheist.

At the risk of being obvious, let me point out that this is not a new story. I can think of college classmates, childhood friends, family members, and yes, even a seminary colleague or two, who would narrate their lives in a similar fashion. My internal response to them often feels similar to that expressed by Nadia Bolz-Weber in another interview on Religion Dispatches, where she reflects on a time she met an atheist while working as a hospital chaplain. She describes the woman, saying:

...it was this old lady with her hair stacked high and I just thought for sure she'd have some cheesy Christian prayer books that she'd want me to read from. I asked if there was anything I could do for her and she said, “Oh, no, dear, that's all nonsense. I'm an atheist.” I said, “Good for you. I wish I could pull that off.”

There have been times in my life when I wanted to pull that off. When MacBain describes her atheist “coming out” I scratch my head, because what could be less shocking in the twenty-first century that being an atheist? I am not wringing my hands over the fact that she is the equivalent of an atheist church-planter because it just seems like old news to me. I am more concerned, truth be told, that the New York Times doesn’t fact check its stories.

I can’t pull off atheism. I am too enraptured by the mystery of the divine, too convinced of human limitations, too busy continuing this life of faith seeking understanding. I am not surprised that atheists are creating church-like communities. I believe atheists humans are created, like Christian humans, in need of one another. I have no desire to convert Teresa MacBain, though. I only want to say that I am sorry someone in a church somewhere taught her that doubt is a sin.

As an educator, this reminds me that my work is pastoral. Will any of my students ever leave the church, I wonder? What messages have they received in the past about faith and doubt? What fears do they bring with them to seminary? As I guide a discussion this week on Athanasius’ On the Incarnation, how many people in the room will wonder in the back of their minds, “How can this be?” What could be a better way of grappling with that question than working through a text that ponders the mysteries of the divine with a group of eager first-year students, in hope that it will help us better serve our churches down the road?

This resonates with another comment made by Bolz-Weber in the interview quoted above. She describes Mary Magdalene, her patron saint, mistaking the resurrected Jesus for the gardener:

I'm sure her friends, for the rest of her life, when they'd be drinking, they'd be like, "Hey, Mary, remember when you thought Jesus was a gardener?" I absolutely love the fact that she didn't recognize him until he spoke her name. I relate to that. I don't think I recognized Jesus until it seemed like he was speaking my name. When that happens, we turn at the sound of the voice.

That's my story of being confused and hearing my name and turning over and over again. Not just like it happened once, this is a daily thing for me.

Being a Christian, especially a thinking Christian—a divinity student, or a divinity school teaching assistant like myself—requires a certain willingness to be confused, while also listening for that sometimes quiet voice, calling to you. I hear it now, and I hope my students hear it as well. I pray that in their studies they do not confuse Jesus with the gardener, but rather encounter him as one who calls them by name.