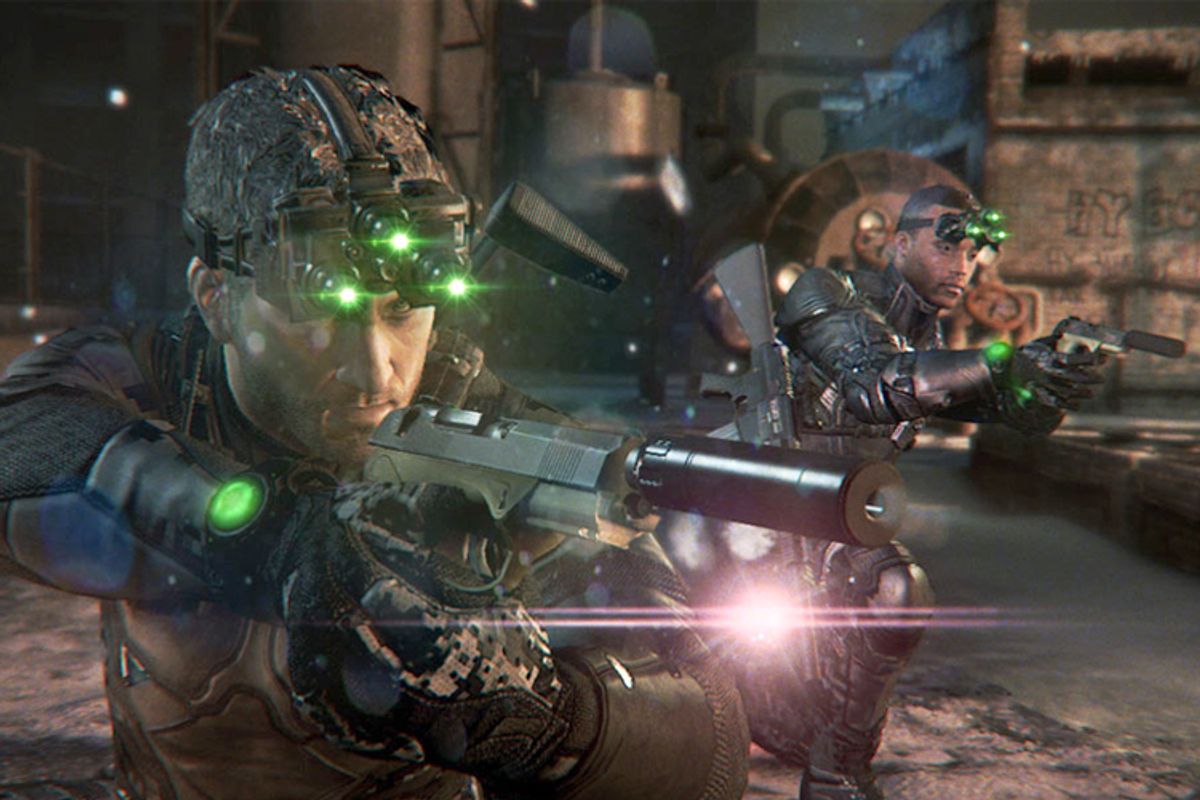 The widespread mourning of Tom Clancy’s death earlier this week is clear testament to a man who managed to have a significant impact across a range of media. We are used to seeing an author’s name plastered across the front of their books, and older Clancy fans are likely to remember the man for hugely popular novels (and later films based on them) like "The Hunt for Red October" and "Patriot Games." With very few exceptions, however, it is extremely rare to see an author’s name on a video game box, and none have graced the shelves of game stores as much as Tom Clancy. Anyone whose gaming life spanned the late '90s and beyond will almost certainly have come across his games, and many will have fond memories of playing them.

Other authors have collaborated on video games, stretching back to Douglas Adams’ involvement in writing the "Hitchhiker’s Guide to the Galaxy" text adventure in 1984, few have been real successes and certainly none has been as prolific as Tom Clancy. Whereas other authors have generally been brought in as writers and consultants to games, Tom Clancy took the unprecedented step of setting up his own highly successful game studio, Red Storm Entertainment, in partnership with ex-British Navy Capt. Doug Littlejohns. Through Red Storm and Ubisoft (which purchased the studio in 2000), Clancy produced three hugely popular game series – "Rainbow Six," "Splinter Cell" and "Ghost Recon" – whose success endures 15 years on.

Perhaps the reason for this success is that Clancy’s stories – tales of military espionage, rogue generals and missing nukes – play well to both the mechanics of video games and the interests of the "traditional" young male gamer demographic. Clancy’s games blended action-packed military scenarios with strategy and problem-solving game mechanics that required players to think and carefully plan in a way previously only seen in pure strategy games. In fact "Rainbow Six," released in 1998, was arguably responsible for creating an entirely new subgenre of video games, the "Tactical Shooter," which brought a degree of cerebral realism to shooters at a time when most action games favored run-and-gun game play and power-ups. Though their games are more action-focused, the makers of two of gaming’s biggest franchises – "Call of Duty" and "Medal of Honor" – owe a great deal to Clancy’s contributions to the media.

The not-too-distant-future universe that Clancy’s stories inhabit reflects a man who was ahead of his time in blending narrative and game mechanics. Military stories may be easy bedfellows with the action and strategy mechanics of video games, but we should hope that in the future, other authors will expand this synthesis to other types of stories. The news that Neil Gaiman and Neal Stephenson are seeking to get involved in video game production, crowd-funding their projects through sites such as Kickstarter, should be welcome to gamers.  If such authors succeed in adapting their flair for spinning narrative and creating worlds to the specific challenges of video game interactivity, then the medium will benefit hugely. Storytellers should revel in these challenges and the opportunities – such as branching story lines, explorable worlds and interactive dialogue – that they bring. Tom Clancy showed that an author can do this and have huge mass-market success in the process.  It is a hugely hopeful legacy to leave.