Why I said no to strippers

When my fiancé's bachelor party arose, I surprised myself by forbidding lap dances. I used to be a strip club queen 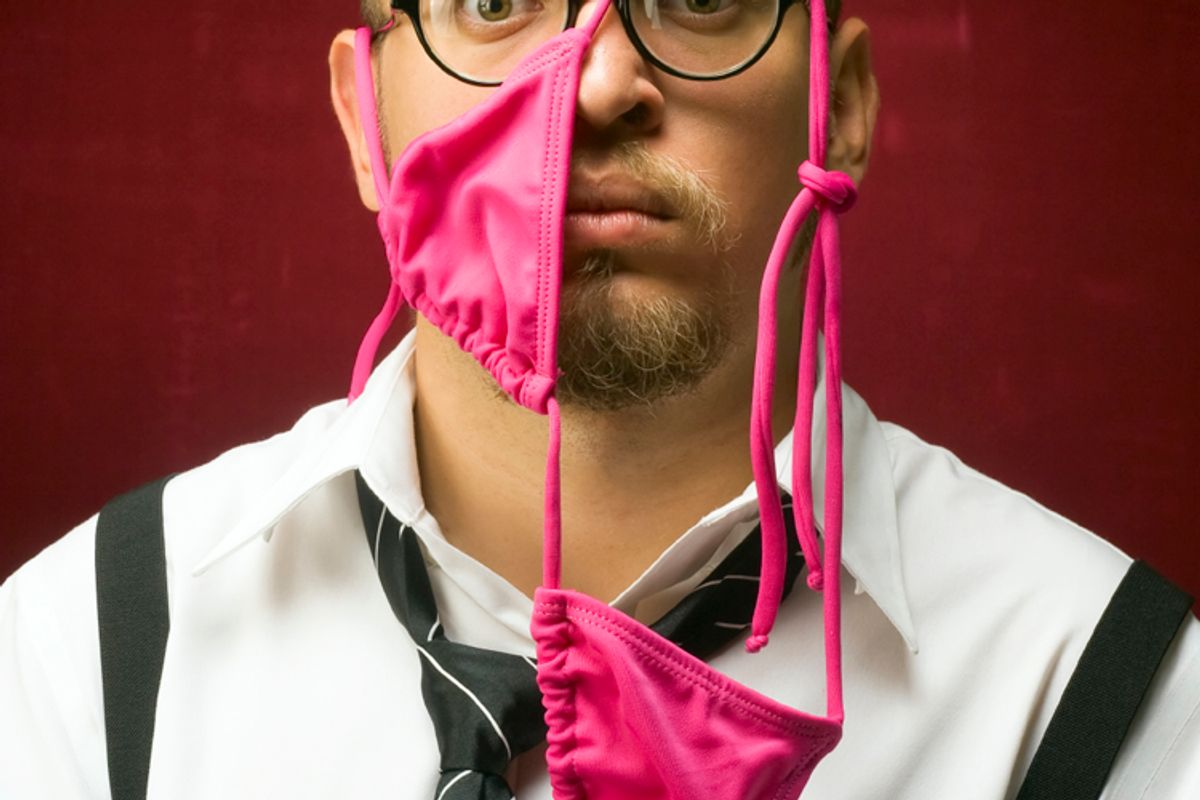 When my fiancé recently mentioned over dinner that a friend was planning a bachelor party for him, I surprised myself. “You’re not going to a strip club, are you," I said more than asked. "You’re not gonna get a lap dance, right?”

We both found it odd that I was objecting to the idea. After all, we went to a strip club on one of our first dates -- at my suggestion. I led him down the black-lit stairway and told the hostess, “We’d like to sit at the stage.” He had only been to a strip club once before for his brother’s bachelor party; I, on the other hand, can’t even begin to count how many strip clubs I’ve visited or lap dances that I’ve received.

One might think that I would simply shrug at the thought of my fiancé getting a lap dance for his bachelor party -- that I would smile at the thought, perhaps a bit condescendingly, in my knowing, “I’ve seen it all” sexpert way -- but the truth is quite the opposite.

If only my 21-year-old self could see me now.

It used to be that the most reliable sign of my drunkenness was my utterance of two words that could so quickly transform a night out: "Strip club." Wasting no time, I would approach the cockiest man in the club -- the one with a table all to himself, the one spreading his legs wide like he owned the place -- take a seat without asking and say, “So why are you here?” Part flirtation, part interrogation. For a long time I couldn't do one without the other: I wanted men, but their desire was inherently suspect to me, a potential threat.

I can remember as a 13-year-old watching a stripper perform a lap dance on late-night HBO. Forever burned into my memory is her customer's flushed cheeks and slack-jawed awe. My thought then was so clear: "I want that power." I spent hours -- certainly more than I later spent inside actual strip clubs -- dancing in front of my bedroom mirror attempting to perfect the moves I'd seen on TV. My discarded clothes would be cut up and transformed into revealing outfits worn only behind my closed door. Oh, the things I could do with torn fishnets.

Sometimes I think I imprinted on that HBO stripper like a baby duck. You should have seen my face when my fiancé recently told me in a conversation about strippers, "I don't think they have as much power as you think they do." He might as well have said, "That's not your mom."

In my strip club days, I took pride in the fact that I wasn't the wife trying to indulge, or merely tolerate, her husband’s need to “spice things up,” the one who eyes each approaching dancer with a desperate, vulnerable look that screams, “Please don’t hurt me.” The girlfriend who thinks she can handle it, but then leaves in tears. The woman protecting her insecurities by conspiratorily whispering to her date -- things like, “Her nipples look weird” or “Did you see her teeth?” The clueless wife at home blazing through her Netflix queue while her husband “works late at the office” again. No, I was the young woman sitting at the stage, cheering on dancers and telling them, “You’re awesome," and sometimes the girlfriend tipping far more enthusiastically than her boyfriend.

I often believed I was doing the dancers a feminist favor by invading this male space, by making the men squirm. Dancers would crawl toward me during a set and whisper in my ear, “I’m so glad you’re here” or tell my group of straight female friends, “You guys made my night,” while we tucked dollar bills into her g-string. I used to see this as genuine appreciation of our sisterly support. Now I’m embarrassed to look back at our naiveté, to recognize the insult inherent in our belief that these women needed sisterly support.

It would be an understatement to say that strippers are skilled at reading their customers. I do not doubt that some of those women saw right through to the little girls inside of us that were terrified of not being loved, of not being enough. That they understood on some level that we were there to confront our worst fears about men. I can’t count the number of times a dancer told me or one of my friends, “You’re beautiful” or “Don’t you beauties go stealing our business!” They were playing to our fantasies as well.

I had worked so hard to be the cool, down-with-anything chick -- but as the topic of his bachelor party came up, I began to realize that I didn't want to anymore. “I feel like it would be a betrayal for our mutual friends to be there. To be celebrating your last days of freedom -- as though we aren’t already committed to each other! As though I am some awful maternal figure who is grounding you for the rest of your life.” I clutched my wine glass tightly and unconsciously raised it in the air, as though toasting my own argument. “Bachelor party culture is designed to make an enemy of the wife-to-be. It’s disgusting! I hate it!”

I wasn’t even close to done. “I don’t want some stripper grinding her ass in your crotch!" It was the first time I'd used the word "stripper" as an insult -- but it revealed so much of what I'd always felt: I wanted to be them and yet resented men for wanting them -- or, to be more precise, I resented men for having desires that made me feel vulnerable to rejection. "I know what lap dances are like," I said. "I’ve had them, and they are sexual! It is sexual contact! It is a sexual act!” I reminded him that for my bachelorette party I had arranged to have an after-hours celebration at an animal shelter, involving puppies and champagne -- no joke. Beagles and bubbly, far from boobies and butt-shaking. “What if afterward I went out to a club and danced with some random guy?” I continued, incredulous at the possibility, “What would be the difference? Same damn thing!”

I finally gave him a chance to respond. “I don’t even want to go to a strip club,” he said. “I have no interest in getting a lap dance at my bachelor party.” I paused, embarrassed. “You really enjoyed letting me work myself up there, didn’t you,” I said. He smiled. "Definitely."