A mysterious wasting disease is turning starfish to goo

The fish are melting away at an alarming rate 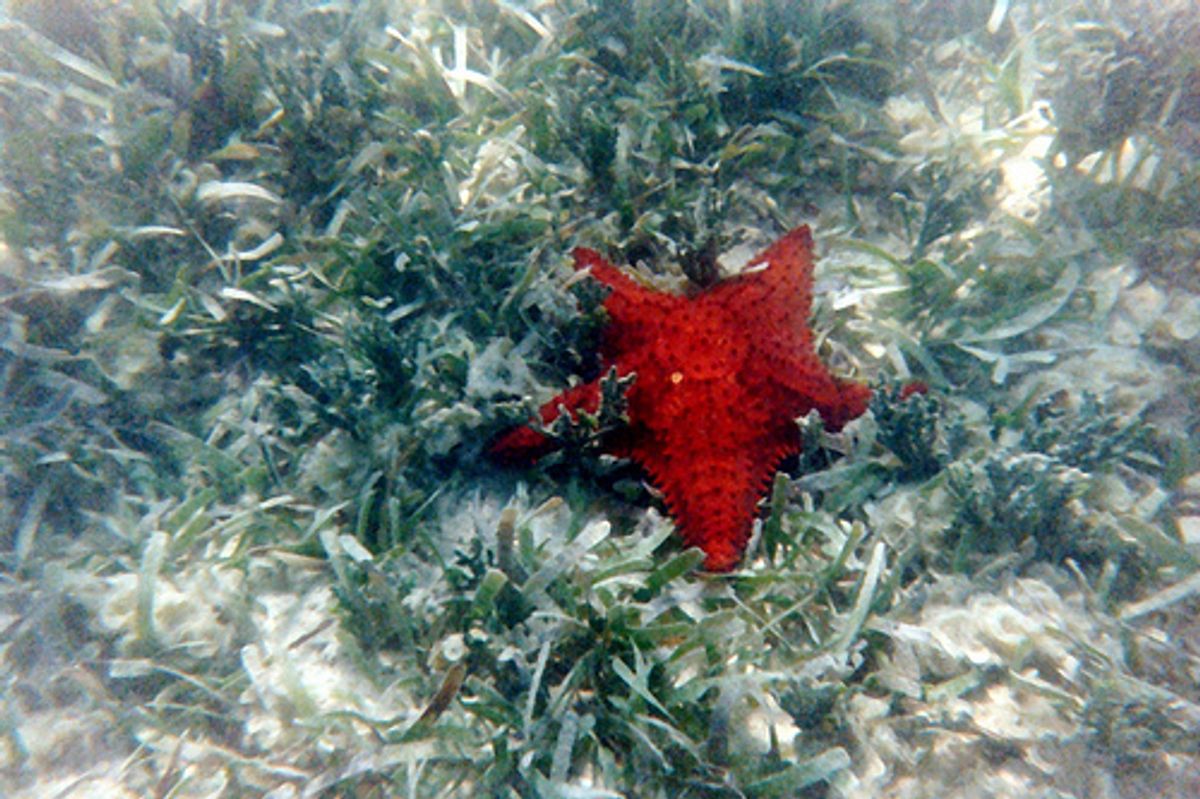 Starfish struck by a mysterious epidemic, dubbed Sea Star Wasting Syndrome, are dying by the thousands. According to the Vancouver Aquarium, the orange fish are disintegrating on the ocean floor, disappearing before researchers' eyes.

In recent years, reports the Canadian Press, Vancouver had an overabundance of sunflower sea stars. Overpopulation is likely the reason why the outbreak occurred in the first place, marine experts say. But the disease is more than overcorrecting for the population boom -- researchers are now concerned that it could kill them off to the point that there aren't any left.

A similar phenomenon has been observed off the coasts of Florida and California, and in a stretch of the Atlantic from New Jersey to Maine. Researchers are having difficulty studying the disease, or even figuring out if it's one singular epidemic -- by the time they can get even healthy-looking specimens back to the lab, they've already turned to goo.

As Donna Gibbs, a research diver and taxonomist on the aquarium's Howe Sound Research and Conservation group, put it: "They're gone. It's amazing."