Anniversary of an endless war

It's been 12 years since the U.S. invaded Afghanistan, but anniversaries make little sense when wars are boundless 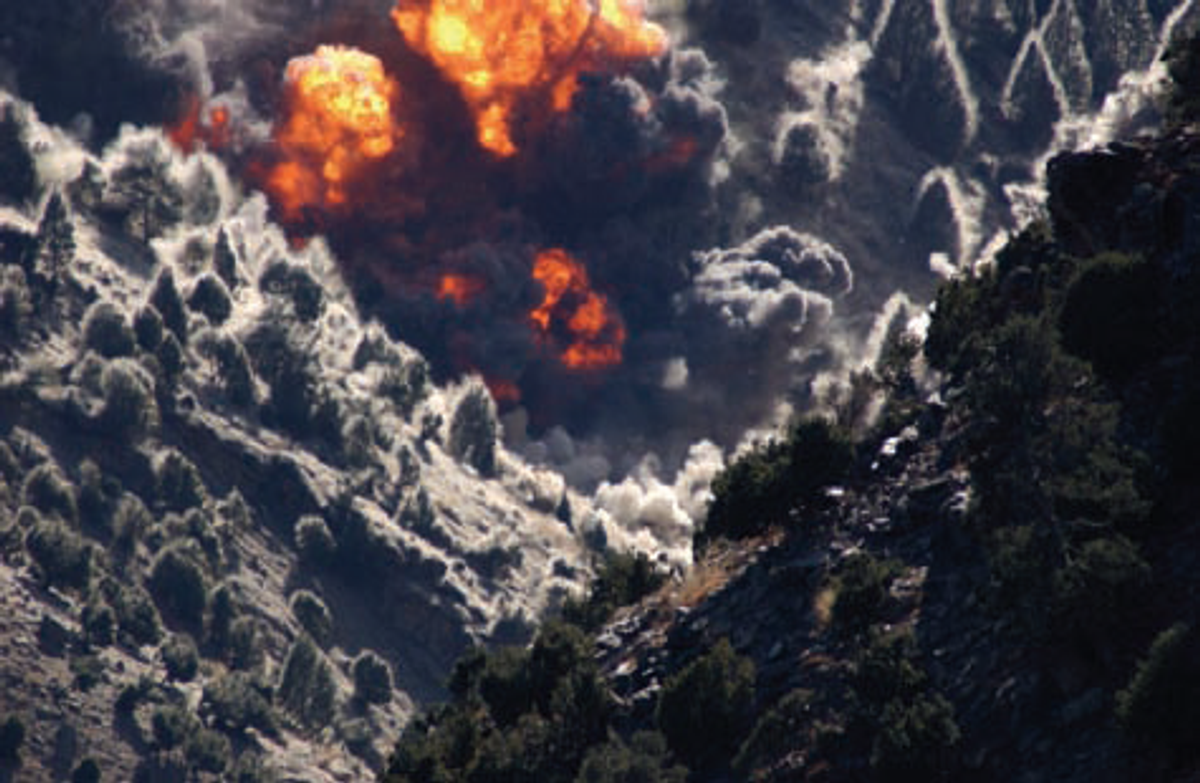 In the classroom, we learn of wars through dates. Distinct and contained in calendar years, the great wars, we learn, began on one date and ended on another. World War I -- 1914 to 1918; World War II -- 1939 to 1945; Vietnam -- 1955 to 1975 ... we could go on. There is some lie to these dates, of course: If the history of the world is the history of wars, as some say, we can be sure that war never springs from a vacuum one year only to end neatly some years or months later. There are contexts, conditions, mess and hangover, always.

But never has the idea of a war contained by dates seemed so absurd as it does today, which, as it turns out, is the 12th anniversary of the U.S. invasion of Afghanistan. The Afghanistan War -- 2001 to TBD. It's little wonder that the 12th anniversary of the Afghan engagement arrived today with little fanfare: In an epoque of borderless and endless war, operating under the ever-mutable "War on Terror," anniversaries make little sense. It is problematic to learn of wars through learning distinct years and dates; in an age of constant war and shadow war, it's not only problematic, it's impossible.

Operation Enduring Freedom was officially launched on Oct. 7, 2001 -- nominally, that date marked the beginning of the Afghan War, as a barrage of airstrikes first bore down from U.S. and NATO allied jets (but of course, the conditions for the invasion expand without defined beginning back into post-Cold War history). George W. Bush's premature declaration of the war's end in 2004 looks all the more laughable nearly a decade on. As Stars and Stripes pointed out Monday, "there are still 54,000 American troops in Afghanistan. That is more, by far, than at any time during the first seven years of the war, yet these days, they garner scant news coverage." Certainly, these figures alone (add in, too, the U.S. drone wars in Pakistan, Yemen, Somalia and elsewhere -- special operations forces now infiltrate more than 100 countries) give lie to the idea that, when it comes to Syria, the U.S. is making a choice about whether to engage in war. We are at war -- constant and borderless war. What is at stake with Syria is rather how the constant war will continue to take shape in the Middle East.

Meanwhile, the situation in Afghanistan is, as H. Patricia Hynes of Traprock Center for Peace and Justice aptly noted in Truth-Out, best described as "Operation Enduring Violence." The purported motives for the Afghanistan invasion -- to overthrow the Taliban leadership, thereby destroying al-Qaida, and to hunt down Osama bin Laden -- have long become irrelevant or impossible goals to the volatile situation within Afghanistan's borders. Bin Laden was found and killed in Pakistan, al-Qaida has spread and gained purchase and allies throughout the Middle East and Africa; Hamid Karzai's government is riddled with corruption and burdened by instability. All the while, it's estimated that tens of thousands of Afghan civilians died as a result of war since 2001. (U.N. statistics for the years 2007 to 2012 alone put the death count at 15,000 civilians.) Around 2,300 American soldiers have died and 18,000 were injured in the war since 2001.

At this point, it's unclear in what meaningful way the Afghan War could be determined "over" in the future. Sure, President Obama is drawing down the military presence in the country from 54,000 to 34,000 by early 2014. But what of the contractors, the mercenaries, the U.S. business interests that staked claims in Afghanistan under the auspices of war? What of the Defense Department's drone strike program? What of the troops that will remain? It's problematic, in this sense, to even speak of the War in Afghanistan. Wars, we were told, had beginnings and endings. But when wartime is all-time, to speak of isolated wars ignores the sprawling global empire of war-waging under which we live and of which Afghanistan is one blurred front line. Oct. 7 2001 was a significant date in modern history. But in marking its anniversary we risk making it seem as though the current state of boundless, endless war could be contained by dates at all.