Michele Bachmann: Obama supports al-Qaida and "end times" are near 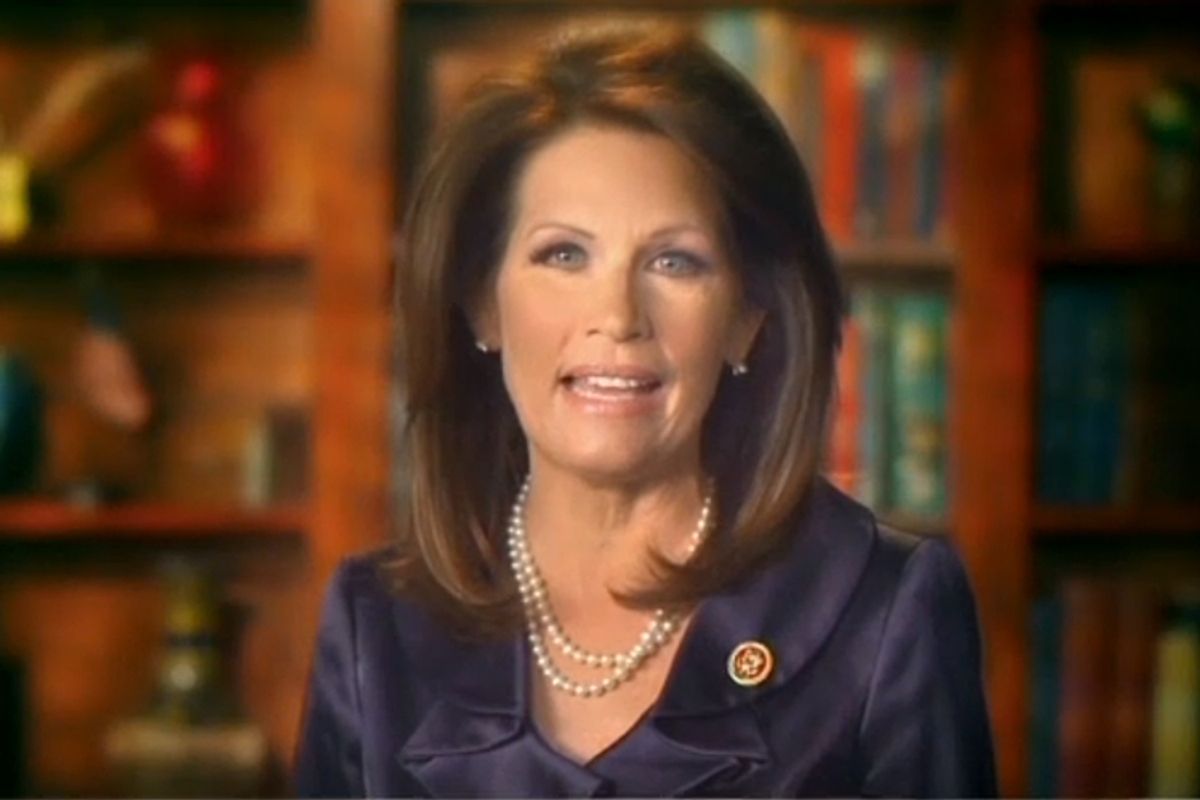 According to a new report from Right Wing Watch, Minnesota Rep. Michele Bachmann claimed in a radio interview with Jan Markell on Saturday that President Obama is supporting al-Qaida and that this was proof "end times" were near.

Referring to the president's earlier decision to provide small arms and anti-chemical weapons gear to a number of vetted Syrian rebels, Bachmann said:

This happened and as of today the United States is willingly, knowingly, intentionally sending arms to terrorists, now what this says to me, I’m a believer in Jesus Christ, as I look at the End Times scripture, this says to me that the leaf is on the fig tree and we are to understand the signs of the times, which is your ministry, we are to understand where we are in God’s end times history.

Scary as that sounds, however, Bachmann urged listeners not to panic. "Rather than seeing this as a negative, we need to rejoice, Maranatha Come Lord Jesus, His day is at hand," Bachmann said. "When we see up is down and right is called wrong, when this is happening, we were told this; these days would be as the days of Noah."

Bachmann and Markell then discussed new mosque construction in the US, which troubled Bachmann: “We’re seeing this all across America, it’s like groups want to top each other and be the new, latest, largest mosque in North America.” She said that many mosques are financed by those “advancing the goals and beliefs of the violent Muslim Brotherhood and that should give us pause.”

She then said that the boom in mosques was evidence that the country should completely cut off immigration.

“In my opinion, I think we should be hitting the pause button on immigration and on refugee resettlement,” Bachmann said. “We have an issue now when you have Americans that are being recruited in America and going over and being involved in terrorism, I think we need to hit the pause button.”