Number of women on UK corporate boards is rising

But not as fast as officials had hoped 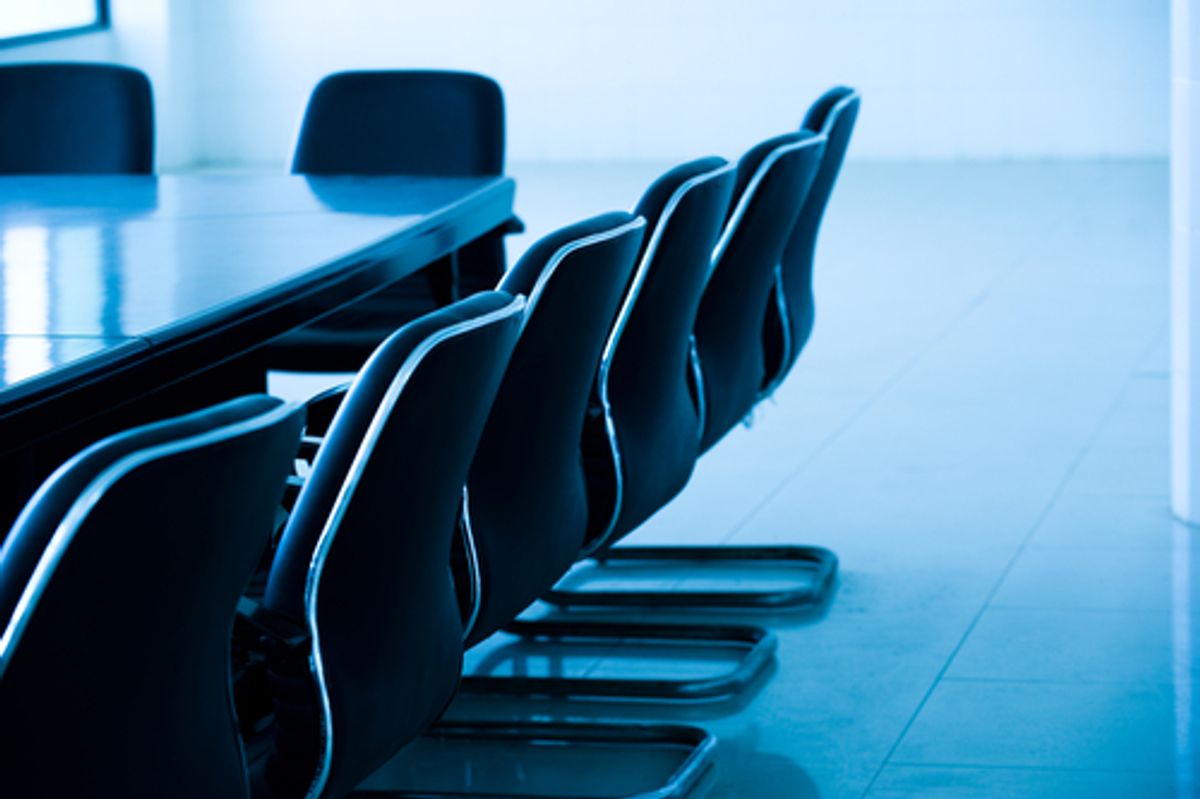 Two and half years ago Lord Davies set a goal for a quarter of the seats in the boardrooms of the UK's 100 biggest companies to be held by women by 2015.

At the time, women held 12.5% of boardroom positions and there were 21 all-male boards. Therefore, the latest government update showing that the proportion of women in boardrooms has risen to 19% is a cause for celebration. Until you scratch beneath the surface. There are still six companies in the FTSE 100 that have all-male boards, while the proportion of female directors holding executive positions has reached just 6.1% from 5.5% when Davies set out his targets.

To attempt to hit the goal set by Davies, companies have taken the easiest route – appointing non-executive directors. This should not be surprising. Helena Morrissey, boss of Newton fund managers and a leading member of the 30% club, which promotes woman in boardrooms, points out that there are often only two executive positions on a board - the chief executive and the finance director - compared with six or so non-executive positions.

There is also the problem with the "pipeline" of women coming up through the ranks of major companies. To tackle this, Sir Roger Carr, boardroom veteran who was recently named BAE chairman, intended to use a speech on Monday night to suggest companies set goals for female members of the executive committees that are one rung below the boardroom.

These are the top managers who will provide the next generation of board members and the talent pool of chief executives of the future. This is where real progress needs to be made if the goal, as Vince Cable puts it, is for women to "not only advise but run this country's great companies". On this measure, Davies is failing.