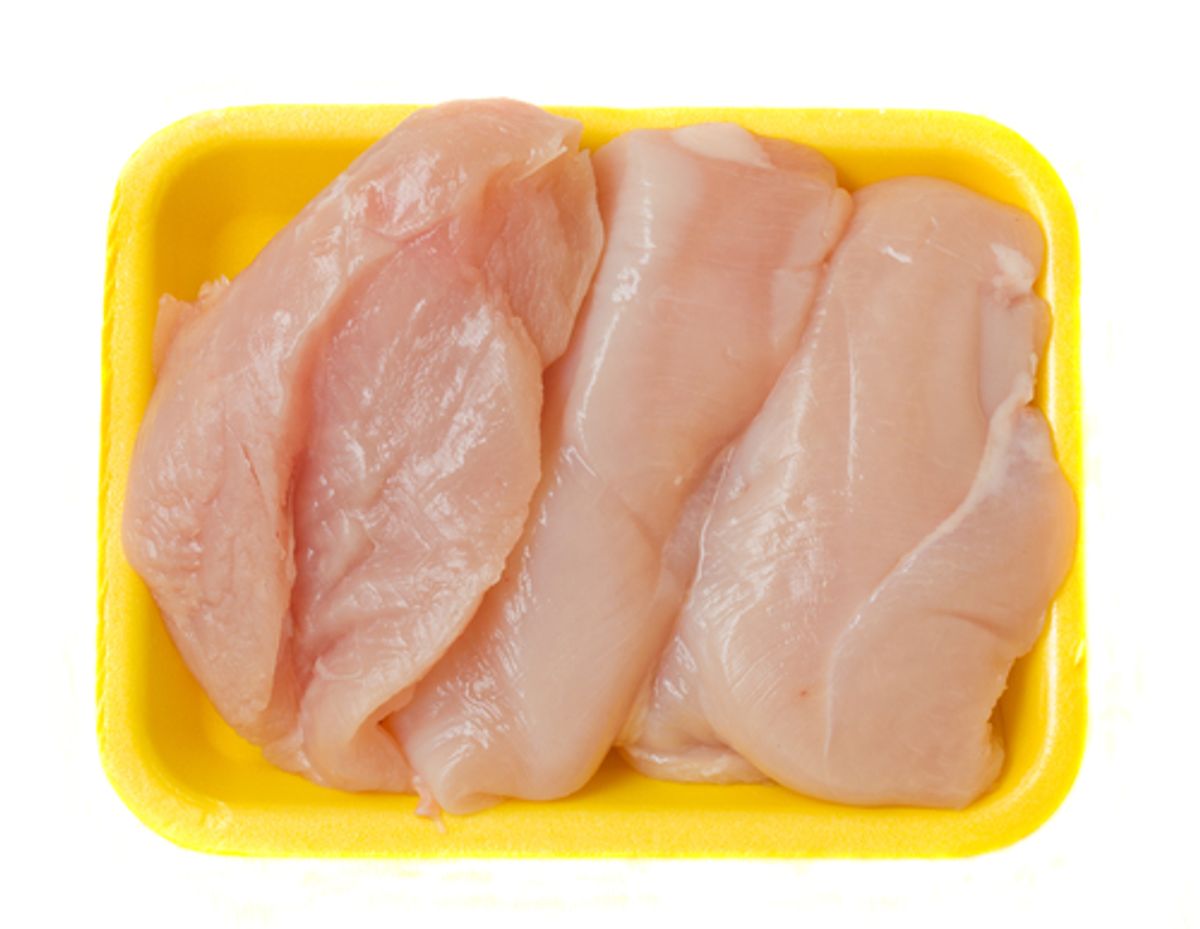 Last night, the U.S. Department of Agriculture and Centers for Disease Control issued a public health alert for raw chicken products purchased from three different facilities in California. The chicken, produced by Foster Farms, has been linked to a major salmonella outbreak in which "an estimated 278 illnesses were recently reported in 18 states." According to the alert, "The outbreak is continuing."

There's not much more to report, as NBC News found out, because both the USDA and the CDC are severely understaffed as a result of the government shutdown.

State officials are still on the job, ThinkProgress clarifies, but Wired points out that the CDC is not currently able to monitor multi-state outbreak investigations:

That means that the lab work and molecular detection that can link far-apart cases and define the size and seriousness of outbreaks are not happening. At the CDC, which operates the national foodborne-detection services FoodNet and PulseNet, scientists couldn’t work on this if they wanted to; they have been locked out of their offices, lab and emails.

That includes all but two of the 80 officials normally in charge of analyzing food-borne pathogens, according to CBS.

Officials have already struggled to identify the source of the outbreak, which first began in March. It seems unlikely that they'll be able to now. In the meantime, consumers are being cautioned to wash and cook their chicken as thoroughly as possible.