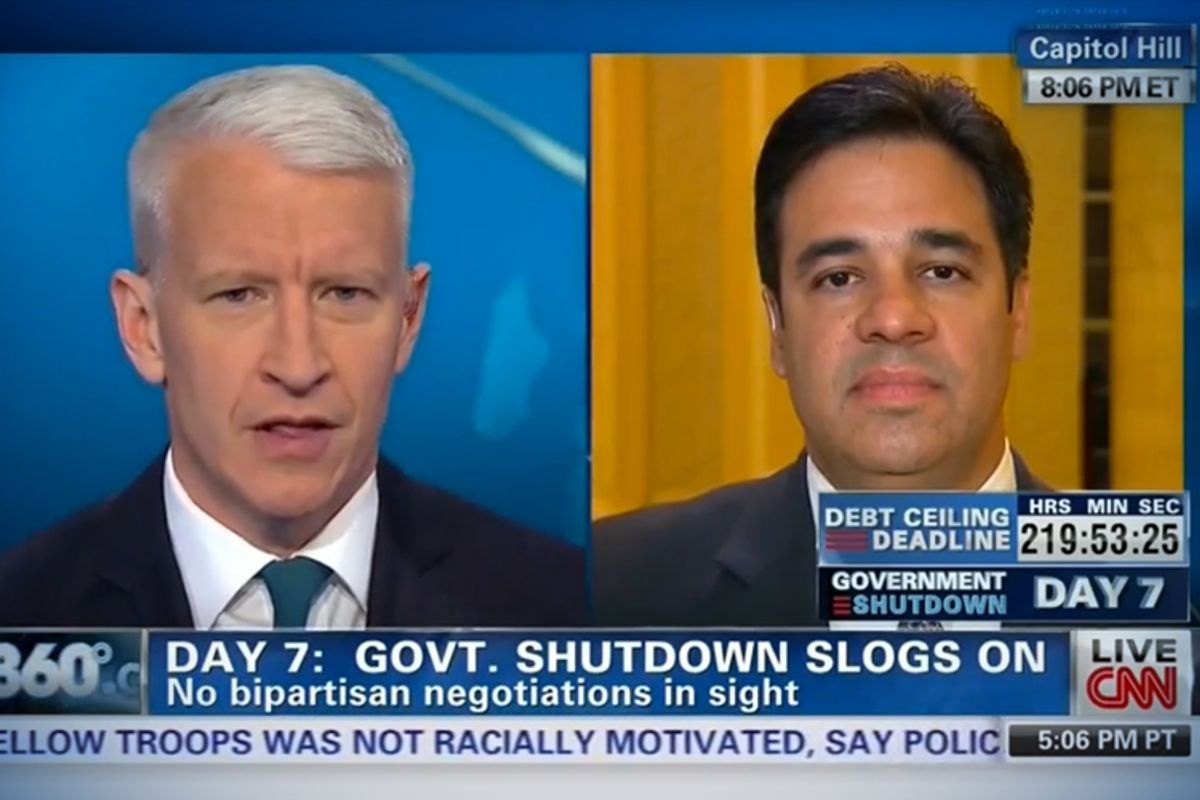 According to Politico, things between Anderson Cooper and Idaho Republican Raúl Labrador got a little heated on Monday night, as the CNN host's consistent push-back on the Republican congressman's talking points led to accusations of media bias.

Cooper and Labrador's conversation started congenially enough, but when the topic turned to why Republicans won't bring up a "clean" continuing resolution to fund the government, Labrador complained that Cooper was simply upset with Republican control of the House.

"Look, I don't have a stake in this," Cooper responded. "This is the way it works in journalism. When you’re not on Fox News, you get contentious interviews. When you’re not on MSNBC and a liberal, you get contentious interviews. My job is to ask you questions. Just as my next guest, who is a Democrat, I’m going to ask the same kind of questions and push back on their positions. That’s what a journalist does."