Even little kids aren't safe from the trolls

Solange Knowles reveals why she quit Instagram -- for her son 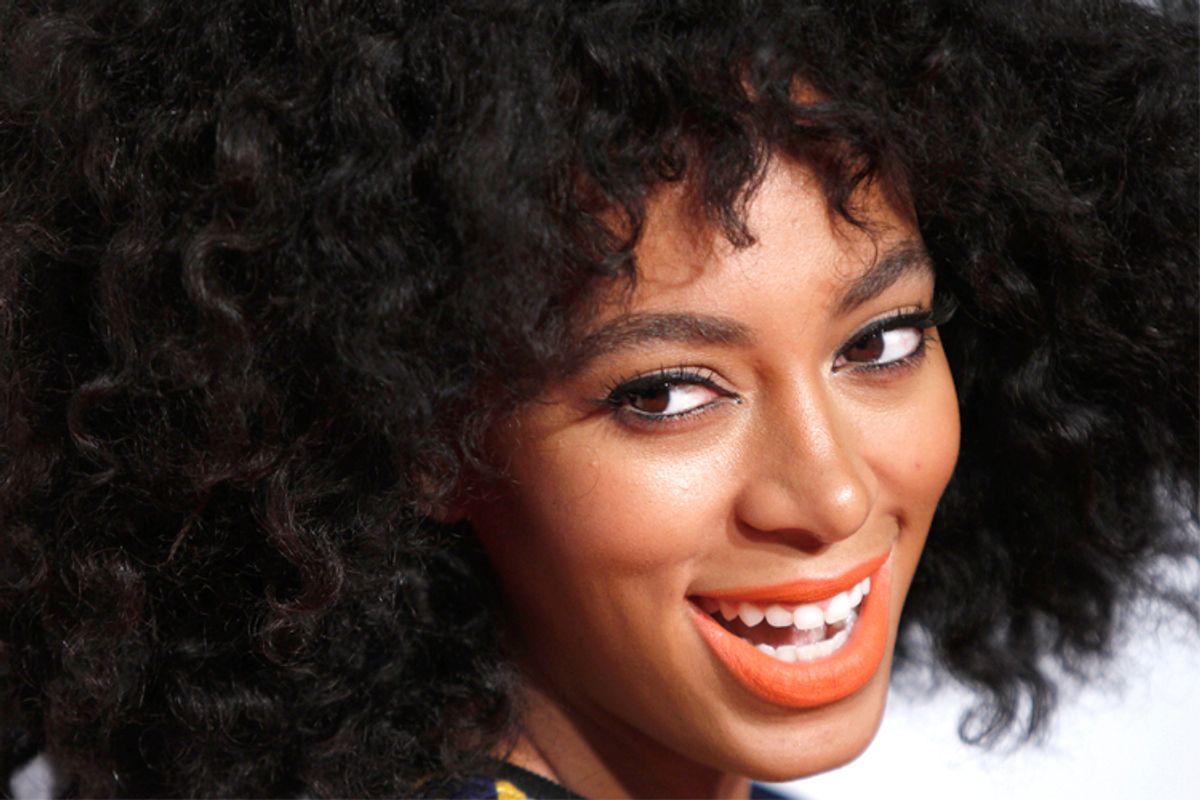 Today in proof – yet again – that there is no depth to which the trolls will not sink: picking on a little boy, just because his mom is famous.

In an interview this week with Concrete Loop's Angel Laws, singer and songwriter Solange Knowles talked about her new music, her inspirations – and why the social media-savvy artist gave up on Instagram. When asked how she deals with the online negativity of "some psycho crazy person saying something crazy," she replied, "I've been in the industry for so long and always been a part of a very accessible movement in technology. Part of me just turns a [blind] eye to it and then a part of me really feels like the humanization of artists really has been stripped down. One of the reasons I went off Instagram is because I would post pictures of my son or of my friends and they would be criticizing. I’m completely, fully capable of handling negativity for myself, but to put that kind of access to negativity behind people who didn't ask for it was really troubling to me." Last year, when her son Julez was 7, she announced, "Bye bye Instagram. That was short-lived but fun!"

Knowles has not hidden her son from the limelight in the past -- three years ago he appeared at the Grammys with his uncle Jay Z. This past summer, she brought him out onstage with her while she performed at the Northside Festival in Brooklyn. And when you put your family out there in the public eye, not everything that comes back is going to be sunshine and rainbows. But while it's not exactly surprising that the spew factory known as online commenters could find something unpleasant to say about a small child, it doesn't make it any less repulsive.

The Knowles family has a proven track record of gracefully handling the bullies. Last year, when a private photo of writer and filmmaker dream hampton's daughter posing with Beyoncé wound up on Twitter, the jerks quickly issued their verdicts of the "ugly" teenager with the "furry ass face." Beyoncé soon issued her retort to the haters, posting the contentious -- and beautiful -- photo on her own Tumblr.

It's the job of a parent to protect his or her children – an often tall order in a frequently toxic world. And while it's a tricky challenge for all of us, there are unique considerations for those with any degree of celebrity. After all, they're the ones constantly confronted by the saddest human beings in the universe -- the folks whose entire social media stream is angry replies to famous people. No wonder that this summer, a pregnant Jennifer Love Hewitt beat a preemptive hasty exit to Twitter, saying, "Unfortunately with all the negativity people choose to send on Twitter as well as threats to their own well being, I'm sad to say Twitter is no longer for me."

As Knowles says, it's one thing to assume responsibility for whatever weirdness comes one's own way. It's a different ballgame knowing that any cretin with Internet access can be cruel to your child, cruel for no other reason than the pleasure of cruelty. Sometimes, it's just easier to walk away from it than try to change it. But Knowles acknowledges it isn't all bad. In fact, it's often great. She still has well over a million followers on Twitter, where she still even occasionally posts photos of her son. Living online doesn’t have to be all or nothing. It just has to be what feels safe – and respectful of the privacy of others, including children. Knowles says, "I've been really, really lucky that I've developed a really great support system and fan base of people who totally get it and share love and it's reciprocated. I think we learn from each other and we grow from each other. I try to focus on the positivity."