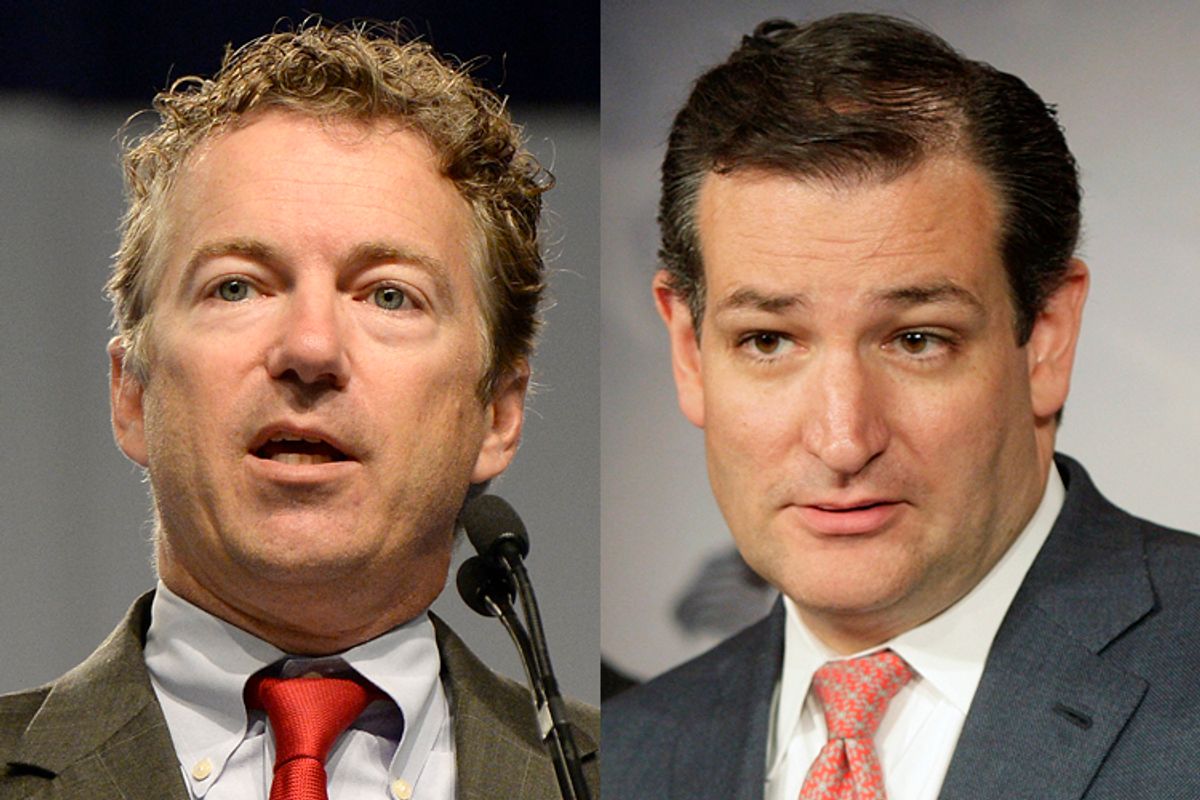 The government shutdown, and the prospect of an unprecedented debt default, have sparked a new wave of debate about whether the system of government set forth in the Constitution is equipped to handle the tactics taken up by the modern GOP. Salon spoke Friday with Mike Lofgren, who worked as a Republican congressional staffer from 1983 to 2011 (including 16 years as a senior analyst on the budget Ccommittees of the Senate and House) before leaving and writing the best-seller "The Party Is Over: How Republicans Went Crazy, Democrats Became Useless, and the Middle Class Got Shafted."

We discussed the last government shutdown (“terrible”), the current GOP (“neo-Confederate insurrectionists”) and how this showdown could end. A condensed and edited version of our conversation follows.

So in the lead-up to the shutdown and the way it’s played out so far, what if anything has surprised you?

Nothing. Of course the media is kind of covering it like the Michigan-Ohio State game, and love anything with a countdown clock or supposed suspense and all this other crap, and the easy visuals of some park service guy putting up a sawhorse at the Jefferson Memorial. None of that surprised me. [But] this is not something happening according to exigent circumstances or happenstance. This is something that the GOP wanted.

And I’ll say this: I am not an Obama partisan. I have many bones to pick with him, including the healthcare bill. If your intent was to insure as many people as possible, you’d have single payer. You also wouldn’t pay off big Pharma and the insurance companies. That said, the difference between what Obama and the Republicans are doing is like the difference between stomach upset and galloping Ebola.

These people are basically neo-Confederate insurrectionists. They are in substantive rebellion against the orderly government of the country. And one of the things I noticed -- and it’s something that’s very common in human beings -- we all try to mollify or appease the crazy uncle at Thanksgiving dinner. You know, “Don’t make a scene.” Well, I noticed in the last few years of my service on the Hill that a number of Democrats seemed to be afraid of Republicans. And Obama pretty much wasted his first term trying to mollify them. I think he’s finally stumbled upon a strategy that’s better: simply not give them what they demand. Because this is a deliberate strategy to hold the government hostage.

Newt Gingrich has been arguing that this isn’t really unusual, because shutdowns have happened before, and other language has been attached to bills raising the debt ceiling before, and so this is just the normal course of politics -- and that it’s Obama who’s acting unusually by not being willing to make concessions to avert a shutdown or a debt default. What’s your view of that kind of argument?

What concessions were made in the cases prior to this that the debt ceiling was raised? Yeah, people made partisan political speeches. But they didn’t threaten to shut down the government or have the United States default.

Gingrich has to defend it because of the shutdown that occurred during his speakership; if he were to criticize [this], it would be a criticism of his leadership. Now he says, “Well, we got the welfare reform and all of this other stuff from Clinton, so it was useful.” Well, [while] they were worried about Vince Foster’s “murder,” and how Clinton was a “communist,” he was probably the best moderate Republican president we’ve had. He signed the repeal of Glass-Steagall and he was not under any duress. He signed the Commodity Futures Modernization Act of 2000 that pretty much prohibited any regulation of commodities, CDOs and mortgage-backed securities. So that was Clinton’s inclination all along; it had nothing to do with pressure from Gingrich.

It was terrible. It was just basically showing up -- I was an exempt employee – just showing up for work and essentially waiting for the Great Oz to speak – namely, the speaker’s office.

Was there a sense that there was a plan? How ordered was it? How chaotic?

It was fairly chaotic. And finally cooler heads in the Senate like Bob Dole simply prevailed. I recall him saying in the well of the Senate, “Enough is enough,” and that’s how it ended. Essentially when the Republican Party divided over whether it was a good idea or not, rather than getting some sort of deal out of Clinton. And the [balanced] budget – well, that was a flood of revenue, basically a result of the dot-com bubble. It didn’t really have that much to do with discrete decisions made on Capitol Hill.

How much has the Republican Party changed since then?

In the ‘80s there was a willingness to negotiate, to compromise. The Beirut bombing killed 246 Marines, and it revealed a terrible lack of cooperation between the individual services. And Barry Goldwater and Bill Nichols, his Democratic counterpart in the House Armed Services Committee, got together and came up with the Joint Chiefs reform act. There was no partisanship about this. It was, “How do we fix this problem?”

If that’s changed, then why?

I think Gingrich’s speakership was an important way station on the road to our current circumstances. Because he very much polarized things. And his successor in function if not in title, [former House Majority Leader] Tom DeLay, took it a step closer with the K Street Project and that sort of thing to really polarize matters.

But maybe in a broader social sense, I think it was the twin shocks of 9/11 and the 2008 meltdown that released a Frankenstein monster that was sort of sleeping in the American id -- a certain totalitarian streak came out, an absolutist streak, good versus evil, where either you’re with us or against us, all of this kind of nonsense.

Plus, in 2008 you had the biggest crash since the Great Depression. And you know, we think we got through the Depression OK – well, we had Franklin Roosevelt. But you know other countries lurched to the right, violently. And there is a strain in the American society that seeks a kind of reactionary order to the chaos they see, that supports charlatans like Ted Cruz.

And although our American political system doesn’t offer much choice, with only two parties and gerrymandering, I think the people that elect these idiots bear a heavy burden of responsibility. They can’t say they’re against the government and then moan that they don’t get their check from the V.A.

What’s your view of how John Boehner’s approaching and preserving his speakership?

Well, he’s hanging on as best he can. I’ve always regarded him as a typical country club Republican -- and for me, that’s not a criticism, that’s praise. He’s better than the zealots. I would take Boehner drunk over Cruz sober. But he’s in a hard position. Maybe he’ll have to give up his speakership in order to resolve this.

So what is the most likely ending to this?

Just based on intuition, I tend to think it’ll go on until sometime close to the default date, 17th of October. Because the government shutdown is a bad thing, but a default puts us into uncharted territory. When you screw around with the full faith and credit of the United States government, that’s serious. And I think [Obama] did a horrible job in 2011 taking the invocation of the 14th Amendment off the table. The 14th Amendment states that the United States will pay its debt. This is an exigent circumstance, and he can do it. Just tell the Treasury to keep rolling over the T-bills. And he’s in his second term; what can they do to him?