Spotted: Crazy-looking lizard once thought to be extinct 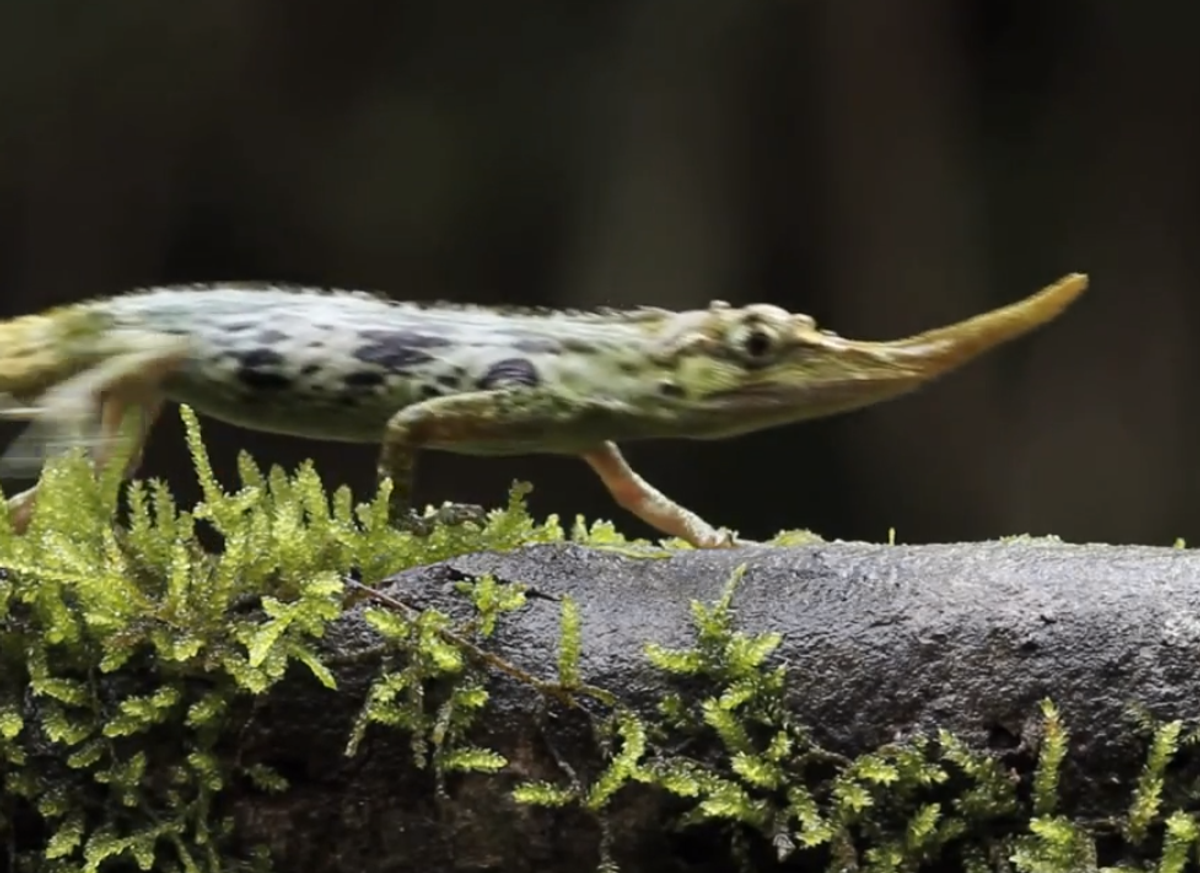 Alejandro Arteaga and his team of researchers and photographers needed just one last photograph to complete their book documenting the reptiles and amphibians of Mindo, in northern Ecuador.

But the endangered Pinocchio lizard (Anolis proboscis), which for 50 years was believed to be extinct, had only been spotted twice before since 2005. Despite knowing that the entire species mostly sticks to a single stretch of road, it took the team three years to finally spot one.

After photographing the male lizard, whose long nose, according to LiveScience, is a sexually selected trait that "likely serves no functional purpose," they let him go: