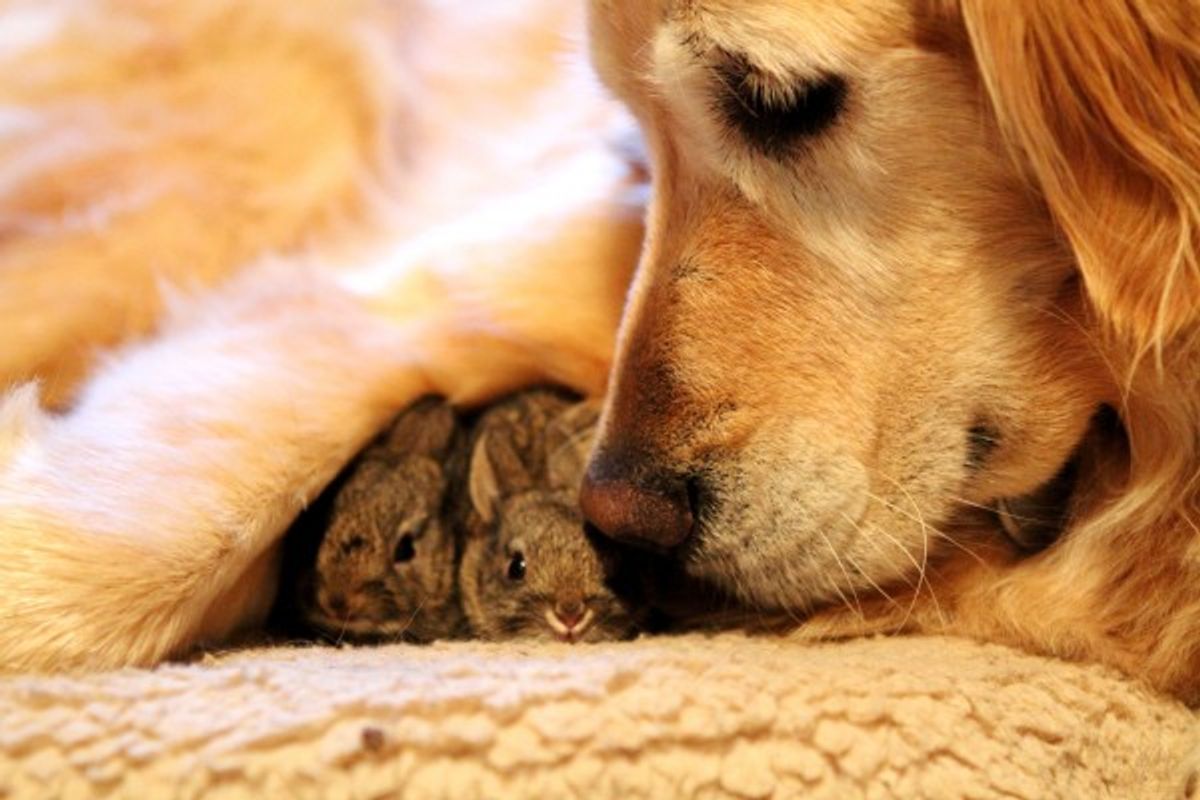 When Werner Herzog spoke of the overwhelming indifference of nature, he had obviously never heard of the golden retriever that discovered and raised a litter of abandoned bunnies, or the chicken and goose couple that together brought up a flock of ducklings.

Lisa Rogak, an author and journalist, combed through news and historical archives to find an entire book's worth of stories that testify to animals' willingness to overlook their differences and take care of one another. The result, "One Big Happy Family," portrays 40 years of unusual pairings.

Interspecies adoptions, Rogak told Salon, happen relatively often in captivity, where new mothers often lack more experienced role models to show them how to raise their young. At zoos and wildlife sanctuaries, humans often keep dogs around for this very purpose. Other families form organically, and there don't seem to be any two species that aren't able to make things work when the circumstances require it. "After researching and writing about some very unusual pairs in the book, I wouldn't rule anything out," Rogak said. "After all, more than several of the stories involved animal combinations that were clear predator and prey relationships."

It's unclear just how out of the ordinary these modern families are. Says Rogak, "Who knows how often interspecies adoptions take place without a human to witness it?"

Below, some of the inspiring pairings that humans did manage to witness, and to capture on film: