I'm not ambitious, and that's OK

Work-life balance debates focus on the most hard-driving. What about women (and men) like me? 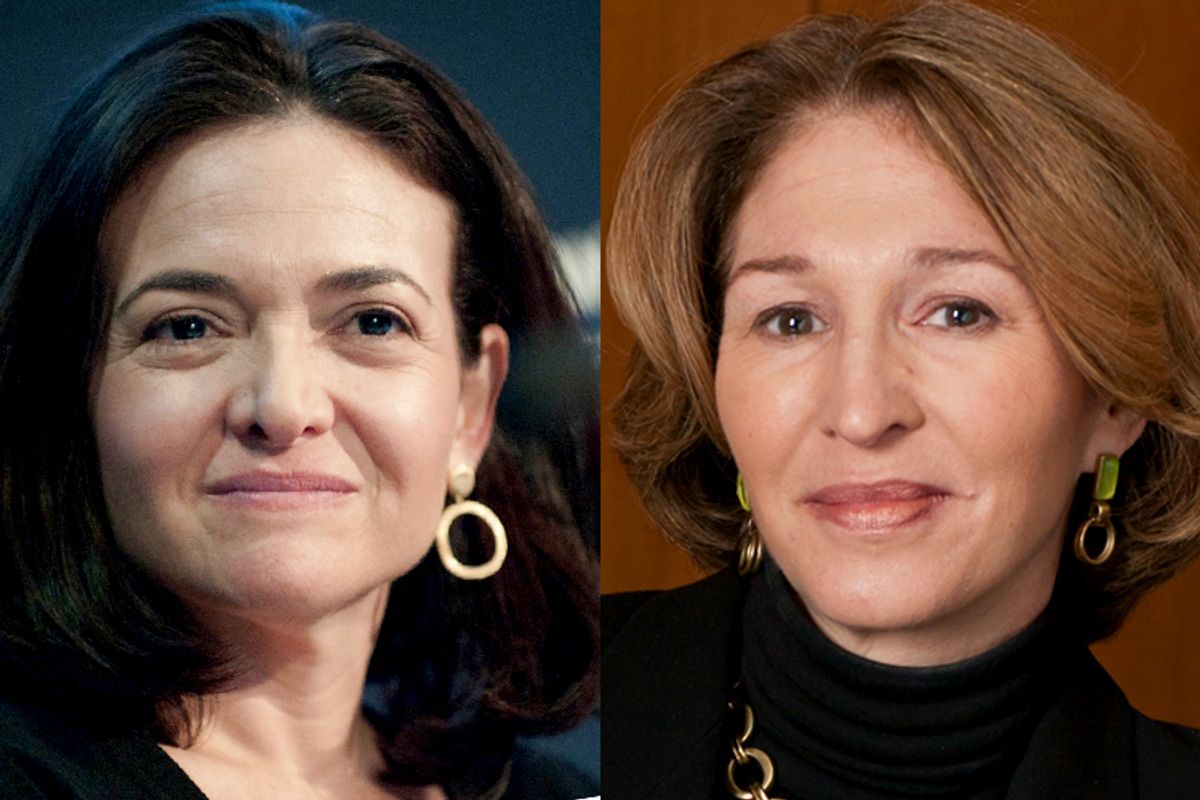 One week before I found out I was pregnant I cried to my sister over a plate of rice and beans at a Miami airport restaurant.  As we waited to board our return flight to New York, I told her I was absolutely terrified of what my life would look like with a child.

“It’s gonna be so hard. So, so hard,” I explained, almost two years ago now. She said I would be fine. I told her I wouldn’t. How could I be? There was so much working against me -- colliding currents of barely there parental leave policies, high-cost childcare and mothers advocating for painkiller-free births followed by years of breast-feeding and co-sleeping.

During my pregnancy and in the early days of my son's life arrived a slew of books and magazine articles that only further illustrated how totally unfine I was going to be. Among them were Anne-Marie Slaughter’s bullet-pointed manifesto in the Atlantic about the major societal changes that still need to happen in order for women to have it all and Sheryl Sandberg’s chin-up advice to not “leave before we leave” at work, which didn't explain what happens when you have to leave, at least for a little while. During this time, I also read Judith Warner’s best-selling book about how we are living in an age of unprecedented  anxiety among mothers.

All of these present women’s roles at work and at home as fraught and uncertain, a sentiment that I was suddenly hearing everywhere. Actress Sandra Bullock might have best captured this mood when she told an interviewer that she worried about being a good mom “every single second of every single day” and is “always plagued with, ‘did I do enough?’” Nobody, it seemed, was doing fine.

And then a couple of months ago I realized that my sister was right. I am fine.

When I heard about Debora Spar’s new book “Wonder Women,” a call for women to let go of their quest for perfection and understand that life as a working women involves hard choices and unfortunate tradeoffs,  I noticed what might have been an obvious pattern had I not been living in a baby fog. This whole conversation about balancing work and life and closing the gender gap was being framed by highly ambitious women. And I am not that ambitious.

Sandberg, Slaughter and Spar all offer suggestions for women and parents striving to reach the top. But what of the many women who don’t ache to be marquee names at financial firms, newspapers or Hollywood studios? What are we missing by largely leaving them, us, out of the conversation?

Most women, and men, for that matter, long for much less. And yet our story, our version of “having it all,” is nowhere to be found. Instead, we hear again and again about the inherent toxicity of life as a high-powered working woman in the age of helicopter moms. Or cautionary tales about the harried opt-inners and the despondent opt-outers, narratives that trade in extremes and make some of us cry in airports even if they don’t quite represent our lives.

I am not a perfectionist. I wouldn’t consider myself highly ambitious. I am content only writing about the stuff that interests me and have no interest in scoring a job that would land me on the top of a masthead at a prestige publication. I didn’t try to lose my baby weight in 10 months. I have nothing planned for my son’s first birthday. I let him fall sometimes, and supplemented my breast milk with formula, and am not kept awake at night by my guilt. I accept that these next five or so years ahead will not be the most professionally fruitful or glass-ceiling-breaking for me because I only work 30 hours a week and often without a good night’s sleep. I love the time I get to spend with my son, and love it when I do get the chance to sit down and work. It bothers me that my husband’s career is progressing faster than mine right now, but I am able to accept it because our arrangement makes the most sense for our family.

This is all to say, I have it some, what Spar and economists refer to as being satisficed. Or, as my sister predicted, I’m fine.

I offer my story not as a model, but as an example of a life of a working woman that is not doused in burden and angst. Unfortunately, though, as Anna North pointed out here on Salon, when it comes to women’s stories we often get stuck on the narrative of a select few; my story, the woman whose ambition or perfectionism isn’t getting in the way of her happiness or self-fulfillment, is rarely told.

But I know I am not alone. Studies tell us that most women have a much more modest idea of “it all” than the women leading the conversation.  Around 65 percent of moms report wishing they could work part-time and parent part-time, something 25 percent of us  opt-in-betweeners currently do.

I am well aware of, and highly grateful for, my position of privilege that allows me to do this opt-in-betweening, and to be doing fine. Still, I think it helps all women to hear more stories of working women’s lives in our struggle for better parental leave policies, childcare, universal early education and more flexibility at work and support from our spouses — all things I deeply support. Because when we only hear stories from the point of view of super-successful, super-powerful women, we get the message that we need to make these reforms to accommodate their high ambitions. But these reforms aren’t just about leveling the corporate playing field, they are about economic justice and equal access to education too.

Most families struggle just to have it some, to know that they have somewhere safe to leave their kids during the day and that the cost of the care won’t eat up most of their paycheck. It would be nice if all families could count on free pre-K too, which most experts believe is critical to brain development and children’s future success in school. And then there is the fact that workplace flexibility doesn’t just mean being able to sit out a weekend conference in Geneva, but being able to pick up your kids at 6:30 p.m. because there is really nobody else to do it, or having paid sick days so you can take care of them and still be able to make rent. Of course, I care about ending the gender gap in all strata, it’s just that these issues are bigger than helping a few women land CEO positions.

A few years ago David Roberts wrote an excellent piece for Grist on the virtues of having-it-some, or what he calls “the medium chill.” In it he describes the phenomenon of social proof, or our tendency to “look to our peers, our tribe, for cues on how we ought to behave. Status and wealth are comparative; we judge ourselves not by how we’re doing but how we’re doing compared to the Joneses. If our peers are buying big houses and second cars and private schools, our strong instinct is to want to signal our status by doing the same.”

When I read that four in 10 working mothers always feel like they are in a rush, I can’t help suspecting that it is to some degree due to this instinct. Busyness, particularly for those who think of themselves as peers of high-achieving women, has become a new status symbol, a more potent signifier of success than a luxury handbag or a week in the Caribbean.

This isn't to say there isn't a lot to balance for all working parents. There is. I know. But there is also the fact that high ambition and the twin specters of anxiety and perfectionism are currently our only points of reference when we talk about work-life balance. It’s time we get a few more.