Carbon capture technology isn't living up to its promise 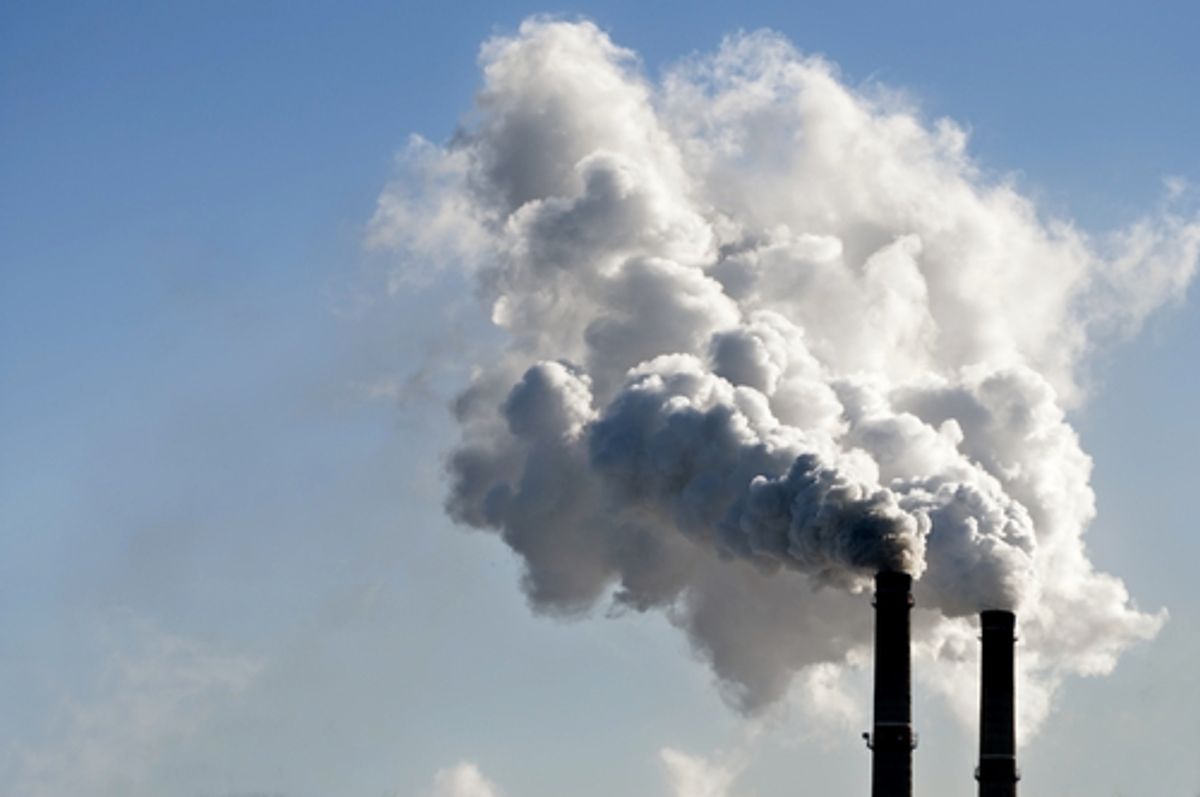 If we're not going to reduce our use of fossil fuels enough to have a meaningful impact on climate change, we need to find another way to limit the amount of CO2 we release into the atmosphere. That's the idea, at least, behind carbon capture and sequestration, or C.C.S., technology. And according to the New York Times, scientists and engineers generally agree that such technology will be necessary for meeting international emissions goals.

In reality, through, C.C.S. doesn't seem to be on track to fulfill the vital role assigned to it. A new survey from the Global CCS Institute found that there are only 65 large-scale carbon capture projects currently underway worldwide, down from 75 in the past year. The Times explains:

The International Energy Agency expects carbon capture and storage to become the third largest way to reduce carbon emissions by 2050, behind energy efficiency and the use of renewable sources like solar and wind power, and ahead of nuclear power and a switch to lower-carbon fuels. The Global CCS Institute’s report found that “while C.C.S. projects are progressing, the pace is well below the level required for C.C.S. to make a substantial contribution to climate change mitigation.”

But the technology for capturing carbon has not been proved to work on a commercial scale, either here or abroad. The Energy Department canceled its main project demonstrating the technology in 2008. It would have turned coal into a mixture of gases and captured the carbon dioxide before combustion. The department eventually started over with a plan to burn coal in pure oxygen so that the flue gases would be nearly pure carbon dioxide. That plan was aided by financing from the federal stimulus program, although construction has not begun.

Last month, the EPA unveiled new emissions regulations that would require all new commercial plants to install carbon-capture technology. Many argued that, due to the technology's prohibitively high cost, the regulations will be impossible for coal-fired plants to meet. The administration said at the time that it's counting on innovation to eventually lower costs.

But with models predicting unprecedented shifts in global temperatures by as soon as mid-century, C.C.S isn't shaping up to be the silver bullet we might have hoped it would be.