And who are the cow's parents? But also how dare she? 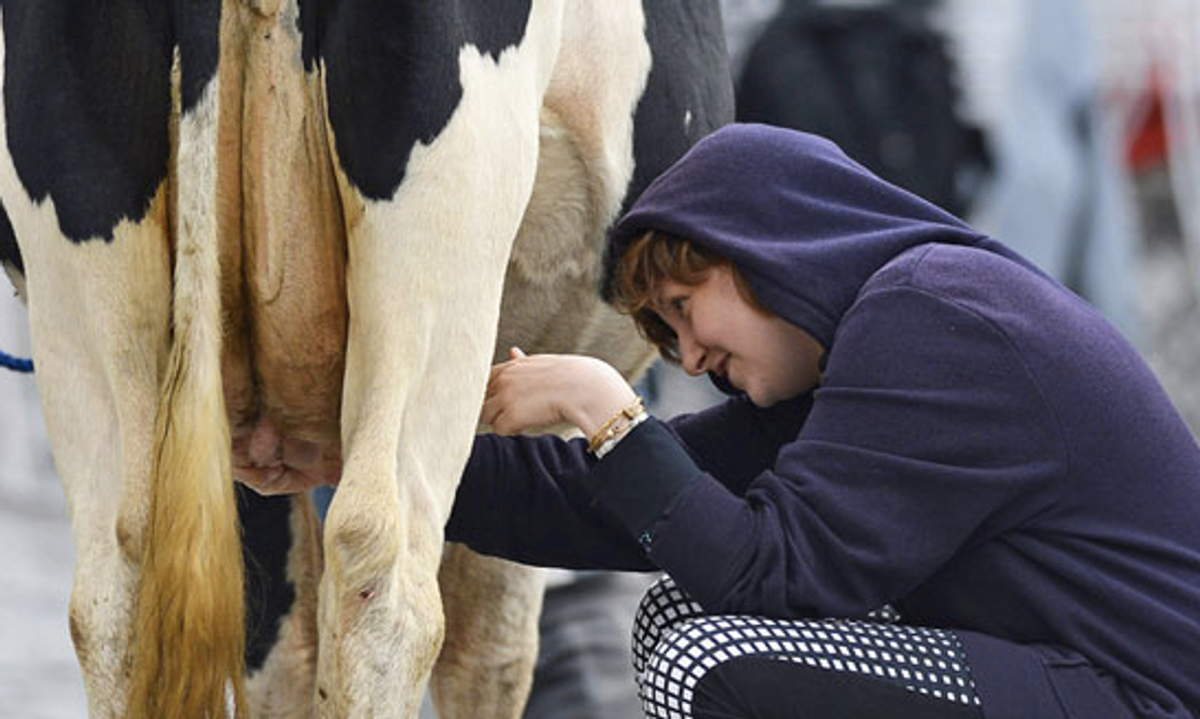 Lena Dunham milked a cow in the middle of New York City's Meatpacking District on Wednesday. I mean, can you believe the nerve on this one?

I interviewed a few media professionals, who may or may not work at Salon's New York office, to find out what they made of this news. I have anonymized their responses to protect them from Dunham's retaliation.

One editor demanded to know, "Who are the cow's parents!?? I bet they are famous."

Another sees Dunham's stunt as symptomatic of a larger cultural problem, noting, "Millennials all think they just get to milk cows; they want a trophy for it!"

One political writer worries what this will mean for Miley Cyrus and the fate of civilization as we know it, fretting, "Now Miley is going to lick a cow. End times."

More to come as this story develops, but you can see Dunham's shameless nepotistic cow-milking below.