Pick of the week: The American nightmare, at Disney World 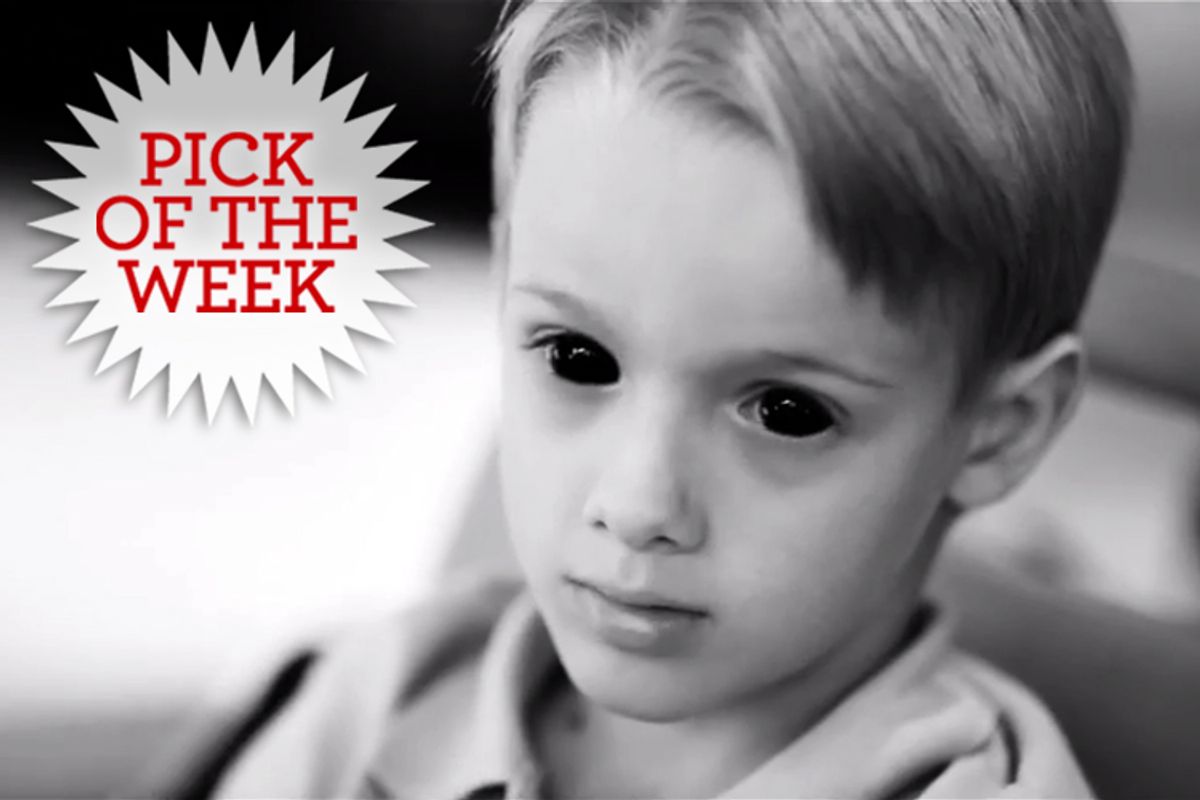 Let me make clear, for the benefit of the lawyers, that I do not endorse any of the urban legends about Walt Disney World and other Mouse-related theme parks put forward in Randy Moore’s delirious and disturbing debut feature, “Escape From Tomorrow.” Which was mostly shot guerrilla-style on Disney property without the company’s permission – and in black-and-white, of all things – and is a cult classic in the making, if I’ve ever seen one. The distinctive fried turkey legs sold throughout Disney parks are almost certainly not emu meat. I sincerely doubt that costumed Disney princesses are available for hire to Asian businessmen, for nefarious purposes and at astronomical prices. And I forcefully reject the unscientific hypothesis that Disney World has covered up a deadly epidemic of “cat flu,” whose sufferers begin to cough up hairballs.

I suppose it’s to the credit of the Walt Disney Co., ordinarily so attentive to issues of copyright infringement and potentially libelous content, that it has not tried to block the release of “Escape From Tomorrow,” nearly all of which is set in and around the Disney World park in Orlando and does not entirely present the place as wholesome. One assumes Disney has concluded it has no choice in the matter. Several experts in First Amendment law have noted that Moore’s film is virtually a definitive case of the “fair use” exemption to copyright law. This is especially interesting in light of the general reaction to “Escape From Tomorrow” at Sundance last January, where many viewers who saw the film assumed it would never again be shown in public. John Sloss, a leading attorney in the indie-film world who ended up distributing the picture himself, has observed that festival-goers seemed to “be doing Disney’s work for them,” and evidently had no understanding of the scope of First Amendment freedom.

If you or I were to sneak into a Disney park – or any other corporate-owned entertainment complex – and film a rom-com or a thriller there without asking permission, we would almost certainly be shut down. After all, we could just as easily make those movies someplace else. But the entire point of “Escape From Tomorrow” is satirical, and shooting on Disney’s property and usurping many of its trademarked images was central to Moore’s artistic conception. In “Escape From Tomorrow,” Disney’s wholesome family environment is transmuted into its opposite, into a nightmarish zone of madness, sinister secrets, depraved sexuality and Freudian psychodrama. However objectionable Disney may find this portrayal, it’s precisely the kind of social satire or political commentary the First Amendment is designed to protect. For legal purposes, you’re always better off defacing or distorting someone else’s intellectual property, rather than just borrowing it.

There’s lots of room for nitpicky criticism of “Escape From Tomorrow,” which goes on a wacky science-fiction tangent partway through that totally doesn’t work, features cheap-looking special effects (often hilariously) and offers hit-and-miss performances from its cast of unknowns. But fundamentally that’s missing the point, as it also is to protest that there are notes of misogyny in the shrill portrayal of Emily (Elena Schuber), the harried and hysterical Middle American mom who can’t prevent her husband, Jim (Roy Abramsohn), from descending into the Mouse-hole of madness. Yeah, Emily’s kind of an unappealing shrew, who gets boxed into the controller-protector-nag role. But at least she’s not Jim, in his bad crew socks, bad polo shirt and bad haircut, staging his midlife meltdown in public, drunkenly vomiting off the Epcot Center gondola ride and following teenage Parisian girls around the park with a vacant, lecherous leer.

It’s one thing to depict the fakeness, banality and spiritual darkness that lie beneath the mashed-up simulacrum of experience offered at a Disney park. That’s a long-established cliché. What makes “Escape From Tomorrow” distinctive, to my mind, is the way that Moore captures elements of pathos and tragedy within the profound bogosity. That’s one explanation for the black-and-white cinematography of Lucas Lee Graham, which has a distancing, de-kitschifying effect. Jim may be a ludicrous tragic hero, carnivorously hungry for what he can’t have and almost purposefully lacking in self-knowledge, but he is tragic nonetheless. Moore has said that the roots of this film lie in his ambivalent memories of his own father taking him to Disney World after his parents’ divorce, and that makes enormous sense. “Escape From Tomorrow” begins with Jim’s angelic-looking young son, Elliot (Jack Dalton), locking Jim out on the hotel-room balcony, and ends with another act of filial revenge. In between, the two of them repeatedly try, and fail, to go on the Buzz Lightyear ride together.

Out there on that balcony, Jim has just gotten a call from his boss, somewhere back in the real world, letting him know that it’s “a time of transition” and the decision was “nothing personal” and that he’s “just the messenger” and all the other things douchebags say when they’re firing you. Determined to soldier through one last day of their Disney vacation without telling Em and the kids, Jim is almost immediately distracted, during the monorail ride to the park, by a pair of skinny French girls (Annet Mahendru and Danielle Safady), about 16 or so, who give him a flirtatious glance or two and move on with their day. So begins a phantasmagorical and tragicomic odyssey that will include such Disney staples as beer, blood and vomit, a toast made to Germany while wearing a fez, and a casual hookup with a dark seductress who may or may not be the evil witch-stepmother from “Snow White and the Seven Dwarfs.”

Indeed, while I’m edging toward the border between Tomorrowland and spoiler-land here – and also building the Disney lawyers’ arguments for them – I would argue that Disney World plays a symbolic rather than a specific role in “Escape From Tomorrow,” as do the French girls themselves. Moore’s real subject is the perilous and often poisonous relationship between fathers and sons, and also the pathetic, destructive and so often irresistible libidinal urges that afflict middle-aged family men. Disney World, in this incoherent but often amazing work of American psychodrama, has a lot in common with the Overlook Hotel of “The Shining,” the Venice of “Death in Venice” and the booze-soaked Cuernavaca of “Under the Volcano.” It’s a zone of existential dread, the place where masculine dreams go to die, the place where the unburied ghosts of civilization rise up like Mouse-eared, three-fingered zombies and bite us in the ass.