Why are all these cops parked in bike lanes?

A new Tumblr channels the angst of the urban bicyclist 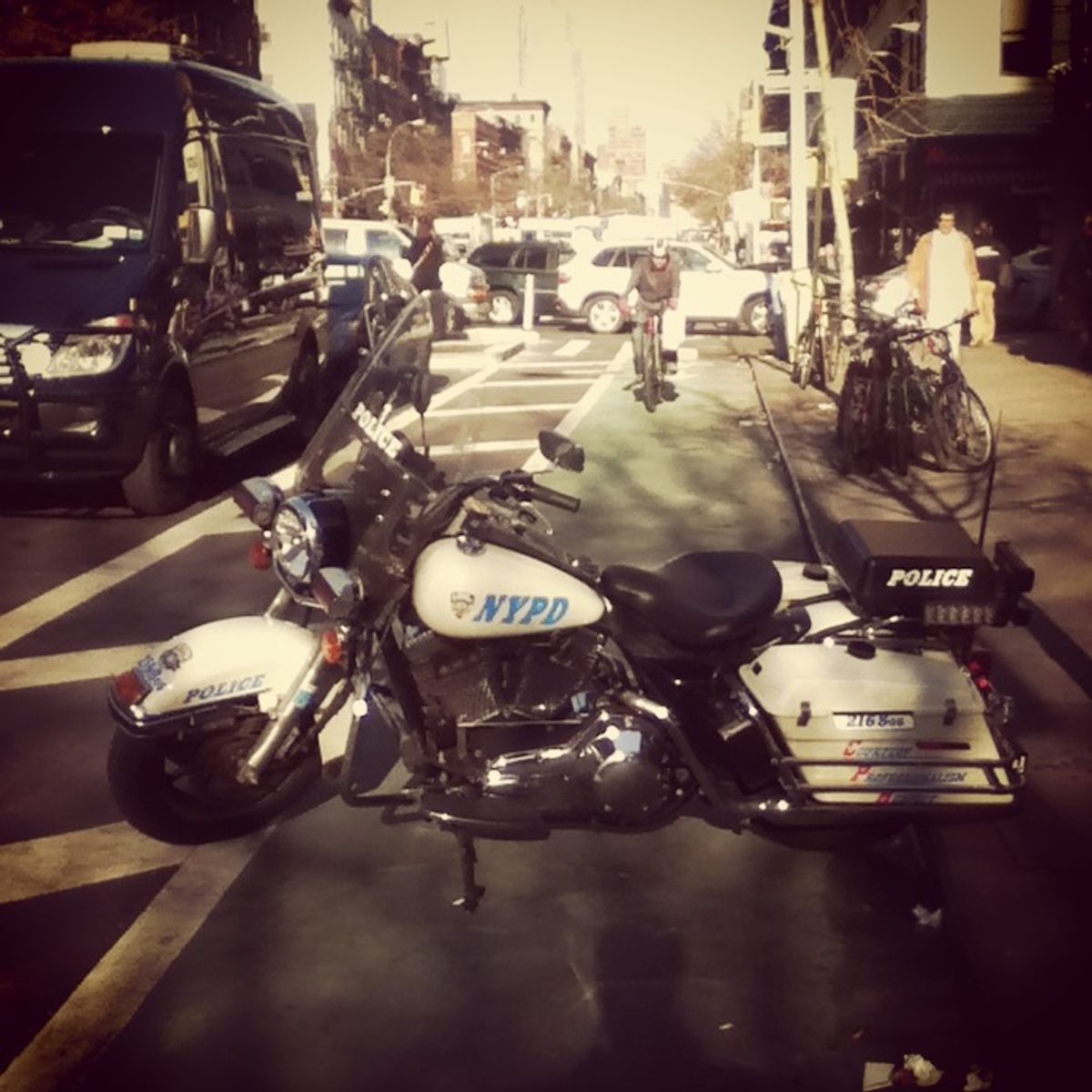 It's right there in the NYC Department of Transportation's rule book: "No parking, standing or stopping vehicles within or otherwise obstructing bike lanes."

Yet as a new Tumblr, straightforwardly named Cops in Bike Lanes, proves, it's a law that's repeatedly broken -- often by the very people who are supposed to be enforcing it.

"There are certain hotspots (usually near precincts) where there are NYPD vehicles parked in bike lanes regularly," the Tumblr's founder, who wishes to remain anonymous, told Salon. The intersection of Hoyt and Schermerhorn streets, for one, shows up repeatedly.

He's yet to confront a violator, he said, because the parked cars are usually empty. "I like to think that I'd politely and rationally discuss it with an officer if the opportunity presented itself." Others are perhaps wary of direct confrontations with the NYPD, which doesn't always have the most bike-friendly reputation.

Illegally parked cop cars aren't the only thing making it hard to be a bicyclist in the city. "The lack of awareness of lanes and cyclists is easily the biggest hazard I've experienced.  All too often a pedestrian will walk into the bike lane in a cyclist's path, or a driver will try to turn through a lane without signaling or checking for bikes," the Tumblr's creator said. "I think that these are all symptoms of the same root problem: Bikes are an afterthought on our streets.  If the NYPD, who are supposed to be there to protect all New Yorkers, show such disregard for bike lanes and the safety of cyclists then how can we expect any more from the general population?"

Below, some of the most egregious examples posted so far: