The 40-year-old woman said she helped set fires across the U.S. West in the late 1990s 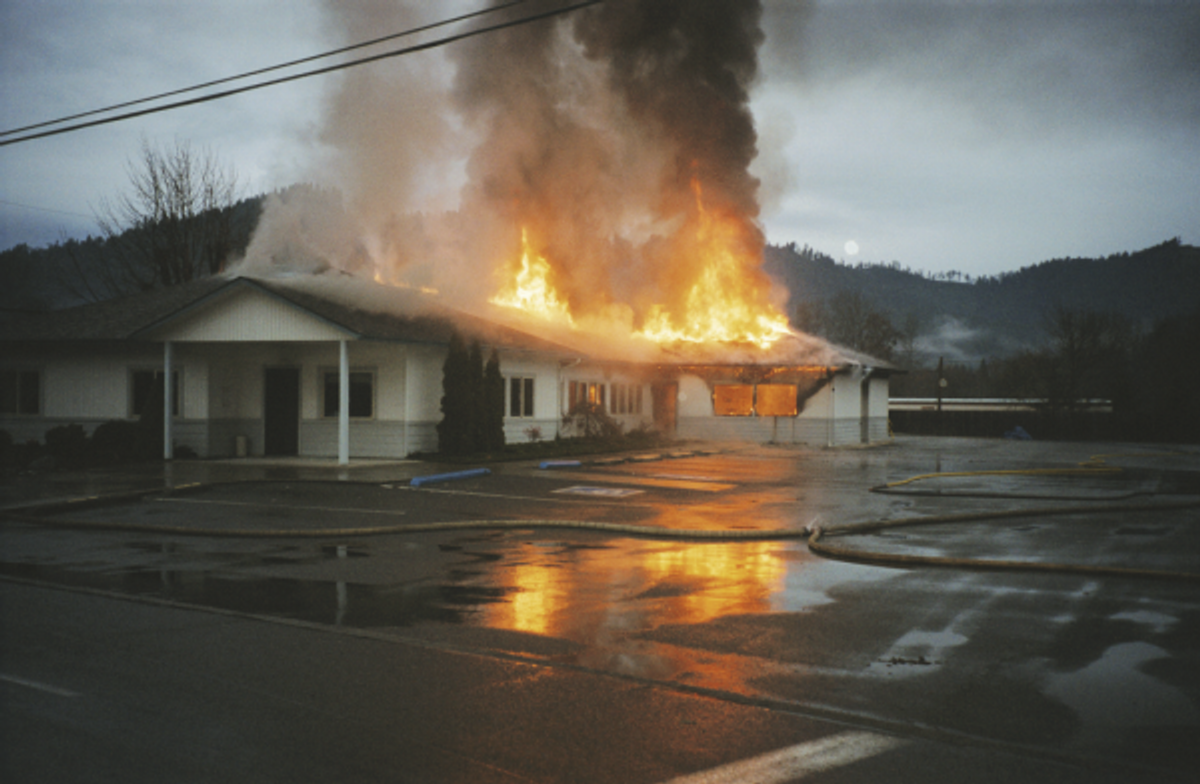 ELF fire at Superior Lumber, from the 2011 documentary "If a Tree Falls." (Roy Milburn)
--

A Canadian ecoterrorist has pleaded guilty for her involvement in 20 acts of arson committed over five years and across three states. causing an estimated $40 million or more in damage.

Rebecca Rubin (not to confused with the American Girl doll of the same name) was embedded with an ecoterrorism group known as "The Family," which claimed responsibility for the spate of attacks carried out against ski resorts, wild horse corrals and lumber mills in Oregon, Colorado and California from 1996 to 2001. Ten other members of the group were sentenced in 2007; two remain at large.

As part of her plea deal, Rubin pleaded guilty to 12 acts of arson and conspiracy:

Rubin arrived at the Canadian-Washington state border in 2012, and on Thursday, in a voice so soft a judge asked her to speak up, Rubin said, yes, she had helped with the burning of a wild horse barn in 1997, and, yes, she helped ferry equipment for an attempted arson at a U.S. Forest Industries building in Oregon.

She listened to Assistant U.S. Attorney Steven Peifer lay out the rest of the incidents: a burned ski lodge in Colorado in 1998 and a fire at a California wild horse facility in October 2001.

None of the crimes to which she pleaded guilty involved her actually setting fires. But Rubin accepted responsibility for helping those who did set the fires, and will face a mandatory minimum sentence of five years in prison. Prosecutors will seek seven years imprisonment at her sentencing on Jan. 27.