Listen up, Ted Cruz: Here's a conservative who actually fights for women's rights 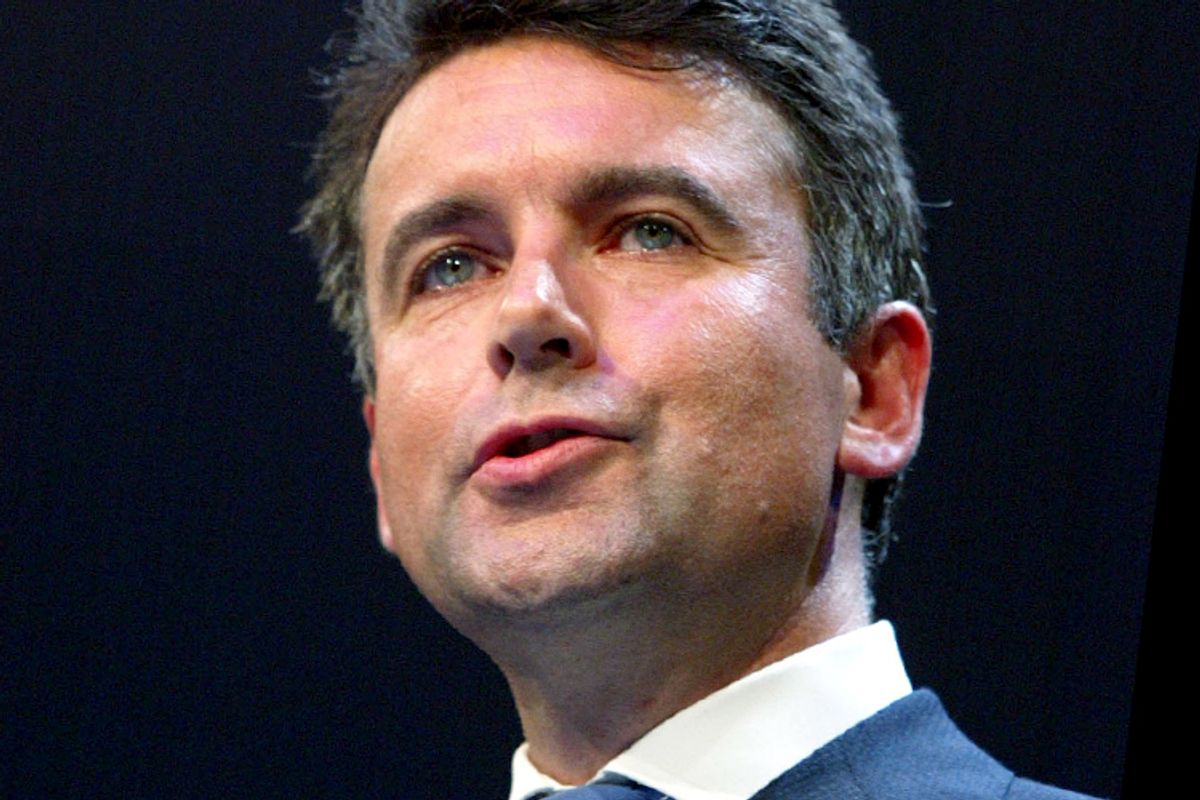 Bernard Jenkin is conservative member of British Parliament. He is a middle aged, heterosexual white male. In other words, he's about the last guy in the world you'd expect to get it. But he does.

In an epic rant for his Conservative Conference Diary in The House magazine, the Tory MP for Harwich and North Essex recently took his party to task for being sexist and condescending. Citing reports that support for conservatives among female voters is "in free-fall," he laid out the facts: "Many of us Tory men tend to feel that 'women' can deal with 'women’s issues,' so men can get on with running the country. [...] Only three out of 25 on the Party Board are women. Most of the advisers and policy wonks are men. And of course, most MPs will continue to be men." Gosh, where have we seen this kind of thing before here in the US? A panel on women's reproductive rights or two, maybe?

Jenkin went on to cite specific incidents of male privilege in action. He quoted Janet Daley's experience with the Chancellor's special advisers: "The two women among us he ignored. And when I say he ignored us, I don’t mean that he snubbed us or deliberately cut us dead. I mean that he didn’t see us. It was as if we were pieces of furniture rather than sentient beings." He recalled when the "Prime Minister greeted a leading high profile business woman who happens to be the wife of a major donor to the party, by asking, “And where is [x – the husband]?" And he added, firmly, "We men are all guilty of such unconscious slights to women, but women voters see it and feel it. A business change programme would involve zero tolerance of such behaviour. Every man in the Conservative Party needs to change or be left behind. The leadership needs to be on this 24-7-365."

Sexism in politics is an issue around the Western world. Last month, former Australian prime minister Julia Gillard – who eloquently ripped her parliament a new one for its misogyny earlier this year – admitted to at times feeling "murderous rage" over the treatment she's faced. In France just this week, legislator Philippe Le Ray was fined for making derogatory clucking noises at a female colleague while she spoke at an assembly. In Italy this summer, the deputy mayor of a Ligurian town publicly suggested Cécile Kyenge, the country's first black minister, was a prostitute. And then there's America.

Close your eyes and imagine Paul Ryan, who introduced the Sanctity of Human Life Act, telling his party to be more respectful of women. Imagine Ron Johnson, who accused Hillary Clinton of being "emotional… as her trump card to get out of the questions," telling the Republicans to change or be left behind. Or Ted Cruz, who thinks birth control is an "abortifacient," calling out the shameful underrepresentation of women, even on panels that are making decisions about their health. Imagine a campaign adviser for a man running for the presidency understanding that social issues that matter to women are not "shiny objects" to distract the real voters from the real issues. Imagine any of them acknowledging that women are ignored and dismissed in a political arena in which masculine is the default every day, and saying, "We have got to do better." Not so easy, is it?

Jenkin's suggested tactic is politically shrewd. But it's also just plain decent and right and long overdue. At least today, somewhere on the planet, there's a man who recognizes sexism when he sees it and is willing to talk about it, frankly and in detail. It's not much, but it's a good start.  And it's a hopeful reminder that sometimes, a little mansplaining can be a very good thing.