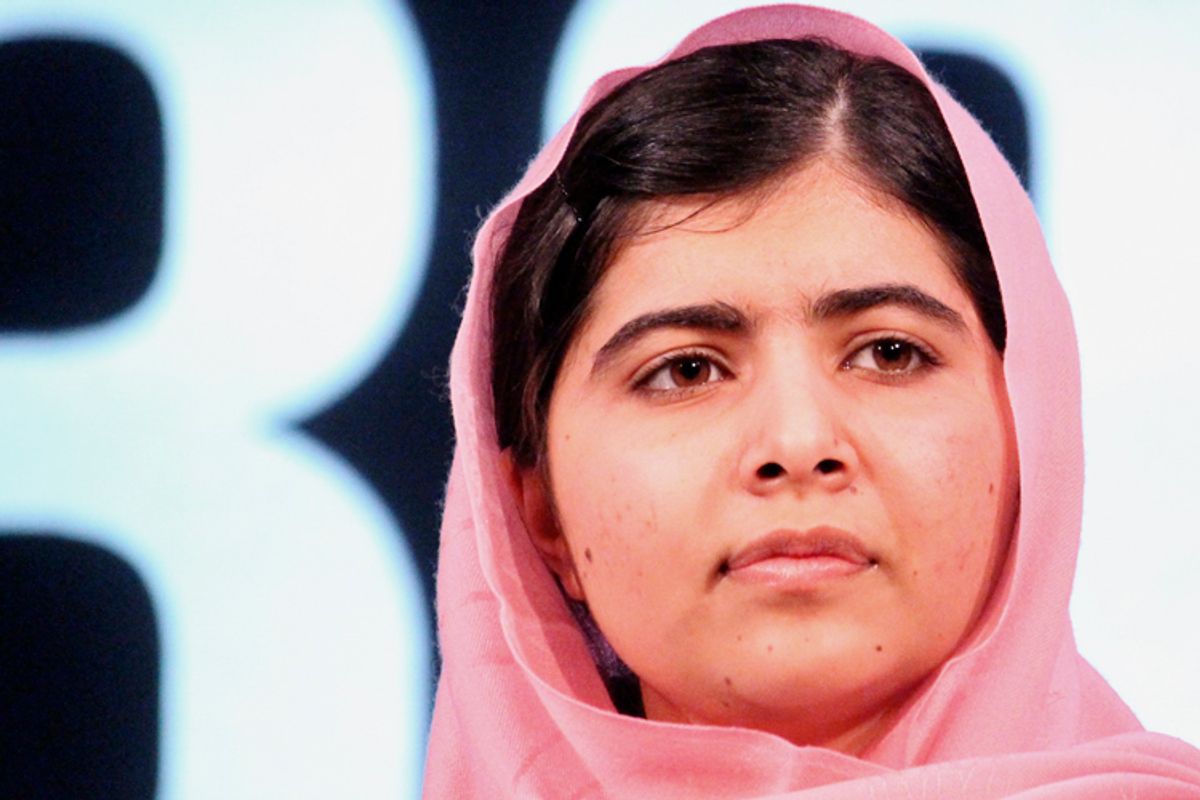 Malala Yousafzai, the schoolgirl who was shot in the head by the Taliban after campaigning for girls’ education last October didn't become the youngest person to win the Nobel Peace Prize today but she has become a lightning rod for reflection and political activism on behalf of women. People have rushed in to use her as an example of the horrors that we shouldn’t be tolerating in this century. But few people are looking at the deeper causes of the systematic abuse of women. Nobody is pausing to really understand why gender inequality is so high in places like Pakistan, compared with its milder reflections in the U.S., such as double standards in the workplace. Many people explain this contrast away as a matter of cultural idiosyncrasies, to be dealt with through sheer ideological willpower. But this is only half the story.

For the past 10 years I’ve been studying the political divisions that afflict us through the lens of evolutionary anthropology, and I’ve come to some illuminating conclusions. For example, this perspective shows that the level of gender inequality in society depends on two factors. The first is mutual dependence, which means how much the sexes rely on one another to survive. The more that men need women’s labor, the higher gender equality rises. The second factor is exit strategy; this refers to how hard it is for women to escape from exploitative relationships. Greater difficulty in leaving a marriage or a family creates more hierarchical gender relations. A brief tour of human history reveals why these two factors have fluctuated, and how they’ve affected the status of women.

Our ancient ancestors were hunter-gatherers, and their economy demanded a high interdependence between the sexes. In foraging societies, men contribute up to 90 percent of the protein people eat. This protein, however, comes from vertebrate meat. And hunting and fishing require many years of investment to master; even then, return rates are often low and quite variable. Because women extract more constant and predictable foods (including roots, nuts and plant fibers), female work is vital. Both sexes depend heavily on one another to acquire the staples needed to survive and the high-value nutrients required to thrive.

What about exit options? Many hunter-gatherer societies are at least semi-nomadic and live in sparsely populated areas. Some, like the Machiguenga of Peru, inhabit lush jungle environments. If personal conflicts arise, breaking away from one’s family and subsisting in a new location is feasible. This exit strategy, coupled with the mutual dependence of the sexes, accounts for the high levels of gender equality that characterize hunter-gatherer societies.

With the invention of large-scale agriculture 10,000 years ago, an acre of land could suddenly feed 10 to 100 times as many farmers as it could hunter-gatherers. This massive economic transformation impacted the two factors that determine gender inequality. Among sedentary farmers, men needed less cooperation from women to produce staple foods on a daily basis. So the demand for women’s labor outside the home dropped. So did mutual dependence. The farmer’s wife essentially became a machine for making and raising all the children a family could nourish. Compared with hunter-gatherers, lifetime fertility rates doubled.

As for an exit strategy, agricultural people found themselves tied to their fields — in an environment where the population was booming. Leaving the group was no longer such a feasible option. In a world without social safety nets, survival now depended on inheriting privately owned land, animals and wealth. Consequently, parents gained unprecedented control over when and whom their children could marry, especially in the case of daughters. Social and gender inequality in societies like Malala’s soared.

How did we get from there to "Lean In"? In the year 1800, about 85 percent of Americans worked in the agricultural sector, and the average white woman had seven children. Having all these kids was useful because it took 300 hours to produce 100 bushels of wheat. But over the next 130 years, a series of spectacular technological innovations completely transformed the country’s economy. By 1930, a simple tractor could accomplish this same feat nearly 17 times faster. Thanks to the increased efficiency of machines, America needed far fewer farmers to feed itself.

As the demand for farmworkers plummeted, towns and cities gained a greater labor force. By 1940, just 43 percent of the population lived in rural areas, and the average white woman had only two children. Child labor was banned in factories. Instead of working, children had to attend school to prepare for the demands of an increasingly skill-based economy.

Educating children rather than sending them to work required a much larger investment. To be able to afford their nonproductive kids, women entered the workforce — especially during the two world wars. Since families relied more on women’s income, mutual economic dependence increased.

The second half of the 20th century saw the introduction of the contraceptive pill, which gave women greater control over their bodies. This technology allowed women to delay marriage and childbirth and to extend their schooling. And higher education gave women the freedom to extract greater resources from their economic environment. Educated women now had a way out: They could take their human capital from city to city without being as tied down to land and dowry inheritance or a husband. Divorce, which is an exit strategy, became more common.

These trends have led to an extraordinary rise in gender equality over the last century. One of the largest changes ever recorded in American public opinion concerns approval “of a married woman earning money in business or industry if she has a husband capable of supporting her.” In 1937, only 18 percent of Americans accepted this proposition; by 1990, 82 percent approved.

Although ideological willpower surely played some part in this tectonic shift in collective attitudes, we ought to recognize that gender equality isn’t merely an intellectual construct. Like many other aspects of our political reality, gender equality is deeply rooted in the material world.

Avi Tuschman (Washington, DC) is the author of Our Political Nature: The Evolutionary Origins of What Divides Us. He began his career in politics as the youngest advisor in the government palace in Lima, Peru, at the age of 23. Tuschman holds a doctoral degree in evolutionary anthropology from Stanford University.