"What do you hate more: poverty or Obama?" Stewart asks 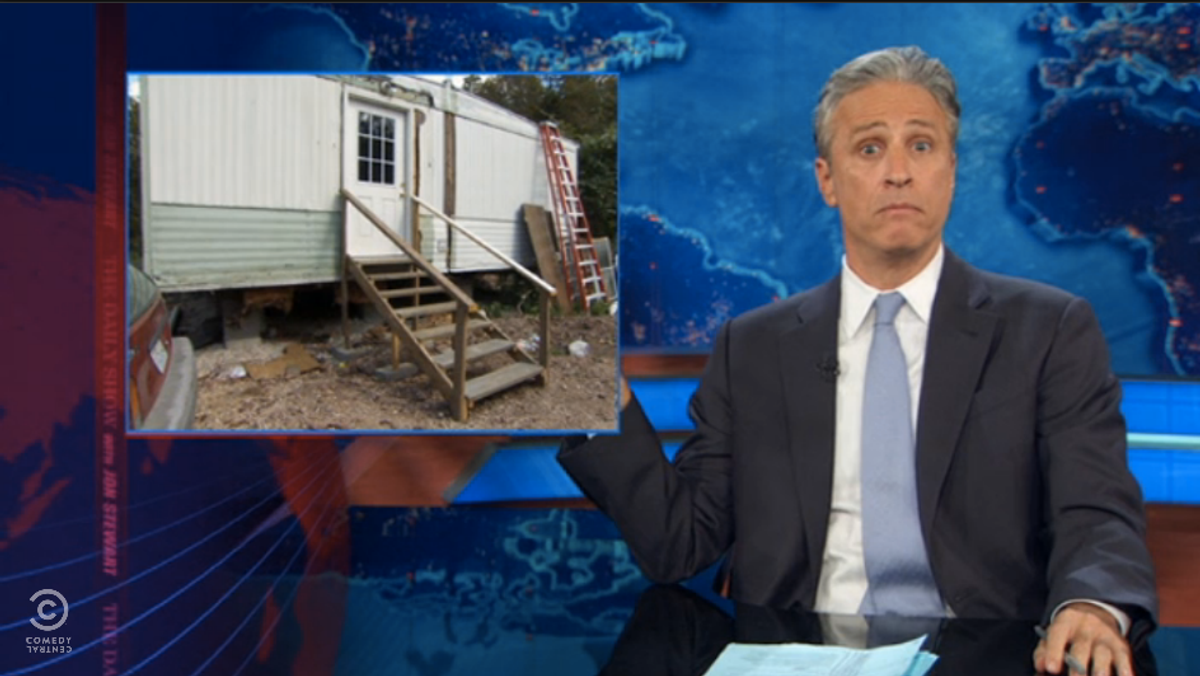 On "The Daily Show" Thursday night, Jon Stewart slammed the "total dickishness" of the 26 states that declined the Medicaid expansion under Obamacare, leaving millions of families that don't qualify for Medicaid but can't afford insurance under the new health exchange without access to insurance.

"[These states] must be a pretty eclectic group with many different reasons to explain why they would turn down money to bring health care to the working poor! Or maybe there was just one ... spite: the emotion that makes you turn down millions of dollars that would go toward health care for the working poor -- because you hate the president," Stewart said.

Stewart was quick to note that all but three of these states, which are all controlled by Republican governors or legislatures, are "taker" states that receive more money from the federal government than they contribute in tax dollars. "They are already burdens on the system ... I believe they're referred to by those Republicans as moocher states. ... If statehood was health care, Mississippi and Missouri would be rejected as having that as a pre-existing condition," Stewart points out.