BPA exposure could increase the risk of miscarriage

A study found the chemical, found in plastics and canned food linings, could be dangerous for pregnant women 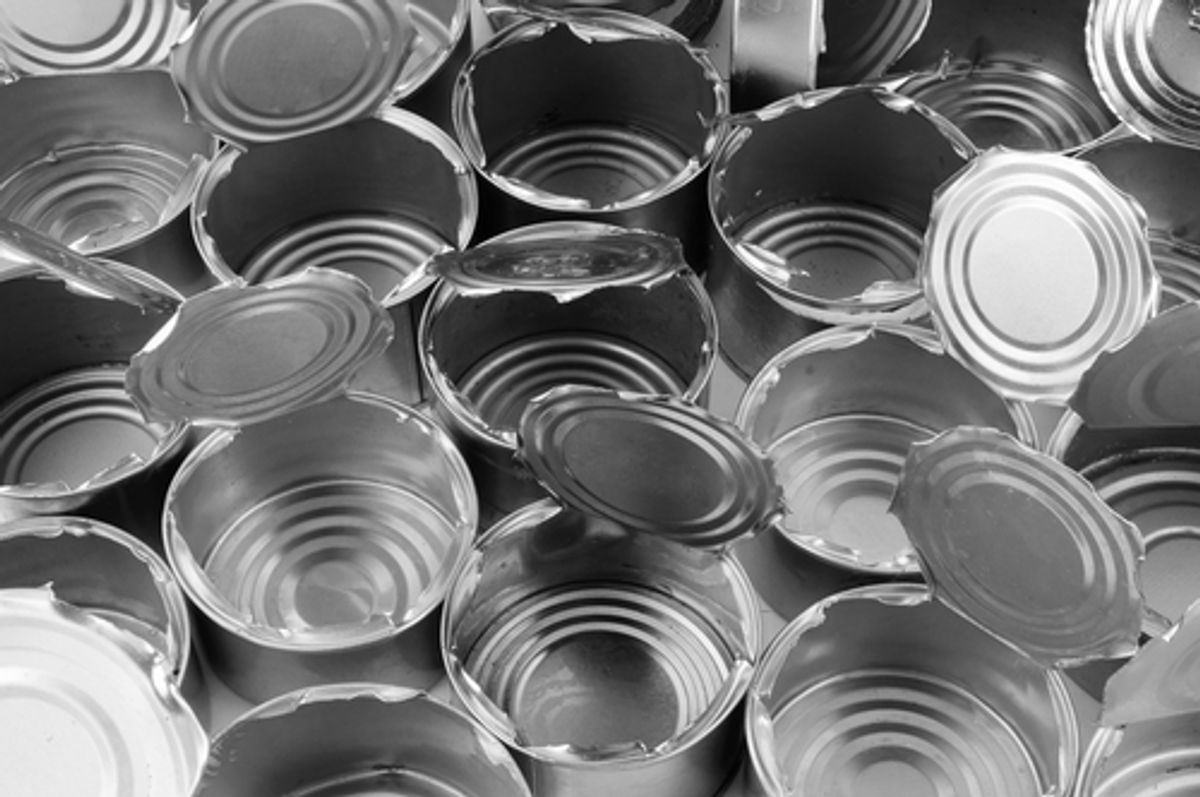 Pregnant women with the highest exposure to BPA, an industrial chemical found in plastic water bottles, receipt paper and canned food linings, among other consumer goods, had up to an 80 percent greater risk of miscarriage than those who had been exposed the least, a new study found.

The Associated Press describes the research, which was presented today at the annual conference of the American Society for Reproductive Medicine (ASRM):

Most miscarriages are due to egg or chromosome problems, and a study in mice suggested BPA might influence that risk, said Dr. Ruth Lathi, a Stanford University reproductive endocrinologist.

With a federal grant, she and other researchers studied 115 newly pregnant women with a history of infertility or miscarriage; 68 wound up having miscarriages and 47 had live births.

Researchers analyzed blood samples from when the women were discovered to be pregnant and divided them into four groups based on BPA levels. Women in the top quarter had an 80 percent greater risk of miscarriage compared to those in the bottom group even though they were similar in age and other factors. However, because the study is relatively small, there was a big range of possible risk — from only slightly elevated to as much as 10 times higher.

"It may be that women with higher BPA levels do have other risk factors" for miscarriage that might be amplified by BPA, Lathi said.

The study is not cause for alarm, but "it's far from reassuring that BPA is safe" for such women, she said.

Exposure to BPA, or bisphenol A, primarily occurs when the chemical leaches from containers into the food and beverages we consume. While it's possible, to some degree, to minimize exposure by not heating plastic containers in the microwave, avoiding canned foods and grocery receipts and buying products marked as BPA-free, it's ultimately so prevalent as to be impossible avoid entirely. Urine tests confirm this.

As in any case in which so little is known about something that is nonetheless unavoidable, plenty of our fears surrounding BPA exposure may well be unfounded. This new study is too small to be able to provide a strong link between BPA and reproductive or other health problems. However, according to the president of the ASRM, it adds to "the biological plausibility" that such a link exists.