Elderly woman unaware she was sharing her home with 20,000 bees

"They didn't bother me," said the 98-year-old Florida resident 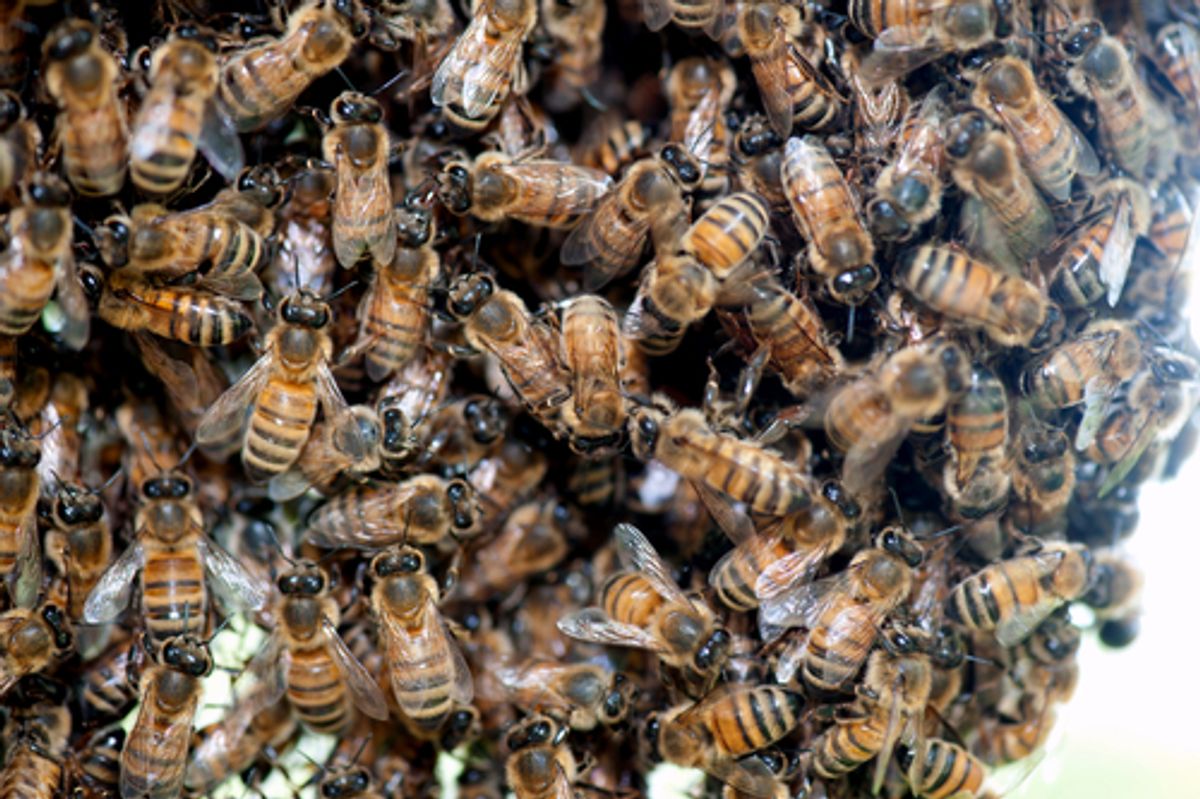 A team of Florida wildlife trappers called in to deal with a rodent problem in a 98-year-old woman's attic found, in addition to a sizable number of rats and squirrels, between 20,000 and 30,000 bees.

The honeybee colony had been living in the Cocoa Beach home for about a year, one of the trappers told NBC News, adding, "It's pretty mind-boggling not to notice that you have a beehive of that size upstairs." Sevia Moore, the house's sole human occupant, told an NBC affiliate the bees didn't bother her.

In places where they aren't taking over people's homes, there's great concern over the falling population of honeybees. The trappers used a vacuum to suck the insects up and relocate them to a safer location.