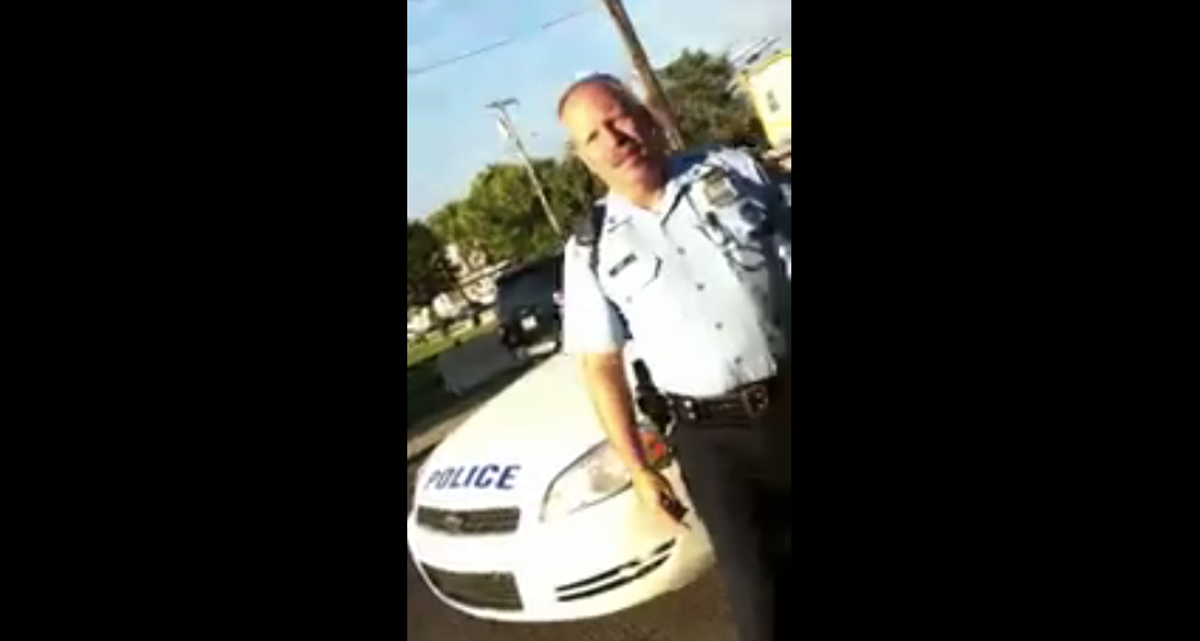 The men were stopped by the cops for the grand crime of saying "hi" while non-white. As the dialogue captured in the video goes:

“You don’t say ‘Hi’ to strangers,” said one officer, identified as Philip Nace from the city’s 25th District. “Not in this neighborhood,” his partner added.

"We don’t want you here, anyway. All you do is weaken the fucking country,” Nace told one of the men.

“How do I weaken the country? By working?” the man asked.

Watch the footage in full below:

And before this footage is consigned to the ever-growing list of incidents written off as bad apples, it's worth noting that there has been a string of incidents revealing the racist underbelly of Philly policing. The police department has faced a series of lawsuits over discrimination and brutality. And, of course, a federal judge this summer -- aligning with the opinion of many thousands of anti-stop-and-frisk advocates and harassed black and brown New Yorkers -- ruled the NYPD's employment of the tactic to be unconstitutional and discriminatory.