One country cracks down, but the practice is still shockingly common 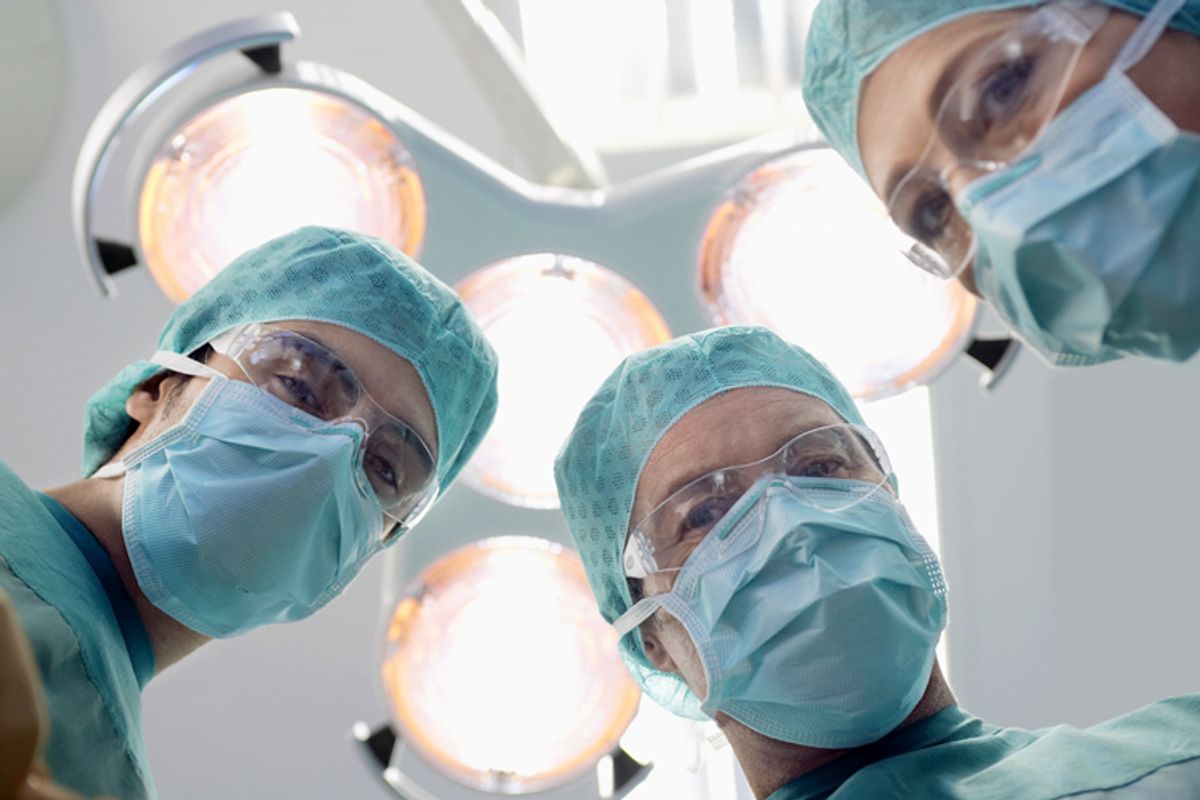 The good news is that Canadian health officials have ordered doctors to stop testing patients to confirm their virginity. The bad news is that this practice still goes on at all.

In a virginity check, a woman or girl is examined internally to determine if her hymen is intact. On Friday, the Montreal Gazette reported that the Quebec College of Physicians has firmly warned doctors to stop the practice after healthcare workers reported "five incidents of families seeking virginity checks in the last 18 months in Quebec." In one of the incidents, a school nurse reported that a student said she'd been forced to go to a clinic where "The physician was pressured by the family in the emergency room. The father was very insistent about having the certificate, and to get rid of the problem, the doctor did it." Charles Bernard, president of the Collège des Médecins, told the Gazette this weekend, "Imagine a doctor who does a gynecological examination with the sole purpose of ... it goes beyond the imagination. And it’s degrading to women."

Appallingly, virginity tests are not uncommon throughout the world. The practice was banned in South Africa in 2005, but the Washington Post reported three years later that some South Africans, "who say it is a way to curb teenage pregnancy and AIDS, defiantly embrace the practice." In 2011, Egyptian soldiers clearing out Cairo’s Tahrir Square subjected female detainees to virginity tests. As one protestor later attested, she was slapped and called a prostitute, had electric shocks to her legs, and was subjected to "vulgarity no one can handle." She and the other women were then stripped, and "If a girl said she was a virgin, she was subjected to a 'check up' by someone she didn't know." In India, both rape victims and brides-to-be have been subjected to the tests. Last summer, up to 450 women underwent the test before a mass wedding in the district of Betul. And this August, H.M. Rasyid, the education office head in South Sumatra’s Prabumulih district, announced that girls entering high school will be subjected to a virginity test because "every woman has the right to virginity," and "we expect students not to commit negative acts."

Aside from the primary fact that a virginity test is evil and invasive, it's not even accurate – as any teenager who's ever gone horseback riding or read the instructions in a box of tampons could tell you. As ethicist and researcher Marie-Ève Bouthillier told the Gazette, to assume so "reduces virginity to a piece of skin." Claire Faucher, an assistant clinical professor at the Université de Montréal, says that the World Health Organization considers virginity testing sexual violence against women. And Amnesty International calls it "sexual violence… akin to rape."

In far too many places in this world, a girl's virginity is so highly prized her community is willing to sexually abuse her to try to confirm it. And though an official statement on the ethics of the practice may help curb it in some areas, it's clear from its persistence in places where it's not supposed to exist that it takes a lot more than saying it's wrong to stop it. As Bouthillier notes, testing is easy to perpetuate "because it’s a taboo practice and it’s hidden." That's why more education and enlightenment and protections for girls need to be a serious priority in the healthcare profession, all over the world. Healthcare providers need to be trained to talk to families that request the procedure, and how to handle their demands with sensitivity. Because if a girl's hymen is more prized than her basic human rights, what happens to her next, whatever the result? "What’s hiding behind this demand?" asks Faucher. "What awaits the girl? Is she in danger? Are we giving her a ticket to something more dangerous that may follow a certificate of virginity?"