"What is it going to take for them to do something?," asks the mother of the Maryville, Mo., teen 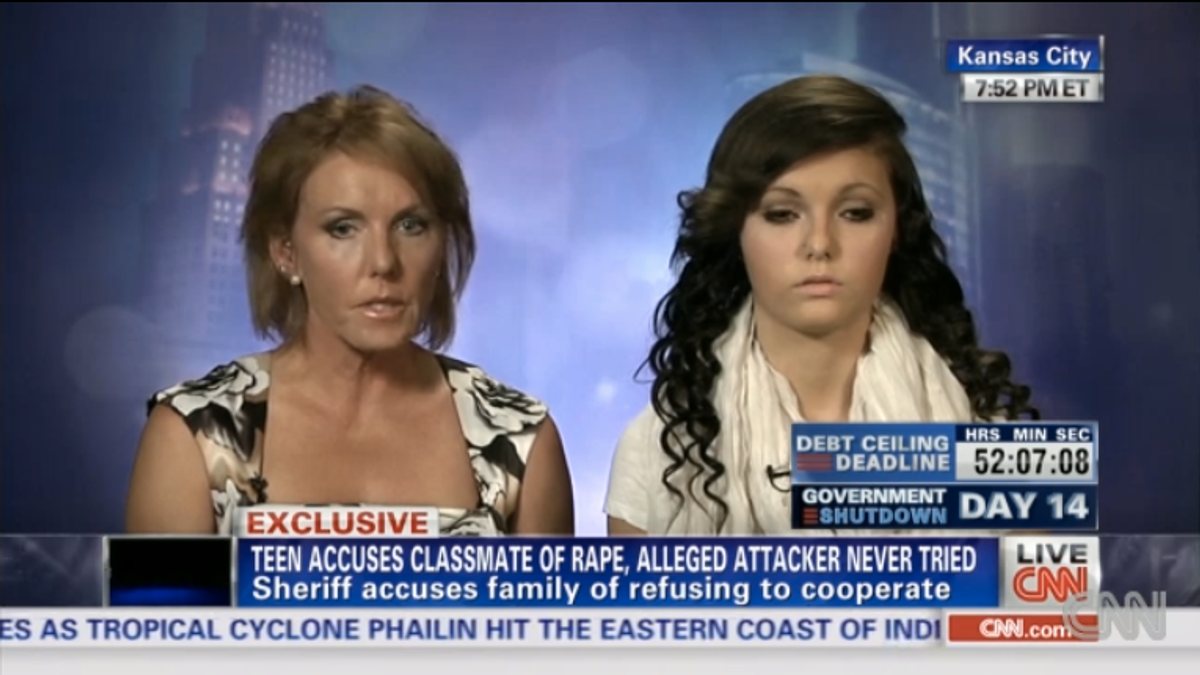 Daisy Coleman appeared on CNN's "Erin Burnett Out Front" on Monday night to share more about her alleged assault by a 17-year-old high school football player with powerful political connections, and the harassment from her peers she experienced after she reported the crime to the police.

Daisy's mother, Melinda, joined her during the segment, saying that her daughter's alleged rapist and his friends may have also assaulted other girls:

The pair also responded to Nodaway County Sheriff Darren White's allegations that the charges were dropped because of their refusal to cooperate with the investigation, saying that they offered their full cooperation.

Both Daisy and Melinda expressed a desire to see the case reopened.