Anonymous and others are responding en masse to Daisy Coleman's alleged assault. But will they take down innocents? 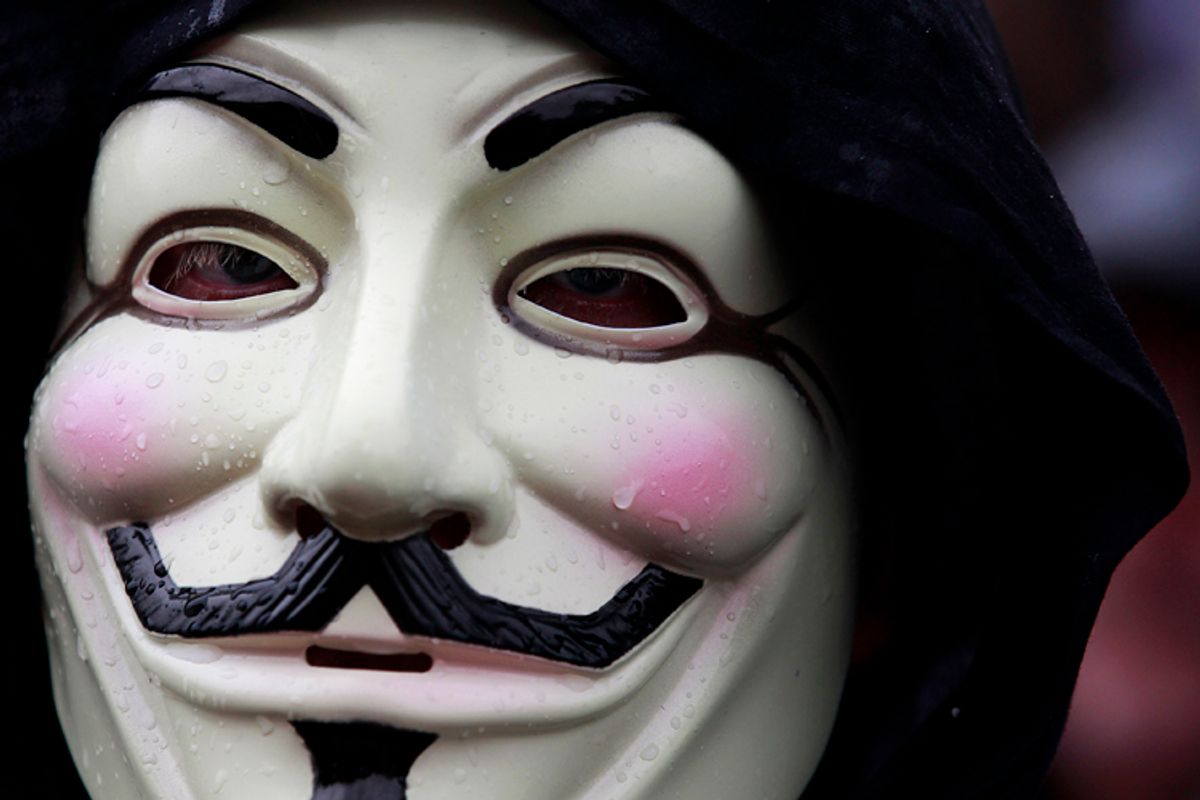 It's already being called this year's Steubenville. But the quest for "Justice for Daisy" is already playing out in very different ways.

When, over the weekend, journalist Dugan Arnett published the outrageous, infuriating tale of what happened to a 14-year-old Maryville, Mo., girl in the Kansas City Star, the story quickly made national headlines. Nearly two years ago, the now 16-year-old Daisy Coleman – she and her family consented to publish her name -- snuck out of the house with a girlfriend during a sleepover. They were picked up by a football player with well-connected family ties named Matthew Barnett. When they arrived at his house, as Arnett wrote, "the girls found themselves among some of the school’s most popular student-athletes." Coleman says she was given two drinks, and that's the last thing she remembers. The next morning, her mother found her passed out on the porch in the subfreezing cold, clad in just a t-shirt and sweatpants. Her hair had frozen. When her mother brought her inside for a warm bath, that's when she saw the signs on her body. That's when the girl told her "it hurt." (A 15-year-old boy later told police of his experience with Coleman's friend. He said that "the girl said 'no' multiple times, he undressed her, put a condom on and had sex with her.") Barnett was arrested and charged with sexual assault and endangering the welfare of a child. Another boy, Jordan Zech, who allegedly recorded what happened that night, was charged with sexual exploitation of a minor. The charges were dropped soon after. Robert Rice, the Nodaway County prosecutor, told the Star, "They were doing what they wanted to do, and there weren’t any consequences. And it’s reprehensible. But is it criminal? No."

In the aftermath of the events, Coleman found herself the target of online harassment, and attempted suicide. Her mother was fired from her job. The family left town, and while their house was still on the market, it mysteriously burned down. Though the full details of what happened to Daisy Coleman that January night are not known, what is clear is that she was incapacitated by alcohol, she was left to freeze to death on her own porch, and then, for her troubles, she was harassed and bullied. The boys involved, meanwhile, managed to move on with almost no consequences.

But now that the story has gained national attention, it's taken a new turn. Inevitably, Anonymous has become involved, demanding "an immediate investigation into the handling by local authorities of Daisy’s case." Both the #justice4rdaisy and #opmaryville hashtags have become a deep repository for news information to put pressure on law enforcement – and the boys involved. And the "Justice for Daisy" campaign has already proven what's possible in a world in which anybody who can Google can be an avenger.

Most notably, local activist Courtney Cole, using a court calendar to determine when Robert Rice would be at Maryville’s courthouse, took to Facebook to organize a protest for next Tuesday morning. (She also included his office phone number and email, for anyone who'd like to be heard but can't attend.) And if Rice is suddenly feeling an uptick in attention, imagine what it's like for Barnett. The Facebook page for University of Central Missouri, where he is currently enrolled, now includes several warnings from posters about "the rapist that attends your college" and messages that "UCM recruits rapists like Matthew Barnett." The Yelp page for the restaurant where he allegedly works? Now it gets "no stars for it being a restaurant of a teen involved in rape/attempted murder" and demands patrons "BOYCOTT THIS RESTAURANT!!!" If you live in America right now and you happen to be named Matthew Barnett or Jordan Zech, you almost assuredly are spending today explaining that you're not THAT Matthew Barnett or Jordan Zech. Their photographs and identifying information – or photographs and identifying information of young men who share their names, at least – are available to anyone looking at the appropriate hashtags. It also takes less than a minute to find the online accounts of Daisy and her friend.

Unfortunately, the likelihood of the steamroller of online vengeance taking down a few innocent bystanders along the way just increases as the story gets bigger. Is a college admissions officer or a coworker at a restaurant necessarily complicit in what was done to Coleman and her friend? Does writing a snarky Yelp review ultimately accomplish anything truly satisfying for the girls? But if there's any small justice whatsoever left in this world, the Kansas City Star story will accomplish exactly what good journalism is supposed to do. It will change things. It will say we've learned from Steubenville and from Rehtaeh Parsons. It will spur a reinvestigation into what happened to Daisy Coleman and her friend. And it will send a long, long overdue message that this is not, in fact, a culture that mistreats and then callously discards its girls.