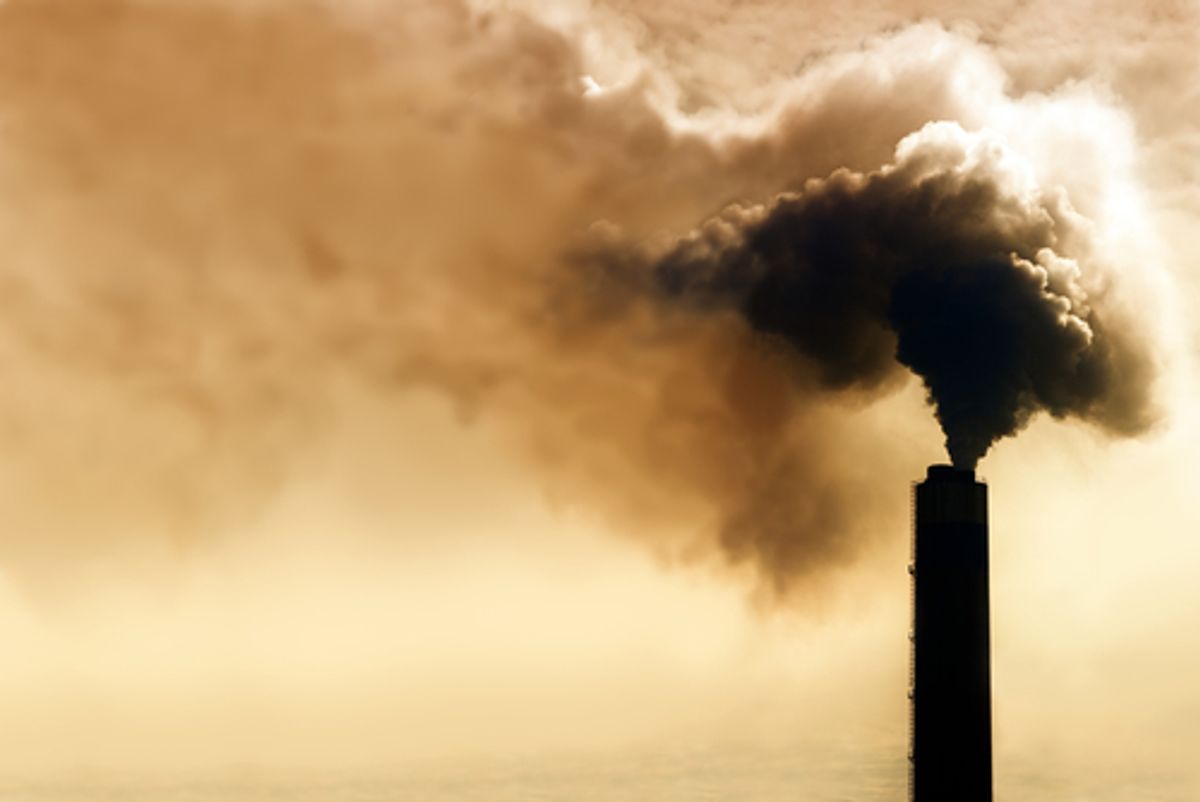 Responding to a deluge of challenges to the Environmental Protection Agency's strict new greenhouse gas emissions regulations for new power plants, the Supreme Court announced today that it will hear a half-dozen appeals from industry trade groups and Republican-led states.

To clarify, the Supreme Court is considering only whether the agency's 2010 finding that emissions from new motor vehicles are harmful to human and health and the planet, and therefore subject to EPA regulation, also applies to "stationary sources" of emissions -- i.e., power plants. As Bloomberg News explains:

The Clean Air Act says the permit requirements apply to stationary sources emitting “any air pollutant.” The EPA says those requirements were automatically triggered once the agency found that greenhouse gases were enough of a threat to warrant vehicle regulations.

Opponents contend the EPA’s plan for phasing in stationary-source requirements proves that the agency’s approach is incompatible with the language of the Clean Air Act.

The six cases accepted by the Court focus on this narrow aspect of the Clean Air Act.

What the Court will not be considering is the EPA's 2010 finding that “elevated concentrations of greenhouse gases in the atmosphere” pose a danger to “current and future generations.” It will also not be revisiting its 2007 decision allowing the EPA to regulate emissions at all. It dismissed three cases that raised those issues.

The EPA announced its regulations for new power plants last month. In an appeal joined by Alaska and the American Farm Bureau Federation, the U.S. Chamber of Commerce called them “the costliest, farthest-reaching and most intrusive regulatory apparatus in the history of the American administrative state." At the moment, 94 percent of the EPA is on furlough, and its opponents have been celebrating its limited ability to enforce any rules.

Whether the agency will be able to impose regulations in the future is now up to the Court. But at least we're all agreed that greenhouse gases are a bad thing, right?