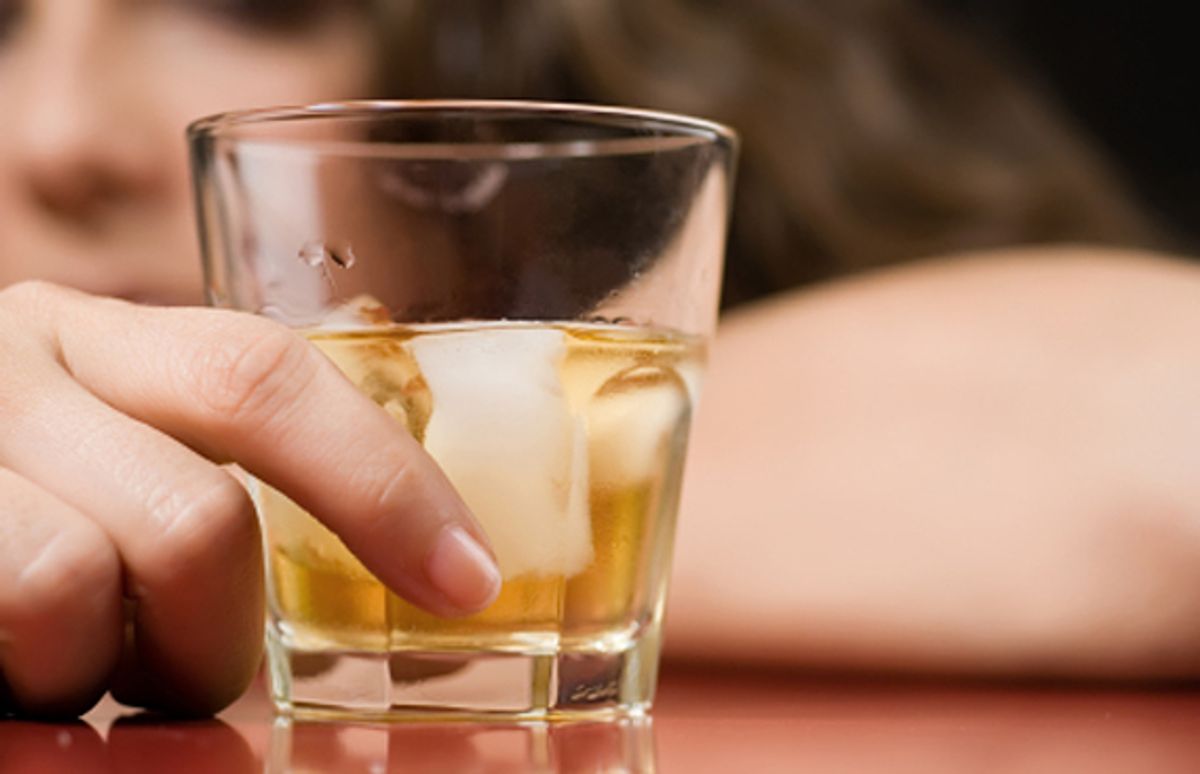 "College Women: Stop Getting Drunk," reads the title of a Wednesday piece by Slate's Emily Yoffe. "It’s closely associated with sexual assault," the headline continues. "And yet we’re reluctant to tell women to stop doing it."

And so begins Yoffe's entreaty that women stop drinking alcohol so that men will stop raping them. Or so that women will not, according to Yoffe, "end up being raped" as a result of their drinking.

There is, of course, a lot to be said about Yoffe's "this is not rape apologia" rape apologia, but let's start with this: Our culture is not, and has never been, "reluctant" to tell women to stop doing things. In fact, people build entire careers around it.

And yet this false idea, that women's behavior is the real reason they are victimized -- and that we live in a society that does a poor job of policing such behavior -- is regularly used to blame sexual violence on the "problem" of young women today.

Richard Cohen and Concerned Women for America have both cited Miley Cyrus' recent embrace of tongue-wagging and half-shirts as a reason that teenage football players rape unconscious 16-year-olds. A judge in Montana declared a 14-year-old rape victim "older than her chronological age" and said she was "as much in control" of the crime committed against her as her 49-year-old rapist. A 14-year-old cheerleader in Missouri is allegedly raped and abandoned outside by her alleged rapist, wearing only a pair of sweatpants and a T-shirt on a freezing morning, and Yoffe points to the girl's consumption of a "big glass of clear liquid" as the real problem in need of addressing.

This is the very definition of rape culture. And it is so completely tired.

These arguments are offensive and damaging to victims, but they are also familiar to the point of being banal. It's the reason why responding to them can be a challenge, because it is hard to find new ways to say the same things.

Like that female sexuality or female vulnerability do not cause rape. That rape is a crime, but that being drunk is not. These things have been written before, and they will most certainly be written again.

Yoffe has plenty of good data to support her argument that binge drinking on college campuses isn't healthy. The over-consumption of alcohol can literally kill people. What it can't do, however, is make a woman responsible for a crime committed against her.

"We are failing to let women know that when they render themselves defenseless, terrible things can be done to them," Yoffe frets. She is wrong. There isn't some vacuum of "truth-telling" about the dangers women face on a daily basis, simply because they are women. Our culture is swimming with examples of women -- in movies, television and real life -- who are "punished" for their "bad choices" with sexual violence. "Bad choices" include wearing a short skirt, staying out too late, getting too drunk, trusting too much. The list of reasons that Americans believe women deserve rape is long.

And, contrary to what Yoffe believes, most young women can easily recall the day they got "the talk" or otherwise learned about protecting themselves in a dangerous world. Women are taught early and often that their basic biology makes them a target.

But what's not being said or taught, and what Yoffe only mentions in the final paragraph of a piece spent blaming women and girls for drinking themselves into victimhood, is what men and boys can do to stop rape. First and foremost, they can not rape.

Yoffe notes that, if she had a son, she would tell him not to binge drink so that he wouldn't "find himself accused of raping a drunken classmate" (a chilling framing, really, since it casts suspicion on the credibility of even a hypothetical rape victim's accusation); this is, perhaps, the piece she should have written.

To tell her young, hypothetical son -- and all of the young, not-so-hypothetical sons of others -- not to rape women. Clearly, it is advice they need to hear.